Toldot: All My Children 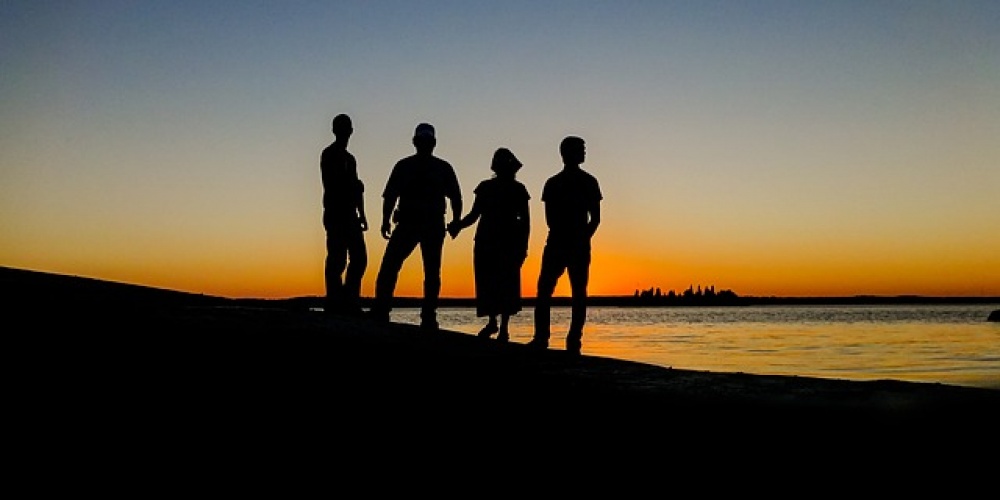 It is hard to imagine a more disparate couple than Yitzchak and Rivka, the quiet contemplative husband who would "meditate in the fields" (24:63), and the worldly, independent-thinking wife who “ran again to the well” (Breisheet 20:24). Yitzchak spent his entire life in the land of Israel, never traveling the world. He was, as our Sages describe him, "a pure offering", ready to sacrifice himself to G-d. He could see no evil in others, and thus could be easily fooled by both Eisav and Yaakov.

Rivka, on the other hand—having been exposed to deceit from childhood—was adept in the ways of the world. She could see right through the righteous façade of others. In addition to differences in personality and background, there was a significant age gap. A mature, forty-year-old Yitzchak married a much younger "na'arah", young adolescent. Opposites often do attract.

"And he took Rivka to be his wife and he loved her and he was comforted after his mother" (Breisheet 24:67). For three long years, Yitzchak had been mourning for his mother. No doubt his inability to find comfort was exacerbated by the fact that, apparently, Yitzchak did not attend his mother's funeral. The Torah goes into great detail describing the funeral; and while Abraham was front and centre, Yitzchak is nowhere to be found. Rivka must have had a special understanding of the unique personality of Yitzchak, bringing him tremendous peace and comfort.

Their love for each other is described in almost graphic terms during their long sojourn in Gerar. "And he looked, and behold Yitzchak was 'playing' (mezachek) with his wife Rivka" (Breisheet 25:9); the word mezachek being a euphemism for conjugal relations. Hence, immediately thereafter, Avimelach realized that they were actually husband and wife, and instructed his people not to lay a hand on them.

Despite this love for each other they had differing preferences regarding their children. "And Yitzchak loved Eisav as game was in his mouth; and Rivka loved Yaakov" (Breisheet 25:28). Here too, opposites attract. Yitzchak saw in Eisav much that he "lacked"; aggressiveness, worldliness, and street smarts. Rivka was attracted to Yaakov, a "man of purity who dwelt in tents", something missing from her upbringing.

Yet Yitzchak and Rivka loved both of their children. Despite the fact that Yitzchak was tricked by Yaakov, we are told that "Yitzchak called Yaakov and blessed him" (Breisheet 28:1) before instructing him to go to his uncle's home in order to find a wife. The Seforno (Breisheet 25:28) actually claims that when the Torah tells us that Yitzchak loved Eisav it means he also loved Eisav; presumably, his natural love for Yaakov was so obvious it need not be stated.

Rivka, despite her role in usurping the blessing meant for Eisav, clearly cared deeply for both her children. She urged Yaakov to escape, not just to save his life, but to safeguard the life of Eisav as well; thus, she exclaims, “Why should I be bereaved of both of you on the same day?” (Breisheet 27:45). Rivka is described as "the mother of Yaakov and Eisav" (Breisheet 28:5), highlighting her concern for both of her children. She, along with Yitzchak, was greatly disturbed when Eisav married Canaanite wives, as she was apparently hoping that he too would remain within the Abrahamic tradition.

Yet, strangely, it appears that Yitzchak and Rivka were somewhat removed from their children's lives. While the Torah describes the celebration that Abraham held "on the day Yitzchak was weaned", no such party is thrown for Eisav and Yaakov, despite their parent's long wait for children of their own. All we are told is "and the lads grew up" (Breisheet 25:27), as if they did so on their own. In contrast to Yitzchak and Yishmael, there was no attempt to protect Yaakov from any potential negative influences from his brother. The parents seem unaware of the sale of the birthright to Yaakov. When famine strikes, the Torah describes the move of Yitzchak and Rivka to Gerar in great detail, yet the children are not mentioned; it seems as if they did not even accompany their parents. This would help explain the attempt of Yitzchak and Rivka to pass themselves off as brother and sister.

Even at death, the Torah hints at distance within the family. There was no outpouring of grief at the death of Rivka; her passing is not even mentioned in the Bible. While Yaakov and Eisav bury their father there is no mention of his burial place (see 35:28-29), whereas the death and burial of Abraham and Sarah are described in great detail. Ironically, the final descriptions of the relationship between Eisav and Yaakov are the hugging, kissing and tears they shared after a long separation, and their joint burial of their father. No such affection marks the reunion of Yaakov and Yitzchak.

Viewed through the prism of the text itself, the family dynamics of our founding families are most complex and often at odds with the neat portrayal of good and bad taught to us as children. It is through the study of this complexity that we become better equipped to deal with our own challenges. May we study well.