Terumah: I Love My Partner 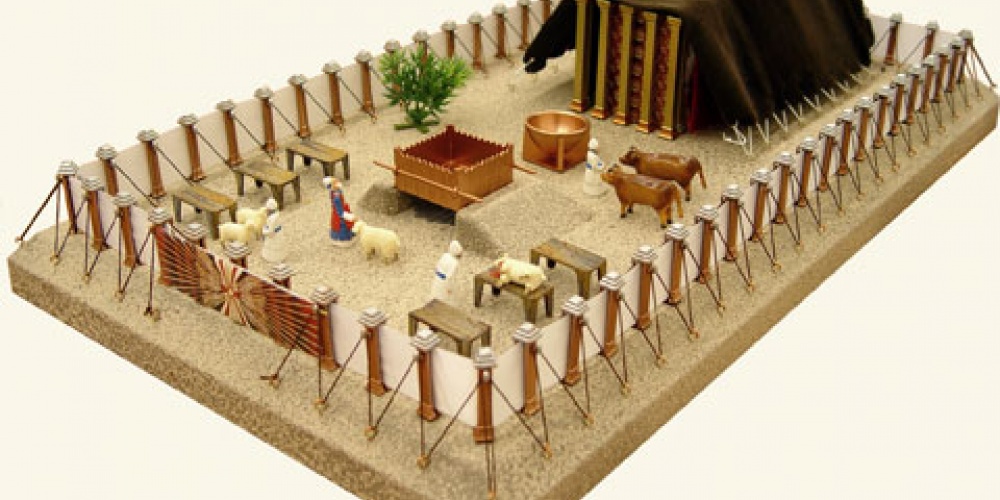 The Torah begins with G-d’s creation of the world, a world that was purposeless without man. “Fill the earth and conquer it” (Breisheet 1:28) is G-d’s mandate to man to help complete the process of creation.

The mirror image is reflected in the construction of the mishkan. It is man who builds a beautiful structured edifice, to exacting specifications. Yet such a building is purposeless without G-d. “And make for Me a mikdash, and I will dwell therein” (Shemot 25:8).

We thus have two creation stories—one initiated by G-d, and the second initiated by man. In between is the story of the choosing of the Jewish people, and their development from slaves to Pharaoh into the G-d-given freedom at Sinai.

“In ten utterances, G-d created the world” (Pirkei Avot 5:1). The language of creation is that of "vayomer, and G-d said”. G-d’s medium of connecting to man is through speech. Conversely, in the construction of the Mishkan, it is the deed; v’ashu and veasheeta, “to do”, that repeats itself over and over. For man, speech accomplishes little—it is actions that count. Unlike G-d, for Whom speech and action are synonymous, man’s speech can only serve as a catalyst for action. Left alone, it accomplishes little at best; and at worst, it can be hypocritical. Whether we recite viddui, confession, on Yom Kippur, our daily prayers, or even Talmud Torah, lo hamidrash ikkar elah hamaseh, it is not learning but doing that is the main thing (Avot 1:17), or as we say in English, actions speak louder than words. It is true that, after debating for many years, the Talmud (Kiddushin 40b) reaches the conclusion that learning is greater than action; yet the Talmud says that is only so because learning leads to action.

G-d commanded man to conquer the world, “to work it and protect it” (Breisheet 2:15). Doing so requires the use of one’s brain. Each generation builds on the accomplishments of previous generations, allowing man to benefit from the collective wisdom of generations.

While the brain can supply a method for conquering the world, it is the heart that is needed to bring G-d’s presence to earth. “Take for Me a gift from everyone whose heart desires” (Shemot 25:2). It is attitude, not actions, that matter; how we do something is more important than how much we do.

This is readily understandable regarding mitzvoth between man and G-d, where G-d has little need for our specific actions. Yet this is also true regarding mitzvoth between man and man, where one might think it’s the bottom line that counts. It is not! So, for example, giving less tzedakah, but with a smile, is considered a greater mitzvah than giving more begrudgingly. While forced tzedakah may help the poor, it does little to develop the character of the donor. G-d surely has no need for gifts to His Temple if they are not given with a full heart.

While the gifts for the construction of the Mishkan had to be given with a full heart, everyone—whether they so desired or not—was commanded to contribute a half shekel a year for upkeep of the Mishkan. This was a communal tax, and one’s desires played no role.

One cannot be forced to feel the presence of G-d, or to develop a relationship with Him. But we can force all to participate in the running of the community. The Torah well understood that there would be many volunteers to contribute towards the building of a Mishkan. It is the maintenance of those buildings that would need a communal tax.

Building a community, or a country for that matter, requires volunteers with great vision and economic means. Maintaining that community requires the efforts of all. It requires both the head and the heart, allowing us to complete G-d’s work—and G-d to dwell in our midst.