Taanit 9: Give So You Can Get 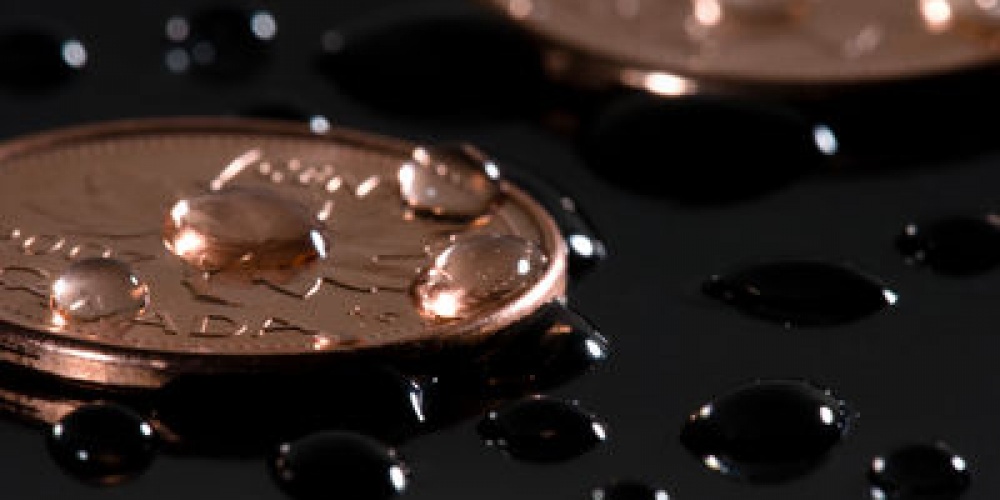 "If not for my covenant, day and night, the laws of heaven and earth, I would not have created" (Yirmiyahu 33:25). Classical Jewish thought saw the spiritual and physical worlds as parallel ones working in tandem. Weakness in one area impacted on the other. It is readily apparent how physical weakness limits our ability to grow spiritually—one who is hungry or persecuted is unlikely to have much energy for spiritual pursuits. But it is a two-way street—spiritual weakness can also have a negative impact on the physical world. This was not something invented by our Sages, but by G-d Himself. This motif is most famously expressed in the second paragraph of the shema, where the abundance of rain or lack thereof (at least in the land of Israel) is attributed to the actions of the Jewish people. In this worldview, nature was to be viewed as conveying a message to man.

Instead of seeing man as powerless in the face of nature (or history), the Sages taught that our actions impact not only our surroundings, but also on nature itself. Rather than being viewed as simple cause-and-effect—something no human can truly know—teachings such as the "Temple was destroyed because of free hatred" (Yoma 9b) underscore the seriousness with which the rabbis viewed certain activities. Using their keen analysis and historic insight, they then attempted to link actual events to the particular shortcomings of their generation. Whether or not the rabbis believed this literally or used such as a technique to drive home important messages does not really matter. Nature was to be viewed as conveying a message to man.

If rain was a reward, then the lack of it was a punishment. But for what? One possibility is suggested by Rav Yochanan, who taught "the rains only stop because of those who publicly pledge tzedakah, yet do not give" (Ta'anit 8b). Both poor and wealthy are dependent on rain for their sustenance. All the money in the world won't do any good if there are no crops to harvest. Yet even when economic times are good, those who do not receive a share in the bounty are dependent on those who do. It is bad enough when those who can help refuse to do so; but when they do not come forth with their pledges, the disappointment and despair of the needy is multiplied many times over. "Better not to pledge, than to pledge and not fulfill" (Kohelet 5:4). As they deprive others of their needs, they, too, will be deprived of the ingredients that enable success.

In what might appear counterintuitive, Rav Yochanan follows up this teaching with one that says that the more you give away, the more you will have. While this is readily understood on a moral and emotional level, Rav Yochanan claims such is true on an economic level as well. "What is the meaning of the verse 'aser, te'asher'", which details the obligation of the second tithe, Rav Yochanan asks? Using a play on the word te'asher--which in this context means "to tithe", but if read with a shin instead of a sin as titasher, it means "to become wealthy", Rav Yochanan teaches that "aser, tithe, so that titasher, you can become wealthy" (Ta'anit 9a). When we share with others, the returns are not limited to the wonderful feelings people have when they know they are making a difference; the act of giving can actually aid in building one's own personal wealth.

May I suggest the following explanation. Many studies (and I think one does not need a scientific study to demonstrate this) have shown that money does not buy happiness, and that many middle-income people are just as happy or even happier than the super-wealthy; as our Sages phrase it, "The more money, the more worries" (Avot 2:7).  We all can attest that when people feel good about themselves, they are much more likely to have even greater success. So it should come as no surprise that those who help others will be acting in the very ways that are likely to lead to their own personal success. While money can't buy happiness, happiness can "buy" money[1].

The Gemara continues on to tell us that Rav Yochanan, like a concerned uncle, approached his nephew, the son of Reish Lakish, to teach him some Torah. The young child, whose name is we are not told[2], quotes him the teaching "aser, tithe, so that titasher, you will become wealthy", or to use modern parlance, give so that you will get. When Rav Yochanan challenged him, asking how he knows this, he responded, "Go test it". To this, the Gemara responds, "And is it right to test G-d? But it is written [in the Torah], "Do not test the Lord" (Devarim 6:16). Amazingly, the Gemara responds, based on a verse in the Book of Malachai that maaser, tithing, is an exception to this rule, and one may test G-d in this area. It is this concept that stands behind the rabbinic teaching that, "one who says this charity is so my child will live, or that I may merit the world to come—he is a tzadik gamur, totally righteous[3]" (Rosh Hashanah 4a).

Apparently, helping others is so important that G-d Himself is "mochel on His kavod", foregoes His honour, allowing and even encouraging people to test Him. If only more people would sit for this test, and make G-d's test harder by giving more to others.

[1] Hebrew is such a rich language: the obligation to give, ונתנו, is a palindrome, suggesting that which we give will come back to us. The liturgical note on the word is a kadama ve'azla, which is shaped like a circle with a small opening on the top and the bottom. Wealth, our Sages note, is a galgal chozer beolam, a circle with the rich and poor changing positions from one generation to the next.

[2] As a general rule, the Talmud only quotes by name scholars of the very first rank. However, our Sages understood there was much wisdom in the common man, and would thus often quote their teachings anonymously. The teaching is more important than the teacher.

[3] There is a debate amongst the commentaries as to whether this testing only works for actual tithes, or works for all forms of charity. Perhaps the first view is cognizant of how the intense labor involved in farming makes giving away up to 22% of one's produce exceptionally difficult, much more so than writing a cheque. Perhaps!