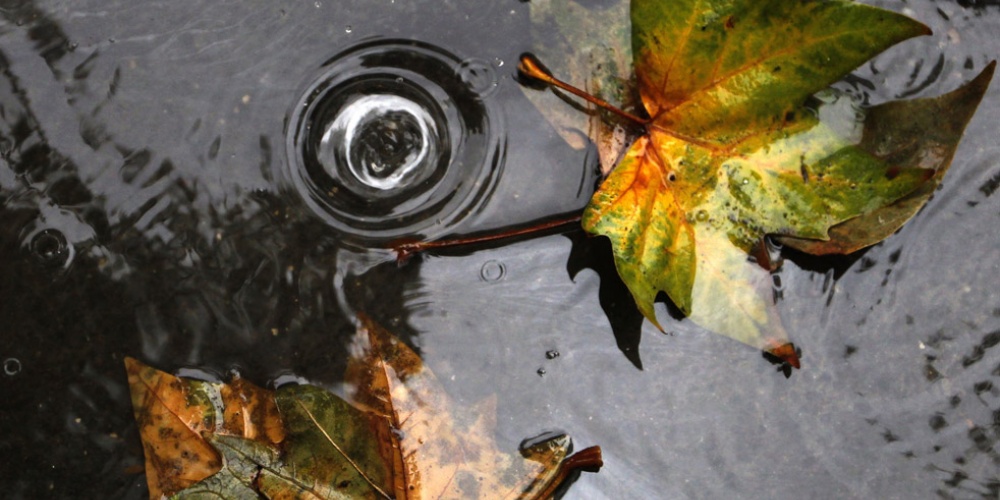 Living in Canada, it is hard to get excited about rain. Often it puts a damper on nice summer plans. Even in Israel, where water is so much more of a precious resource, modern methods of irrigation and desalination have allowed the much smaller amount of rain that has fallen in many recent years to go almost unnoticed. Such was not the case in Talmudic times. As we have previously noted, the primary theme of Masechet Ta'anit is the elaborate system of fast days if rain did not come on time—as even a delay of a few weeks of rain could be catastrophic. Rain was so appreciated that, in discussing exactly where in the shmoneh esrei we should acknowledge G-d's blessing of rain by mentioning masheev haruch umoreed hageshem, "Rav Yosef said: since it (rain) is equal to the resurrection of the dead, they established it [in the blessing] of the resurrection of the dead" (Ta'anit 7a). And Rav Yosef's view is the more "moderate" one. "Rav Avahu said: greater is the day on which it rains than the day of the resurrection. For resurrection is only for the righteous, whereas rain benefits both the righteous and the wicked".

Rav Avahu, it seems to me, is teaching another striking lesson. In the context of the Gemara, the "wicked" are most likely those who do not follow the dictates of the Torah. In the eyes of today's society, we may view this person as making an error; but few—at least in the circles I travel in—would label such a person wicked[2]. Yet in the religious milieu of Talmudic times, sinning was equated with evil. Nonetheless, Rav Avahu "proves" that rain is greater than resurrection because even the "wicked" benefit from rain, no less than the righteous. We are to rejoice in the blessings of the "non-observant".

There is a third message here. While we may view nature as something natural going almost unnoticed, if we were to meet some of our resurrected relatives, we would not take such in our stride. We would be in a state of unbelievable wonder and joy. Yet nature itself is a miracle no less impressive than resurrection. While we may know it theoretically, we need to know it emotionally.

Rav Yosef and Rav Avahu's teachings are followed by a similar discussion—this time regarding Torah. "Rav Yehudah said: Great is the day of rain as the day the Torah was given...Rava said: Greater than the day the Torah was given". Man is endowed with a body and a soul, and both are needed in the service of G-d. We need both physical and spiritual sustenance. Rain gives us the former and Torah the latter, and any diminution of one hurts the other. "If there is no flour, there is no Torah; if there is no Torah, there is no flour" (Avot 3:17). One who must worry about his physical needs has little time or interest to worry about spiritual growth. Having our basic needs—symbolized by water—taken care of is, Rava claims, even greater than having our spiritual needs—symbolized by Torah—taken care of. It is this idea behind the Rav Yisrael Salanter's teaching that we must worry about the physical needs of others, and the spiritual needs of ourselves. That the two go hand-in-hand is expressed by our tradition that sees water not only as providing for our physical needs, but as a metaphor for Torah itself. "And they travelled for three days without water" (Shemot 15:22) is the source that we cannot go for three days without a public reading of the Torah.

Taken on its most basic level, our Sages were appreciative of the simplest blessings and took nothing for granted. It is in the day-to-day, mundane aspects of life, and not the supernatural, where G-d's blessings are most manifest.

[1] The Talmudic expression teiku, used when the Sages are unable to resolve an issue, means "it will stand". The popular teachings that it is an acronym for tishbi yetaretz kushiot vabayot, that Eliyahu Hanavi will resolve all such issues, was a way to convey our belief in the coming of the Messiah, but it was not meant literally. In fact, prophets are forbidden to rule on matters of Jewish law, which is the sole prerogative of the Sages of the day.

[2] The list of responsa ruling that, due to the post-enlightenment wholesale abandonment of religion, sinners are to be viewed in a much different light is long indeed. Perhaps the classic responsa is that of Rav Yakov Ettlinger (teacher of Rav Shimshon Raphael Hirsch), Binyan Tzion Hachadashot #23, where he notes that many Jews, while not Orthodox, are deeply connected to their Judaism, and the many negative strictures for sinners no longer apply.