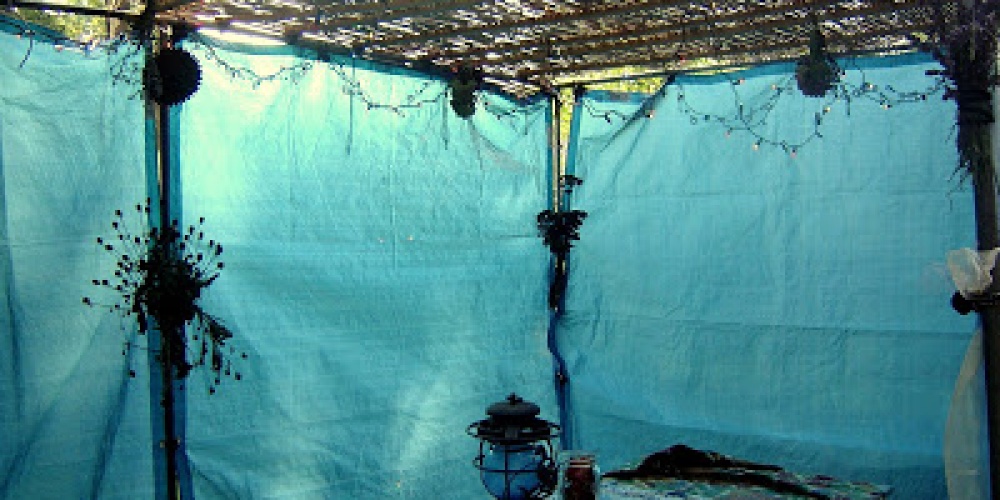 Pesach and Sukkot are the twin pillars of the Jewish year. They are exactly six months apart, each on the fifteenth day of the first month of their respective years. Pesach marks the apex of the lunar year that begins in Nissan, and Sukkot does the same for Tishrei, the beginning of the solar year. That both these holidays begin on the 15th of the month is no coincidence, as it on the 15th that the moon is full. Like the moon, the Jewish people wax and wane, with moments when we are strong and times where we are barely noticeable. Sanctifying the new moon, to use time to its fullest, is the first mitzvah given to the Jewish people. It was the prerequisite to nation-building; a stark contrast to Egypt, where time had no value. A slave lacks, in the words of Rav Soloveitchik, time awareness, and surely is unable to sanctify time.

Sukkot represents the temporary nature of man: "The preeminence of man over animals is nothing, for all is vanity, hakol hevel". It is the book of Kohelet, hevel havelim amar kohelet..hakol havel, that we read on Sukkot. We live in a temporary hut, one fit for animals, because ultimately our sojourn on earth is a most temporary one. Sukkot is celebrated as nature is "dying" all around us.

If Sukkot is our place of residence on Sukkot, Pesach is the holiday of the home. "On the tenth of the month they should take for themselves each person a lamb for their father's house, a lamb for each house. And if the house has too few people...then he and his neighbour who is close to his house..." (Shemot 12:3-4). No less than seven times does the term bayit appear in the instructions of the pascal lamb. On Pesach, we rejoice in the strength of man--it is a leil sheemurim, where man, who is so vulnerable on Sukkot, is so secure on Pesach.

Yet on Pesach, we travel to Sukkot. At the time when all is well with the Jewish people, we must be cognizant that life consists of both Pesach and Sukkot. We dare not get too complacent.

And it was at Sukkot that Yaakov built a home. No matter how bleak things we look we can be confident that Pesach is around the corner. We dare not get too despondent. Chag Sameach!

[1] Whether or not this was the same Sukkot the Jewish people travelled to is of little significance. If it was not, then even greater significance can be attached to the common name.