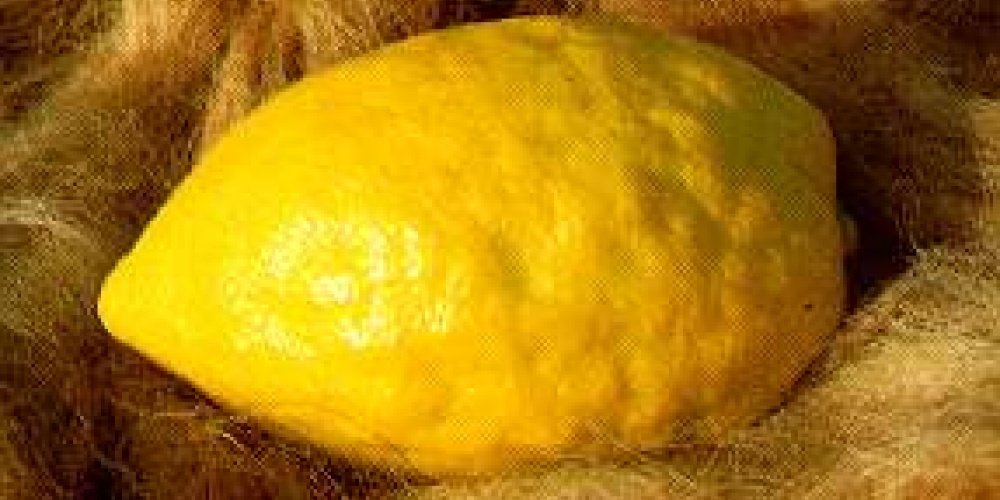 The Rambam in his introduction to the Mishna divides the Oral Law into various categories. He begins with what he terms peirushim hamekubalim miSinai, explanations that were received from Sinai. These are explanations of the biblical text that have been passed down from generation to generation and thus, claims the Rambam there never has been and never can be a debate as to their meaning. Included in this group is the definition of pri etz hadar as an etrog.

What distinguishes these peirushuim from the better-known category of halacha leMoshe MiSinai[1] is that in the latter there is absolutely no textual reference to the particular law. There is for example absolutely no way to derive from any possible reading of the text that tefillin must be black or, to use an example from our masechet, the law of lavud, that items less than three tefachim, handbreadths, (approximately nine inches) apart are considered joined together[2]. While peirushim hamekubalim miSinai also are part of a received tradition one can find reference to them in the biblical text. As with all biblical texts there are a variety of possible interpretations of that text and pri etz hadar is no exception.

The Gemara (Sukkah 35a) quotes four possible approaches to demonstrate that pri etz hadar is referring to an etrog. Noting that the terms pri a fruit and etz a tree seem to be contradictory the Gemara deduces that it must be something which "the taste of the tree and its fruit is the same, this is a reference to an etrog". Such a fruit where the bark and tree are one is most hadar, beautiful.

While hadar means beautiful, the word hadar can be read as two words ha dar, the one that lives. Thus we have, Rabbi Abbahu explaining that pri etz hadar is a fruit that "lives on the tree from year to year". Unlike most other fruits that are harvested once a year, the etrog tree gives its fruit throughout the year and at any give time the etrog tree will have etrogim of various sizes and degrees of ripeness. Using a play on the words hadar and hadir, a stable[3] Rebbe teaches the same concept. Just as a stable has all shapes and sizes of animals, so does an etrog tree have various shapes and sizes of etrogim at any given time. Ben Azzai expands the meaning of hadar beyond the Hebrew language linking it to the Greek word for water, idur, identifying the etrog as a fruit that needs constant watering to grow.

These etymologies are more than just word plays - especially since the identity of a pri etz hadar was based on tradition dating back to Sinai. The etrog represents the continuity and consistency of Jewish tradition. The "'etrog' does not fall far from the tree", generation after generation of Jews gains sustenance from the same source. Every generation adds its own recipes but the basic ingredients of a Jewish life do not change. And Jewish life, like the etrog, is to be observed 24/7, giving its fruit day in and day out[4].

The etrog tree has fruit of various shapes and sizes growing together on the same tree. It is the etrog that represents the ideal Jew- steeped both in learning and good deeds (Vayikra Rabba 30:12). And the ideal Jewish community consists of people of various "shapes and sizes", all sharing the same roots but branching out in their own unique way, so that we can fully experience the rich taste of Jewish life.

An etrog is not the only fruit "where the tree and the fruit taste alike". The law of orlah, forbidding us to derive any benefit from a tree during its first three, is introduced with the expression, "and you shall plant any etz ma'achal, tree for food" (Vayikra 19:23).  As the Torah is specifically referencing trees planted for eating the seemingly redundant word ma'achal teaches that these laws also apply "where the tree and the fruit taste alike, this is a reference to the pepper tree[5], to teach that peppers are obligated in orlah and the land of Israel does not lack anything".

While this is a beautiful expression of the love for the land of Israel why exactly the presence of pepper is an indication of such is not explained. Perhaps the following offers some insight.

Not only does Israel contain the basic needs of life - in biblical times that meant a land of great agriculture, which is how the land is so often praised[6] - it offers the extras that man yearns for. Israel is full of the "condiments of life". Not surprisingly that other great spice, salt is also produced in abundance in Israel.

That Israel has the potential to offer everything life needs is a message most relevant to Purim. Purim's primary message is how precarious life in the Diaspora is for the Jews. While Jerusalem was an unwalled city at Purim time the Sages decreed that for purposes of reading the Megillah we date the need for a wall to the time of Yehoshua bin Nun in order "to give honour to the land of Israel". Purim and pepper are just two aspects that demonstrate that "the land of Israel is missing nothing".

[1] The other three categories are laws derived by means of logical argument; laws established by the rabbis in every generation; and customs.

[2] It is on the basis of the law of lavud that one can have up to threetefachim of air space between the poles of schach or that one may use poles say eight inches apart as walls for the sukkah.

[3] Recall that there are no vowels in the biblical text so that the letters h d r can be read both as hadar and hadir.

[4] This explains the view (quoted in the introduction to the Ein Yaakov) that the most important verse in the Bible is "you shall offer the one sheep in the morning and the second sheep in the evening" (Shemot 29:39). The same sacrifice is to be brought every single day - bar none.

[5] The pepper is disqualified for use on sukkot only because of its size. To take one pepper would be so small as to not be noticeable and to take more would not be in keeping with the use of the singularpri etz indicating that only one is needed.

[6] It should thus be no surprise that Israel's recent discovery of giant natural gas reserves has the potential to change the world energy dynamic.