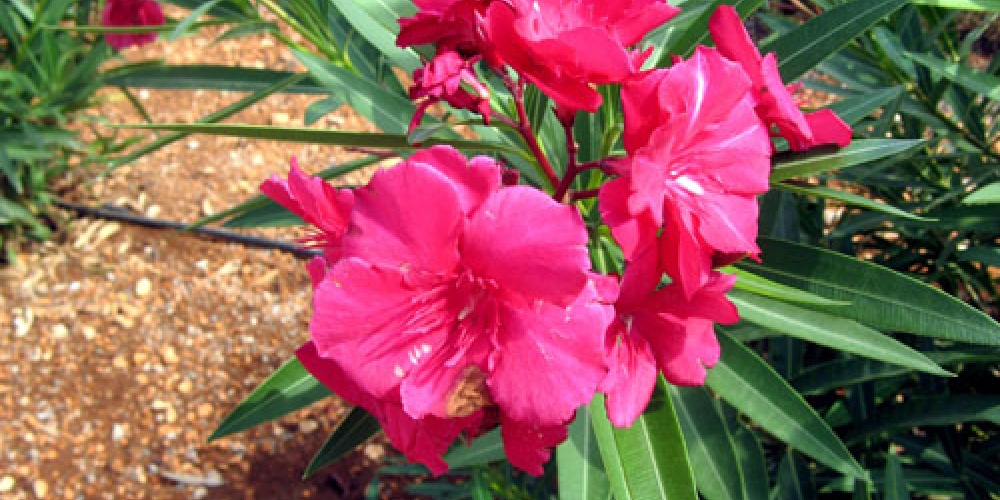 "And you shall take for yourself on the first day pri etz hadar, a beautiful fruit tree, kapot temarim, branches of date palms, anaf etz avot, twigs of a plaited tree, and arevei nachal, willows of the brook, and rejoice before the Lord your G-d for seven days" (Vayikra 23:40). Yet without the Oral Law, we would be unable to figure out exactly which four species we are to take. There are many fruits that are quite beautiful, and it is unlikely that many would, on their own, identify pri etz hadar as an etrog. Surely a hadas is not the only plaited tree, and there are many types of willow trees.

The Gemara (Sukkah 32a) carefully analyzes the language of the Torah, enabling them to link the text to their received tradition. Whilekapot temarim[1] translates as "branches of the palm", the letters k-p-t can also be read as kafot, to tie up. It is this reading which the Gemara uses in explaining that the lulav must be from that part of the tree that could spread apart, something that excludes the bark of the date tree. In explaining why one may not use kufra, a palm shoot, Abaye quotes the verse, "Its ways are the ways of pleasantness, and all its paths are peace" (Mishlei 3:17). These shoots are prickly and are painful and uncomfortable to hold, violating the Torah's emphasis on pleasantness and peace.

We find a very similar idea with the anaf eitz avot. The Gemara (ibid) identifies it as a hadas, a myrtle tree, based on the fact that "its shoots cover its branches". While such also applies to an olive tree, the Gemara explains that an olive lacks the condition of avot, plaited like a wreath. When the Gemara questions why we may not use oleander, Abaye once again quotes the verse, "Its ways are the ways of pleasantness, and all its paths are peace". It, too, is a prickly tree, and is unfit to be used in the service of G-d. In this instance, Rava quotes a second verse to invalidate oleander, "Truth and peace you shall love" (Zecharya 8:19). While Tosafot understands Rava to use a different verse to explain this same principle, Rashi understands Rava to be referring to the fact that the oleander tree is poisonous and, as such, represents neither truth nor peace.

Defining the precise meaning of arvei nachal also contains a most important message. The tzafzefah, a mountain willow, is invalidated because it is not considered arvei nachal, something that grows by anachal, a body of water. "Rabbi Abbahu explained, The Holy One, blessed be He, said, 'I intended that Israel should be before Me as something placed beside many waters, that is, a willow, and they have made themselves as a tzafzefah of the mountains" (Sukkah 34a). The Maharsha refers us to a passage in Avodah Zara 5b where the Gemara expounds on the verse, "Blessed is the one who plants by water"  (Isaiah 32:20), equating planting with charity and water with Torah. Tzedakah, in its optimal format, means to help others become self-sufficient, so that they will no longer require charity. The fruits of those plantings are then reaped for many years to come. And as water is our physical lifeline, Torah is our spiritual one.

Sukkot is the holiday that celebrates Jewish unity (Vayikra Rabba 30:12), with each of the four species representing a different type of Jew. As a harvest festival, it is the time when we are most cognizant of sharing with others. It is the time we are meant to ensure that our tithes have been distributed. It is the time meant for the coming together of Jews in peace and pleasantness[2]. And it is thus the time for G-d to spread the canopy of peace upon us[3].

[1] While the Torah lists the arba minim in order of importance--the etrog with its fragrant smell and edible quality listed first, and the lowly arava last, the Mishnah begins with the lulav. We accept the view that lulav tzarech eged* (Sukkah 11b), that the hadas andarava are to be joined to the lulav, making the lulav the most noticeable of the four species (and being the reason we make the bracha on the lulav)(Sukkah 37b). Only after discussing these three species does the Mishnah discuss the laws of the etrog.
(*It is not by chance the Israeli bus company is known as Egged, bringing together people from around the country.)

[2] This could be another reason (one I had not thought of here) why the Gemara teaches that one may not use a stolen object in the performance of a mitzvah specifically by Sukkot. As the time of peace and Jewish unity, violating another is most unbecoming.

[3] It is not by chance that Solomon dedicated the Temple during the time of Sukkot. The Temple is meant to bring us together, and if we are unable to be brought together, if we are consumed with fighting, we lose our right to the Temple.