Some Thoughts on the Conclusion of Masechet Ketubot 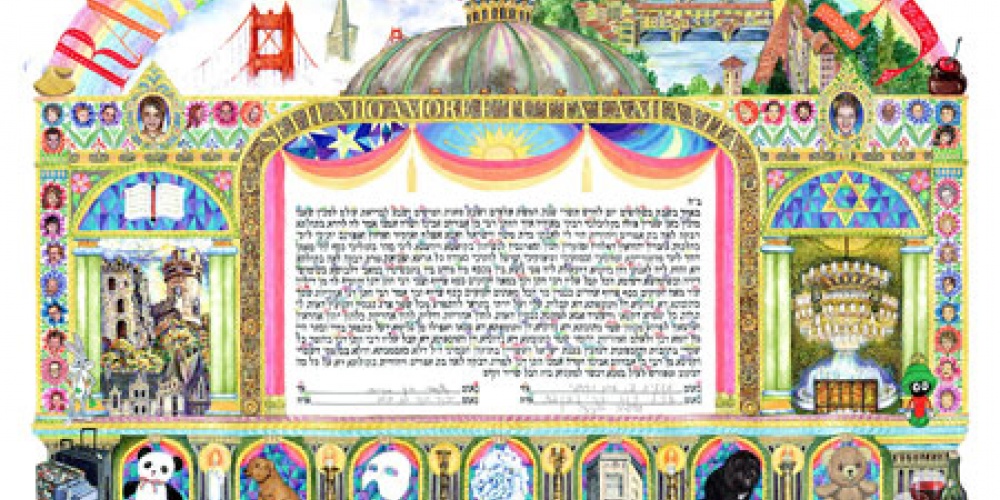 One of the major benefits of studying Daf Yomi is that one is exposed to the entire breadth of the (Babylonian) Talmud, something one may not manage even after many years of yeshiva study. In most yeshivot, the focus is on in-depth analysis of the legal portions of the Talmud. Only certain masechetot are generally studied[1], and more often than not, when the aggadic, non-legal sections of the Gemara are encountered, they are skipped. One can debate the wisdom of such an approach--and there are valid reasons for such--but it is the aggadah that adds so much richness to our study. Penetrating the meaning of many of the aggadic sections is often most difficult, but most rewarding[2].

What is often overlooked is that the aggadic portions of any given masechet are not random. They most surely do not reflect random tangents that may have occurred in the Beit Midrash. Rather, they are precisely located, often reflecting the theme of the masechet, and add layers of meaning to the legal discussion at hand.

Thus, we find the stories relating to the destruction of Jerusalem and the subsequent exile recorded in Masechet Gittin, the tractate that deals with the laws of divorce. There is the human divorce of husband and wife, and the "divorce" of G-d and the Jewish people. Just as a divorced woman "leaves the home", the Jewish people were exiled from their home to the four corners of the earth. And this separation was a most difficult one, causing a diminution of G-d's presence in the world. As the prophet Yirmiyahu tells us as he laments the destruction, "even as I cry and pray to you, satam tefilati, my prayer is blocked" (Eicha 3:8)[3]. Human behaviour has a great impact not only on others, but on G-d Himself.

Yet if Gittin marks the severing of what once were warm relationships, the Ketuba is the bond that marks the love of man and woman, and that of G-d towards the Jewish people. Whereas Gittin marks our distance from G-d, Ketubot details the closeness of G-d and the Jewish people. The stories of exile in Gittin are replaced by those relating to the beauty and unique status of the Land of Israel.

As we come to the end of the Masechet, having spent over 100 pages discussing the human Ketuba, and the relationship it represents, we turn to reflect on God’s special relationship with the Jewish people, seen specifically in Eretz Yisrael. To list just a few examples: "Our Rabbis taught: One should always live in the Land of Israel, even in a town most of whose inhabitants are idolaters, but let no one live outside the Land, even in a town most of whose inhabitants are Israelites; for whoever lives in the Land of Israel may be considered to have a God, but whoever lives outside the Land may be regarded as one who has no God" (Ketubot 110b)..."Rabbi Eleazar said: Whoever lives in the Land of Israel lives without sin"(ibid 111a)... "Rav Yirmiya ben Abba said in the name of Rav Yochanan, that whoever walks four cubits in the Land of Israel is assured of a place in the world to come" (ibid)..."Rami bar Ezekiel once paid a visit to Bene-berak where he saw goats grazing under fig-trees while honey was flowing from the figs, and milk ran from them, and these mingled with each other. 'This is indeed', he remarked, '[a land] flowing with milk and honey'"(ibid 11b).

The masechet ends with the teaching of Rav Hiyya bar Ashi in the name of Rav: "In the time to come, all the wild trees of the Land of Israel will bear fruit; for it is said in Scripture, 'For the tree beareth its fruit, the fig-tree and the vine do yield their strength'" (Yoel 2:22, Keubot 112b).

By strengthening the bond between husband and wife, we strengthen the bond between man and G-d. Is it any wonder that our Sages teach,that whoever rejoices the bride and groom, it is as if he has re-built one of ruins of Jerusalem (Brachot 6b)? May we merit to put into practice the message of the Ketuba[4].

[1] Tellingly, in Volozhin, the mother of all Yeshivot, the entire Talmud was studied from start to finish.

[2]  Rabbi Soloveitchik, in his shiurim in Yeshiva, focused almost exclusively on the legal aspects of the Talmud; however, in his shiurimfor lay people, he often focused on the aggadic sections.

[3] Thankfully, the parallel is not ironclad. Whereas a human get reflects total separation, a sefer kritot, the get from G-d is only partial as He accompanied us in our exile. Had it been otherwise, we would not have survived.

[4] It seems most fitting the Daf Yomi finished Ketubot on Shavuot (for those who have yet to make aliyah), the day that celebrated the marriage of G-d and the Jewish people.