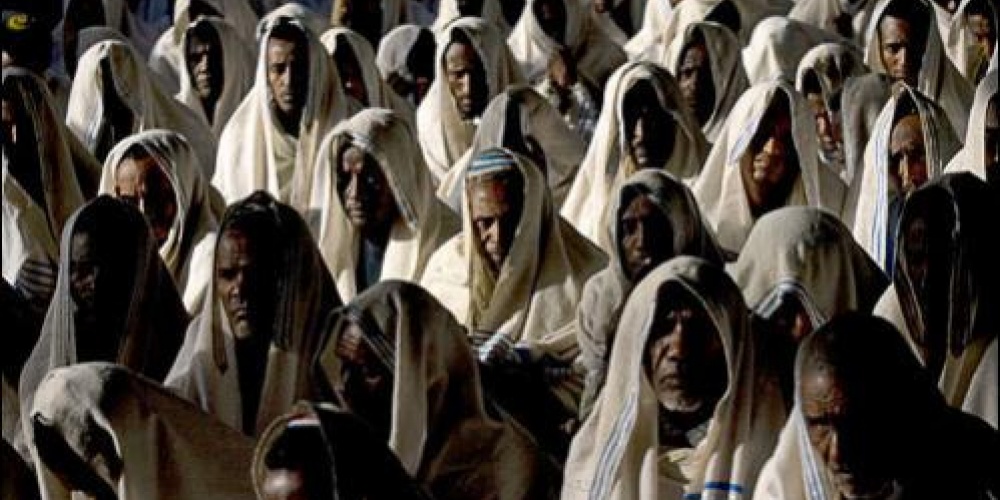 The last Mishnah in Masechet Rosh Hashanah quotes a debate between the Sages and Rabban Gamliel on a fundamental aspect of prayer. "The same way the shaliach tzibbur, congregational messenger, is obligated [in prayer], so, too, is each and every individual. Rabban Gamliel says: The shaliach tzibbur fulfills the obligation on behalf of the congregation" (Rosh Hashanah 33b).

As we discussed in a recent post, for many mitzvoth we appoint one person to act on behalf of the congregation, with the congregation fulfilling their mitzvah by listening—and, preferably, answering amen. Not only is this allowed, it is encouraged, so that we can fulfill the dictum b'rov am hadrat Melech, "the glory of the King is enhanced when many of the nation come together". Instead of each person reading megillah for himself, we join together for a communal reading of the megillah.

Should we institute such a system for prayer? The rabbis say no. Prayer must reflect our individual and personal thoughts, desires, and needs. No different than other mitzvoth incumbent on an individual--such as blessings before eating, or accepting the yoke of heaven with the recital of the shema—prayer cannot be 'contracted out' to others. The purpose of chazarat hashatz, the repetition of the amidah by the shaliach tzibbur, the Gemara explains (34b), is to pray on behalf of those "who are not expert" and are incapable of prayer on their own.

Rabban Gamliel, however, rules that "the same way the shaliach tzibbur fulfills the obligation on behalf of those who are not expert, he fulfills it on behalf of those who are". We approach G-d as a community in prayer—our individual merits may leave us most unworthy. "Rav Yochanan said: If the verse would not have been written, it would be impossible (forbidden) to say such a thing; it teaches that G-d wrapped Himself (in a tallit) like a shaliach tzibbur, and showed Moshe the order of prayer. Whenever the Jewish people sin, they should do like this [invoking G-d's 13 Attributes of Mercy] order, and I will forgive them" (Rosh Hashanah 17b). We may, however, only invoke the 13 attributes of mercy when davening with a minyan. While all must pray, and at times we have no choice but to pray alone, it is best if we appoint a shaliach tzibbur to lead us in prayer.

"So why does the congregation pray?" the Sages ask Rabban Gamliel. "So that the shaliach tzibbur can arrange his prayers", Rabban Gamliel responds. Amazing! We pray so that our chazzan can pray better. No wonder our tradition places so much emphasis on ensuring those who lead the community in prayer are most worthy[1].

The extent to which Rabban Gamliel allows one to rely on the prayers of the shaliach tzibbur is the closing topic of the masechet. "Rabban Gamliel would even exempt the people in the fields". In Talmudic times, many observant people living in rural areas were unable to attend shul. Thus, for example, the rabbis allowed the megillah to be read days earlier for the farmers who could only travel to the city, and hence to shul, on market days (Megillah 2a). Rabban Gamliel teaches that "even those in the field" unable to come to shul—and lacking siddurim and possibly any formal education to even pray at home privately—were included in the prayers of the shaliach tzibbur.

All Jews, wherever they may be, can join together in prayer. Yet, at the same time, Rabban Gamliel limits the prayers of the shaliach tzibbur to those in the field who cannot come to shul. Those living in the cities are included in the prayers of the shaliach tzibbur only if they actually come to shul. The masechet thus concludes, "but those in the city, no", with lo being the concluding word. On Rosh Hashanah, we approach G-d in prayer—but sometimes G-d's answer is a no. A most fitting, even if sobering, way to end the masechet.

In our second post on Masechet Rosh Hashanah, we discussed how the masechet begins with a discussion of the new year for kings. While the discussion relates to human—even non-Jewish—kings, it sets the tone for Rosh Hashanah itself, the day on which we coronate G-d as the King of the world. As we come to the end of the masechet, we discuss not kings, but the "people in the field"; the uneducated, uncultured, and people about as far removed from royalty as one can get. In the presence of G-d, it makes no difference if one is royalty or the simplest of people. "G-d desires the heart", and the heart is unrelated to social status. It is no wonder that prayer is "worship of the heart". Interestingly, this is the same Rabban Gamliel who had himself buried in simple clothing, thereby establishing the Jewish concept of equality at death (Moed Katan 27b).

While a king sits securely (or so he thinks) in his palace, in actuality, no matter our status, we are all really out in fields, exposed, and needing G-d to protect us. One can only properly pray if one realizes how vulnerable we are. We are most fortunate that we expose those vulnerabilities to the King of Kings. Two weeks after Rosh Hashanah, we go out into a flimsy hut, exposed to the elements, under the protection of G-d, to celebrate the time of our joy.

[1] Today, we have somewhat of a "hybrid" model. We have (somewhat) relaxed the rules on who can be a shaliach tzibbur; since we pray individually, the repetition of the amidah is no longer crucial. And many Yeshivot don't even repeat the mincha amidah, focusing on private prayer with a minyan. Rav Soloveitchik developed the notion of tefillah b'tzibbur, prayer with a congregation, and tefillat hatzibbur, the prayer of the congregation. The first is fulfilled in the silent amidah, with the repetition of the amidah as the expression of the latter—and is not connected to whether or not the individual is expert in prayer.