Shevuot 15: For the Sake of Heaven 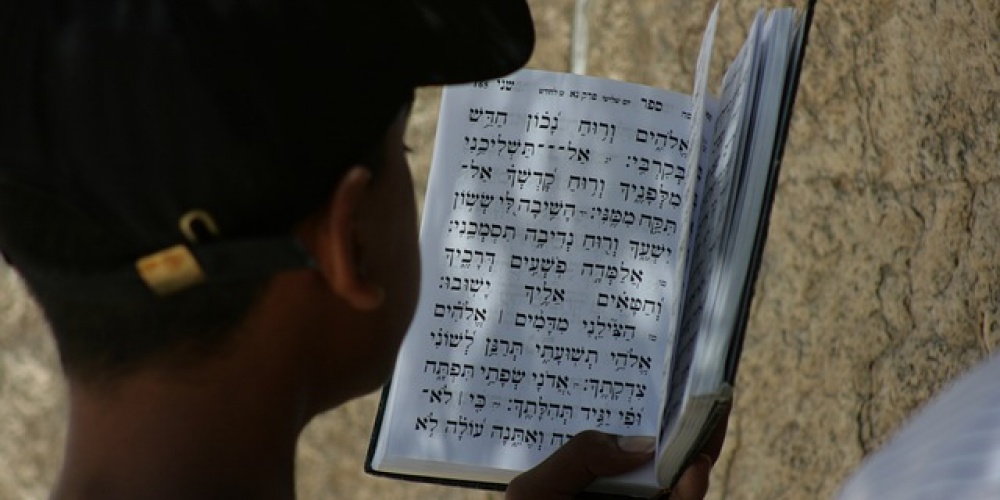 "Whether one does much or one does little, [it matters little] provided one directs their heart towards heaven” (Shevuot 15a). The immediate context of this teaching is in reference to the offering of sacrifices, which can be brought from flour, birds or meat. While one might think that it is more praiseworthy to bring a meat sacrifice – offering a sacrifice to G-d is no place to try and cut corners – such is not the case. What matters is not the absolute value of the sacrifice, but the value of the sacrifice relative to our means, a much better indicator of our desire to come closer to G-d.

The context of this teaching is most understandable. It is especially in the area of sacrifices that intetnion is crucial. G-d does not need our sacrifices and cares little about our outward displays of piety. There is a long tradition of opposition to the ritual bringing of sacrifices, and a long history of disdain for those who feel sacrifices—in and of themselves—can bring atonement, absent a concomitant effort to ensure social justice and a positive change in the person. When it comes to sacrifices, whether they are meat, birds or flour makes little difference; what counts is “directing one’s heart towards heaven”. And if one does not direct one’s heart towards heaven, a sacrifice of meat may become a greater abomination than that of flour (see, for example, Yishayahu 1:10-117).

Yet we would be mistaken to limit this teaching to the realm of sacrifices. All too often, we measure greatness in objective terms. Thus, one who gives more is more praiseworthy – after all, a larger donation can benefit more people. While on a practical level this is undoubtedly true, G-d has a different calculation. “G-d desires our heart”, which we direct towards heaven by doing the best that we can do. One who can offer only flour may be much more generous and praiseworthy than one who offers meat. Or to put it in modern-day terms, a gift of $180 may be much more pleasing to G-d (even if it is less pleasing to man) than a gift of a million dollars. One must also look not only at the “numerator”, the amount of the donation, but at the “denominator”, the assets of the donor. And almost regardless of the amount, why we give is even more important than how much we give. Thus, it is better to give less, but willingly, than more because someone is “twisting our arm”.

This idea is powerfully expressed regarding the mitzva of kivud av veim. "Avimi, the son of Rabbi Abbahu, taught: There is one who feeds his father pheasant yet removes him from the world, and there is one who makes him grind with a millstone, yet brings him to the World to Come" (Kiddushin 31a). There may be good reason to make one's father work hard - and one can give a parent a lot yet be sorely lacking in kivud av veim. It all depends if our actions are geared towards heaven.

That G-d desires the heart applies to all areas of life. That it runs against the grain of how we tend to judge people (something that is always best to avoid[1]) makes it all the more important that we constantly keep this in mind. It should affect how we daven, our relationship to family, and our communal involvement[2], to name just a few examples[3].

The broader context of this teaching is the expansion of the “borders of holiness” [4]. The Mishna (Shevuot 14a) teaches that the borders of Jerusalem—and that of the Temple courtyards—can be expanded by “the authority of the king, a prophet, [the High Priest wearing] the Urim VeTumim, the Sanhedrin of 71, two todot (thanksgiving offerings), song and the [members of the] court behind them and all of Israel behind them.” [5]

A korban todah consists of an animal and 40 loaves of bread, 10 made of chametz and 30 of matza. Based on the last of these processions—some 2,500 years ago when Ezra and Nechamia led a procession around the walls of Jerusalem—the Gemara derives that it is not the animal that is part of the procession, despite its greater worth. This is because “whether one does much or one does little, provided one’s heart is directed towards heaven.”

It strikes me that the importance of focusing on heaven is most crucial when one seeks to increase and expand “holiness”, when one desires to go beyond what is necessary. Observing the basic requirements of Torah takes much effort. We have to learn how to control our tempers, hold our tongue, give up opportunities for illicit financial gain or illicit sexual pleasure. We must avoid revenge and we can’t even bear a grudge. We have to treat others as we would like to be treated ourselves. This is far from easy for most. If one wants to go beyond what one is required to do, one should first ensure that they are properly doing what they are required to do. Only then is it appropriate to add new strictures. And when doing so one must be careful to do because of a sincere desire to serve G-d in the best possible manner.

Seeking to add kedusha to one's life is a beautiful goal but one that must be done carefully. We live in a time where success is, all too often, measured externally – how much money, how much power, how much honour one has. And we tend to do the same religiously – how one dresses, how much (as opposed to what percentage) a person gives. But true kedusha is intimate and reflected in what we do quietly; it is measured not quantitatively, but qualitatively.

[1] “One should not judge someone until one is in his place”. My father, z”l, would often note that since it is physically impossible to be in the same place as someone else – if you occupy his place, he is now somewhere else – our Sages are actually teaching that we should never judge others (unless it’s part of the need for a court to administer justice). It really never is possible to fully put yourself in someone else’s shoes.

[2] This is an especially important area where directing our hearts to heaven is crucial. Community involvement, by definition, requires making decisions that negatively impact on people. Such is the “price” one must and should pay to help many more. But unless those decisions are taken with full sincerity, one is guilty of inflicting suffering on others. Is it any wonder that every Shabbat, we daven that those who are involved in communal work faithfully should be blessed? One who is incapable of acting with the best of intentions should look for a different way to spend their time (studying Torah would be a good idea). See here for a discussion on this much overlooked point.

[3] At the same time, intent often matters little when dealing with mitzvot between man and man, especially if the intent remains hidden. It matters little why one gives up a seat to the elderly, returns a lost object, helps the sick or even why one gives charity. In fact many authorities assume one fulfils an interpersonal mitzva even if one is unaware that one has done so - such as when the poor may find something of value in your garbage. As G-d does not need man's help, intention becomes that much more crucial in mitzvot between man and G-d.

[4] The concern of the Mishna is the laws of purity and impurity. Thus, one who entered the new expanded Temple grounds in impurity would be required to bring a sacrifice even as previously, there was no problem to enter that area in a state of impurity.

[5] Clearly, expanding the borders of Jerusalem was worthy of national celebration.