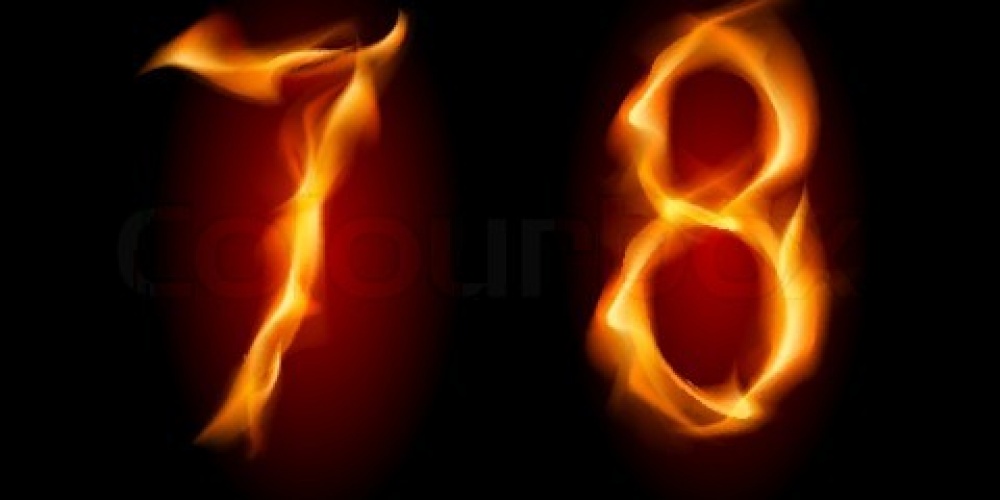 "And it was on the eighth day" (Vayikra 9:1). While this verse is the beginning of a new parsha, the Torah clearly links it to the previous parsha in which the seven-day celebratory festivities for the dedication of the Mishkan are described. Interestingly, next week's parsha, Tazria, also begins with a reference to the eighth day. "When a women conceives and gives birth to a boy, she shall be ritually unclean for seven days...and on the eighth day the child's foreskin shall be circumcised" (12:2-3). The following week, Parshat Metzora describes how one afflicted with tza'arat and a zav or zava, those ritually unclean due to bodily emissions, also complete their purification on the eighth day.

As is well known, the number seven in our tradition represents the natural cycle of events, best displayed by the weekly cycle of seven days. If seven represents the natural order that G-d created, eight is what humans add to 'improve' on G-d's creation or, to use biblical parlance, "conquer the world". The mishkan was the symbol of G-d's presence in our midst. Yet it is man who must create the conditions so that G-d can dwell upon us. It was on the eighth day that the Torah tells us that "on this day, G-d will reveal Himself to you" (9:4).

While the construction of the mishkan could not take place on Shabbat, once it was built, after man had created the dwelling place for G-d, sacrifices were to be brought even on Shabbat. Yet only communal sacrifices, not individual ones, could be brought on Shabbat; perhaps symbolizing that it is as a community, and only as a community, that the Jewish people rise above nature, demonstrating the eternal nature of our people.

We circumcise our sons on the eighth day, demonstrating that our physical bodies are to be sanctified. And here, too, a brit milah--more than a private celebration of the birth of a child--is the Jewish people celebrating a link in the covenant dating back to Abraham.

Tumah, ritual uncleanness, often emanates from the natural functioning of the body; hence, it lasts for seven days. Tumah is closely associated with death, the "avi avot tumah, the father of fathers of impurity". While we cannot defeat physical death, we can outflank it, creating a spiritual legacy that endures forever; that is the eighth day of purification.

Pesach and Sukkot, and all biblical holidays, reflect G-d's intervention in nature and either last seven days, occur after seven weeks, or take place in the seventh month. However, the rabbinic holiday of Chanukah--combining the heroic physical efforts of the Maccabees and the spiritual courage to light the menorah, not knowing where the next day's oil would come from--lasts eight days. Whereas on Pesach, we responded to G-d, on Chanukah G-d responded to us.

Beginning the second day of Pesach, we count seven days and seven weeks. But it is on day 50, the beginning of the eighth week, that we accepted the Torah, when man gave meaning to G-d's creation. We also find this concept of double sevens where the seven cycles of the seven years of the shmitta cycle are followed in year 50 with the Yovel.  It is during Yovel that the partnership of G-d and man reaches its peak; man must free any slaves he has, as "they are My slaves", and it is not meant to be slaves to slaves. Land reverts back to its original owner. Man must know his limitations.

Life is partnership between G-d and man, between seven and eight. The Hebrew word for seven is sheva, from the same root as savea, to be satisfied. G-d created a wonderful world. Eight, shemona, is related to the word shamen, which literally means fat, but in biblical Hebrew has a connotation of great blessing. When man adds to that which G-d has created, it is a blessed world; or in the words of G-d Himself, it is very good.