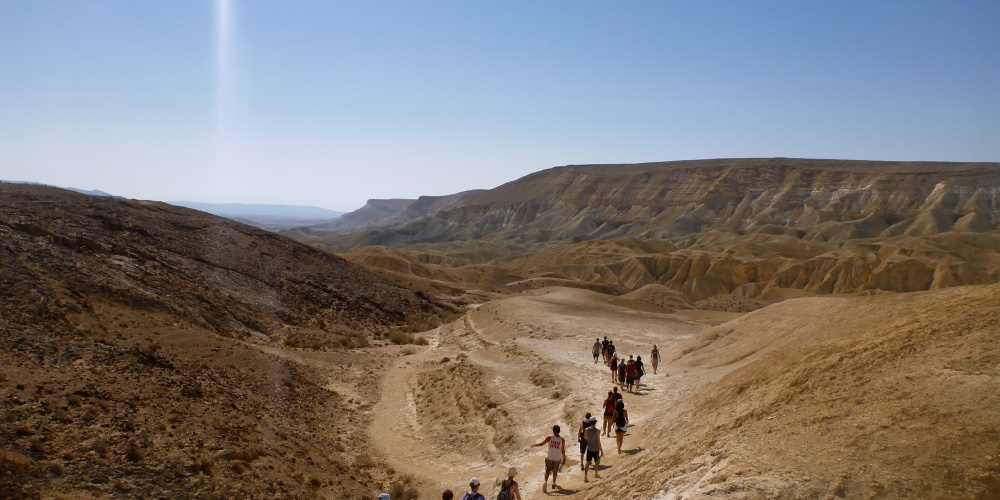 Parshat Shelach Lecha is perhaps the most tragic parsha of the Chumash. The march of the Jewish people to the Land of Israel came to a sudden standstill--one that would last a long forty years. The signs were there in Parshat Beha'alotecha--complaining about the food, about Moshe, about the desert. But had it not been for the sin of the spies and that of the people who chose to follow them, these would have been but a small meaningless blip along a most glorious journey. But such was not to be.

What is unclear is why. What was so terrible regarding this sin--more so than the many others that preceded it--that such a harsh punishment of aimless wandering and death were to be its outcome? Wasn’t the sin of the golden calf much worse? Whatever one may say about the importance of Israel it is not, as idolatry is, one of the three cardinal sins for which one must sacrifice their life. And if one is to argue the chet hameraglim was a rejection of G-d, i.e., a form of idolatry, then what was the sin of the golden calf?

The commentaries generally explain that while the sin of the golden calf was a most egregious one, what more could we have expected from recently released slaves? Having come from a world steeped in idolatry, could they really be expected to worship an abstract G-d, especially when His messenger Moshe had been gone for over forty days? They wanted a deity and though they chose the wrong one, such a mistake could be forgiven.

That is all well and good (though not all commentaries were so charitable towards the actions of the people), but if so, surely they can be excused for not wanting to go to Israel. Why send a group of spies to report on the feasibility of conquering the land if one is going to reject their report? Even if one argues that the meraglim themselves greatly sinned (and that is not necessarily obvious), surely these recently redeemed slaves cannot be faulted for heeding the majority report. They had suffered greatly in Egypt and even after they left, a mere 600 Egyptian chariots chasing them had them fearing for their lives. Should they not be afraid of seven nations dwelling in the land--a land that produced “giants”? This is all the more difficult when one considers how the Jewish people, upon hearing of G-d’s anger, actually did teshuva, something they did not do after chet haegel[1] or their various other sins. “They awoke in the morning and rose to the top of the mountain, saying, behold, let us go up to the land that G-d has said, for we have sinned” (Bamidbar 14:40). Why was their teshuva not accepted?

The simple answer would seem to be that it was the combination of these two great sins (along with other more “minor” ones) that led to this decree. One without the other could have been forgiven, but not both. It is only because chet hameraglim happens later that we associate it, and it alone, with the wandering of the desert.

Apparently, this is how the authors of the Machzor understood it. While Yom Kippur marks the day of forgiveness for the sin of the golden calf, it is the verses from the story of the meraglim that we invoke immediately after Kol Nidrei and throughout the selichot period. “Pardon, I pray Thee, the iniquity of this people according unto the greatness of Thy loving kindness, and according as You have forgiven this people, from Egypt even until now” (Bamidbar 14:19).

Yet on closer analysis, it appears that the teshuva of the people for chet hameralim was in fact accepted. “And G-d said, I have forgiven as you [Moshe] have asked” (14:20). But what about the 40 years of wandering in the desert? That was not so much a punishment but a necessity. This generation was just not up to the mission ahead. It is understandable and forgivable, but they could not be the ones who would conquer the land. A new generation was needed to complete the task started by their parents.

This is a most appropriate thought as I ready to observe the yahrzeit of my parents obm (my mother’s z”l yahrzeit is the 28th of Sivan and my father z”l on the 5th of Tammuz). Each generation is given a particular task, and no generation can do the task meant for future generations. One generation must go as another comes. It is the linkage of the generations, where we build on the accomplishments of our parents, that makes us into a great nation. It is for this reason that in Chassidic thought (and I do come from a Chassidic background ) a yahrzeit is a day with many aspects of simcha, of joy, observed with drinking a lechaim and Kiddush. We are all granted limited time on this earth. It is our job to link the past and future, a job at which my parents excelled. May G-d grant us all the ability to do the same. Shabbat Shalom!

[1] One could perhaps claim that when the people were “mourning” (Shemot 33:4), that is a form of teshuva. However, such just makes the question stronger, as in the aftermath of the spies, it says “they mourned greatly” (14:39).