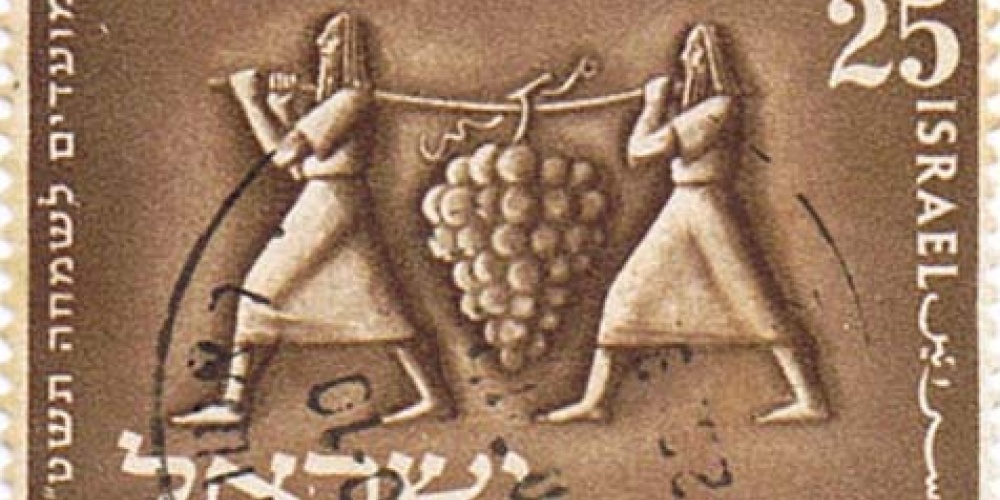 Who should get the blame for the meraglim fiasco? Was it the report of the spies, or the lack of faith of the people that did us in? Might it be possible to question Moshe’s judgment in sending spies in the first place? And might we even question G-d who, knowing the fickle nature of His people, allowed them to fail? When leaving Egypt, G-d “did not lead us the way of the Philistines, although it was the shortest route, because G-d said perhaps the people will lose heart when they see war and will return to Egypt” (Shemot 13:17). Why, then, did G-d “allow” the meraglim to be sent at all?

Our Sages (quoted by Rashi, Bamidbar, 13:2), sensitive to this complaint against G-d, note that G-d actually did not suggest spies be sent; it was Moshe who made that decision. Hence, the rabbinic comment that G-d told Moshe, shelach lecha—you, Moshe, send spies if you so desire; I do not command you to do so.

When people who had known nothing but slavery departed for the desert, they were in no condition to make their own responsible decisions. Theirs was a life of miracles, with G-d providing all their needs. However, slowly but surely, the Jewish people needed to be weaned from this dependence on G-d’s miracles. This would be a long process that would culminate only with the disappearance of prophecy during the Second Temple period and the development of the Oral Law.

Life in Israel was to be a natural one—ploughing, planting and pruning were to be the norm, with miracles relegated to a behind-the-scenes role. At some point, one must be given freedom, even if one is going to make mistakes.

“All of you then approached me and said, ‘Let us send men ahead of us to explore the land, and let them bring back a report about the way ahead of us and the cities we will encounter’” (Devarim 1:22). Moshe was wary of such a request and fearful that this was not (yet) a good idea, fearing the people were not quite ready for such independence. Yet Moshe understood that sometimes one must take risks and prepare the people as best you can. He picked the best possible people for the mission: “they were all leaders, the heads of the Israelites” (Bamidbar 13:3). He gave them very specific instructions as to what to look for, trying to steer them in the right direction.

Moshe Rabbeinu hoped that he had motivated and inspired his people to rise to the level where they were ready to lead such a mission. Yet he had a gnawing suspicion that even with these precautions, the mission was doomed. He prayed for his star student, Yehoshua, to be saved from the murmurings of the spies, even changing his name to reflect his prayer that “G-d should save you from the report of the spies” (Rashi, 13:16). Nonetheless, he went ahead hoping that if they were to fail, at the very least, important lessons could be learned for the next challenge.

We can understand why neither G-d nor Moshe vetoed the mission. We can even understand the despair of the people. They may have displayed a lack of faith; but who wouldn’t in such circumstances?

And as some commentaries explain, the wandering in the desert for 40 years was less a punishment than a necessary hiatus, to allow a new generation to be raised free of the centuries under a slave mentality.

It appears that while Moshe’s goal was to allow the people to grow (and to allow for growing pains), the goal of the spies was to be popular. Not unlike many of our leaders, they had great potential. But instead of using it to elevate others, they squandered it trying to merely satisfy them. To put it in modern parlance, they were looking ahead to the next election. They were great people, in theory; but when the time came to give the nation the truth, they opted to pander to what they thought they wanted to hear. Many times already, the Jewish people had requested to return to Egypt and had questioned the leadership of Moshe. Here was an opportunity to “get in” with B’nei Yisrael. Unfortunately—for them and for us—they were so “successful” that they managed to dig a hole that took 40 years to climb out of.

Having the right leadership can often mean the difference between success and failure—in business, politics, religion or anything else in life. Those living in democratic countries have the opportunity and responsibility to ensure that the ingredients for success are in place.