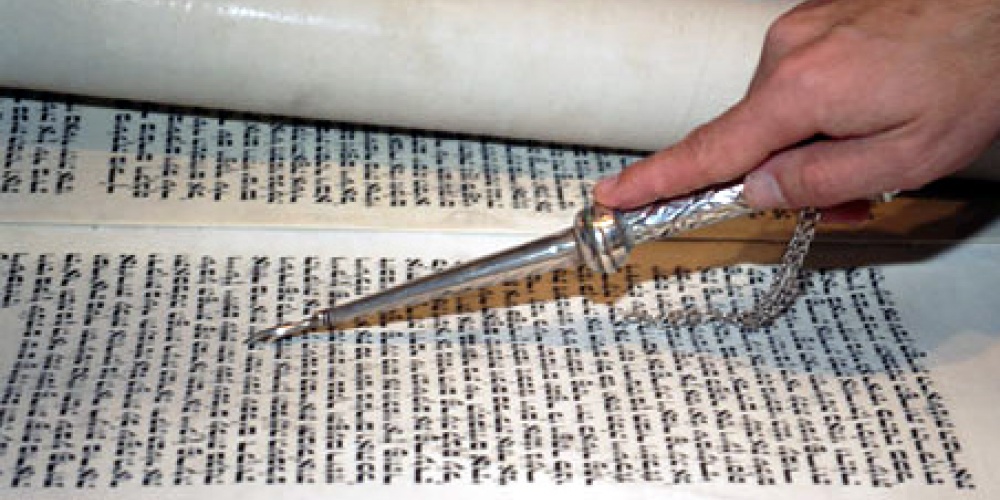 “Rav Yossi said: It would have been appropriate had the Torah been given through Ezra, but Moshe preceded him… and even though the Torah was not given by him [Ezra], it was changed by him” (Sanhedrin 21b). The Talmud explains that this change relates to the “font” of the Torah, which was changed from ketav Ivri, the initial font in which the Torah was given, to ketav Ashurit, the “font” we have today in our Torah scrolls.

Moshe and Ezra were both confronted by a nation in exile; Moshe in Egypt and Ezra in Babylon. Assimilation was rampant and the future of the Jewish people was in jeopardy. It took great effort and overt miracles to convince the Jewish people to leave Egypt. Despite those miracles, four out of five Jews stayed behind and were lost to Jewish history.

Absent such direct divine intervention, Ezra managed to bring back to Israel only some 42,360 Babylonian exiles (Ezra 2:64). Faced with daunting assimilation and intermarriage—there really is nothing new under the sun—Ezra embarked on a campaign to reinvigorate Judaism for the Jews of his time. The allure of idolatry that was so powerful during the First Temple period had dissipated, only to be replaced by a new challenge, that of the “minim”, the heretics who rejected the nascent Oral Law.

Moshe gave the people the Torah, but it was Ezra and the Men of the Great Assembly (of which he was one of the founding members) who put into practice the daily routine of Jewish life, establishing our daily prayers and blessings (Brachot 33a) and setting the groundwork for the flourishing of the Oral Law. Both in Egypt and in Bavel, the future of the Jewish people stood in the balance, and it was the leadership of Moshe and Ezra that ensured its continuity. The Torah was recorded through Moshe, but it is Ezra who is known as “the Scribe”—he, too, was worthy to write the Torah.

Truth be told, not only did Ezra bring about a fundamental change in the development of Torah, but throughout the generations, differing emphases were needed to ensure that the people actually observed the Torah. While we take it as a given that there are 613 mitzvot, no agreed-upon list of these mitzvot exists. It was only in the Middle Ages that the enumeration of the mitzvot—and the controversy surrounding it—gained prominence. The Talmudic rabbis showed little interest in the subject. The notion of 613 mitzvot appears, to the best of my knowledge, only twice in the Talmud, both in aggadic or non-legal discussions.

Rav Simlai uses a most unusual method—that of the numerical count of the word Torah—to assert that there are 613 mitzvot. That is unusual enough; but what follows is an almost unbelievable recasting of the essence of Torah. The Talmud continues, saying that David Hamelech came and “stood them [the 613 mitzvot] on eleven” precepts (Makkot 24a). Rashi explains that the later generations were not as righteous as the earlier ones, and were unable to accept the full yoke of mitzvot; and “if they came to observe them all, no one would merit so”. Thus, David Hamelech emphasized only 11 mitzvot: that way, many could observe them.

These mitzvot are enumerated in Tehillim, chapter 15, and include acting justly, speaking truthfully from the heart, not hurting another, and honouring those who fear G-d. Even these eleven mitzvot proved too difficult for many, so Isaiah reduced them to six, Micah to three (justice, kindness and modesty), and finally, Hababuk to one: “The righteous live through their faith”. Our generation is not the only one that can focus only on the 30-second sound bite.

The leaders of each generation must be sensitive to what is and what is not possible to achieve. Demand too little, and we fail in our mission; demand too much, and run the risk of turning many off from Judaism. No one demanded more from B’nei Yisrael than Moshe Rabbeinu. He tolerated no falsehood or pettiness. Yet he fully understood the limits and foibles of the Jewish people. This allowed him to beseech G-d, time and time again, to forgive them for their misdeeds.

Blessed is the generation whose leaders inspire the people to great heights. Great leaders demand much from others, and even more from themselves. They have the unique ability to match the people and the needs of the day. It is this ability that allows Torah to flourish through thick and thin, to be responsive to the world around us. May we be blessed with such leaders.