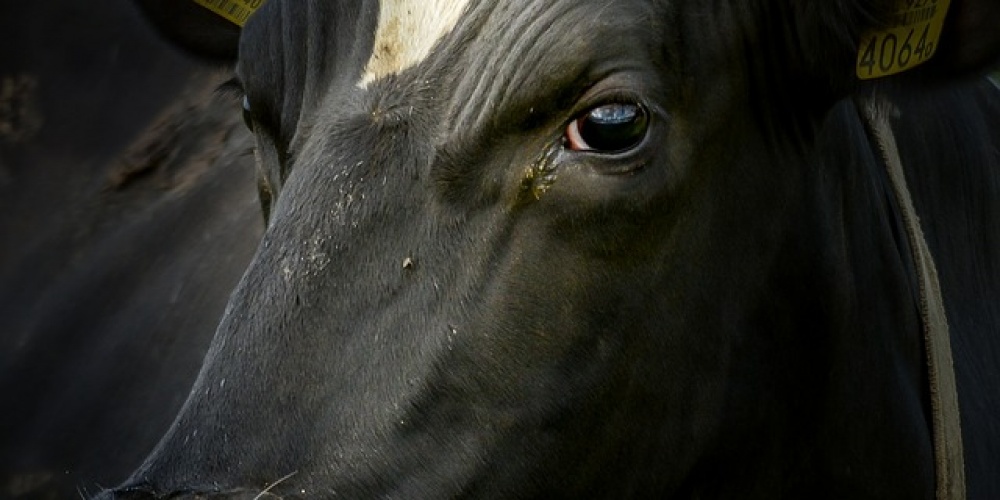 Perhaps the fundamental difference between the Written Law and the Oral Law is that the former is “spoken” from a Divine perspective, while the latter expounds on the former from a human one. And not everything that is spoken from above has a practical application below. At times, there is no practical application of the heavenly voice here on earth; at other times, the Divine word is modified as it makes its way to earth.

The Torah calls for the death penalty for a variety of sins, ranging from the big three of idolatry, adultery and murder to lesser ones such as the violation of Shabbat[1] and—as we will now discuss—allowing, even accidentally, one’s wild animal to kill another human being. Furthermore while in theory the death penalty could be applied to the first four sins listed above, the conditions needed to actually implement such a penalty were so difficult to achieve that such was rarely, if ever, carried out. While our Sages (Makkot 7a) debated whether or not a court is declared harsh if it carries out a death penalty once in seven years or once in seventy, Rabbi Akiva stated that had he been on the Sanhedrin, he would never have allowed the death penalty to be meted out. There is always a way to cast doubt on such a verdict[2].

This dichotomy between the pristine, heavenly Torah and the practical one implemented on earth is seen in many other areas. It can, for example, explain how Rabbi Akiva could argue that ve’ahavta lerei’acha kamocha is the most important verse in the Torah, yet at the same time rule (Bava Metzia 62a) that chayecha kodmim, our life takes precedence over that of our neighbor, rejecting the view of Ben Peturah that one must share his water with others in the desert. It explains why the Torah writes an “eye for an eye” while in practice, one who pokes out the eye of another pays only a fine. And it explains why the Torah demands the death penalty for a “rebellious child” even as [some of] our Sages declared, “this never happened and never will” (Sanhedrin 71a).

“But if the ox was wont to gore in time past, and warning has been given to its owner—and he has not kept it in, but it has killed a man or a woman—the ox shall be stoned, and its owner also shall be put to death” (Shemot 21:29).

The Torah is rather clear that if one’s ox had previously killed and the owner did not “put down” the animal, thus enabling it to kill again, the owner was to be put to death. After all, it was his direct negligence that caused the person’s death. From a heavenly perspective—from the point of view of strict justice—this person surely deserves to die. But in this world, which can only exist because justice has been tempered with mercy, we do not kill people because of the actions of their animals. Rather, despite what the verse seems to say, our Sages (Sanhedrin 15a) interpret the verse to mean k’mitat haba’al kach mitat hashor, the same way the master is put to death [for a crime he personally committed] through a court of 23, so, too, when a goring ox is put to death, it must be done through a court of 23.

It actually boggles the mind to imagine a court of 23 great Sages deliberating the fate of an ox. Yet it is not the ox that is truly on trial. As Nachmanides (Vayikra 1:9) explains regarding a korban chatat, a sin offering, the animal is merely a substitute for the owner of the animal. It is s/he who is deserving of the death penalty for sinning against G-d. What right do we have to live if we sin against our Creator? And a korban chatat is brought for unintentional sins only! An unintentional act is generally a result of carelessness, negligence, or ignorance (or all three). No wonder we are bidden to do teshuva even for “unintentional" sins.[3]

Similarly, when an ox kills someone—for a second time, no less—it is man, not the animal, who should be on trial. It is in the nature of oxen to gore, so the ox did little wrong. However, keeping this animal alive with the knowledge that it has already killed someone makes the owner the real killer. And for that, it is man, not the animal, who is deserving of the death penalty. The court of 23 is a reminder of this.

While such an attitude may reflect a heavenly perspective, it has little application here on earth. “There is no righteous person in the land who does not sin” (Kohelet 7:20). It is beyond unrealistic, and even unhealthy, to place such a burden on humans who inhabit the earth. Sin is normal, expected and the fate of man. What we ask of man is to acknowledge that life is a gift from G-d, and to constantly strive to do the best we can. We must aim to sin less this year than last. Moreover, sin can be an impetus to grow; failure is often the best incentive for success.

“The ox knows his owner [i.e., G-d], and the ass his master's crib; but Israel doth not know, My people does not consider” (Yishayahu 1:3). There is much we can learn from the ox.

[1] In Talmudic times, public violation of Shabbat—which is our testimony that G-d created the heavens and the earth—was seen as a denial of the existence of G-d. Thus the Shabbat violator, while technically Jewish, had the status of a non-Jew and could not, for example, handle kosher wine (see Chulin 5a). As Jews began violating Shabbat while remaining committed to many other areas of Jewish life, rabbinic authorities realized this equation was no longer true and thus, Shabbat violators are welcomed into our community. (See Teshuvat Binyan Tzion Hachadashot #23.)

[2] While Rabban Shimon ben Gamliel argues that “if so, you would be increasing murderers in Israel”, it appears that he agrees that in other instances, the death penalty was to be meted out rarely, if ever. Concerned for the life of others and convinced that the death penalty would act as a deterrent, Rabban Shimon ben Gamliel preferred that we kill one person now rather than risk the possibility of many others being killed later.

[3] The halacha does have a third category beyond intentional and unintentional actions known as mitasake, for those actions which truly are not our fault.