Rosh Hashanah 4: Where Is My Reward? 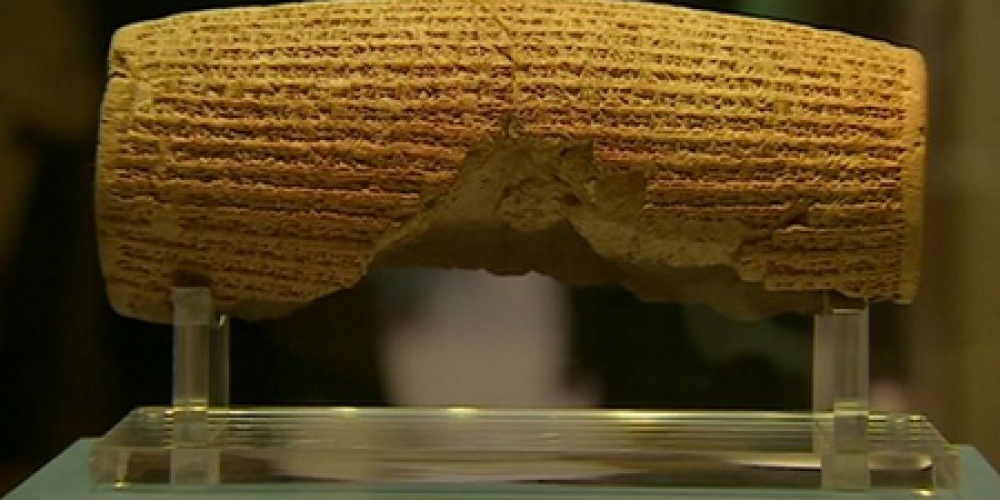 The defeat of Babylonians by Cyrus the Great in 539 BCE led to a (temporary) golden age of Jewish life under Persian rule. Cyrus allowed the Jewish people to return to the land of Israel and build the Temple. "And the elders of the Jews build and prospered, through the prophesying of Haggai the Prophet and Zechariah, the son of Iddo. And they built and finished it, according to the commandment of the God of Israel, and according to the decree of Cyrus, and Darius, and Artaxerxes king of Persia" (Ezra 6:14).

No wonder the Gemara tells us that "Koresh (Cyrus) was a kosher (very good) king and therefore, they counted for him like they did for the kings of Israel" (Rosh Hashanah 3b). As mentioned in our last piece ancient documents were dated according to the year of the king, with the New Year for kings beginning on the first of Nissan for non-Jewish kings, and on the first of Tishrei for Jewish kings. Cyrus, however, was given the honour of being treated like a Jewish king.

Yet this view did not go unchallenged, and the Gemara brings various proofs that his magnanimity was shortlived and that eventually, he resorted to evil ways. To bolster their claim, the Gemara quotes that "they may offer sacrifices of sweet savour unto the God of heaven, and pray for the life of the king, and of his sons" (Ezra 6:10). While Cyrus allowed the Jews to build a Temple, he did so only for his own benefit, so that the Jewish people could offer sacrifices on his behalf. The Gemara immediately responds: "But we have learned that 'one who says this tzedakah is so that my child will live, or that I shall merit the world to come, behold, he is a tzadik gamur, completely righteous'" (Rosh Hashanah 4a). To this, the Gemara gives a most enigmatic response, that "this is for idolaters and this is for Jews".

This passage is difficult to understand at every turn. Why should we be critical when a political leader does the right thing--even if it also serves some personal benefit? Is it not the ideal when communal and personal needs coincide? And that seems to be the response of the Gemara; there is nothing wrong with doing mitzvoth with the expectation of personal reward. But the response seems to go to the other extreme. I understand that doing mitzvoth for reward is fine; but should that makeone a tzadik, nay, a  tzadik gamur? Have we not learned "Antiochnus ish Socho said: Do not be like a servant who serves his master in order to get a reward, but rather, be a like a servant who serves his master not for the purpose of reward" (Avot 1:3)? And what are we to make of the Gemara's distinction between Jew and idolater?
When Rav Yitzchak claimed that Cyrus changed for the worse, the term he used is hechmeetz; literally, he became chametz, a strange choice of words. Perhaps this usage hints to the more subtle dangers of leadership. Chametz is a result of complacency; food becomes chametz when it is left to rise. To prevent its leavening, one must constantly be working with the dough--and if one does so, it will not turn to chametz, even if it takes many hours until the dough is actually baked. When leaders becomes complacent, very little good can be expected.

Many people enter public life with a burning desire to do good, to help others, entering office with a grand vision and urgency to act. Yet all too often, once in office, the sense of urgency is lost and everything moves slowly, if at all. This may not even be due to the person, but may be a result of the system. Nonetheless, the need to act is slowed down, and "chametz" sets in. This is more sad than terrible.

The Gemara teaches that one who gives tzedakah in anticipation of a reward is a complete tzadik. Tzedakah involves giving to others, which is the essence of leadership. Such giving makes one a tzadik-but only on condition.

Presumably only in the case of the mitzvah of tzedakah may one anticipate a reward of life in this world and the next: "Tzedakah saves from death" (Mishlei 10:2). It is tzedakah that brings about the redemption: "Zion shall be redeemed through justice; and its returnees, through tzedakah" (Yishayahu1:27). As the Rambam notes, "One is obligated to be meticulous with the mitzvah of tzedakah more that all [other] positive commands, as tzedakah is the sign of the righteous, the seed of Avraham Avinu" (Matanot Ani'im 10:1).

Yet Tosafot (Rosh Hashanh 4a s.v.beshveel) claims that doing mitzvoth so that one may merit a reward is a universal principle, applicable to all mitzvoth. In a rather startling interpretation, they claim that the teaching of Antiochnus ish Socho that we should "be a like a servant who serves his master not for the purpose of reward" is applicable for "the nations of the world". They must be purely motivated, but Jews may have "ulterior motives". Perhaps they based this claim on his name, one that--in distinction to the others mentioned in the first chapter of Pirkei Avot--does not appear to be a Jewish one.

Whether or not we accept the claim of Tosafot, the Gemara does distinguish between Jew and non-Jew vis a vis giving tzedakah in hope of reward--with the appellation of tzadik gamur applying only to a Jew. In trying to understand this claim--which on the surface is counterintuitive -- the Torah demands more from Jews than non-Jews--both Rashi and Tosafot understand the Gemara's distinction to be functional rather than biological.

While one may desire a certain outcome, a Jew will (it is hoped) not regret having done the mitzvah, even if his prayers are not answered, and he will continue to do mitzvoth regardless of his actual situation. On the other hand, idolaters--who, in this context, may mean those who worship themselves--will regret having done the mitzvah, seeing them primarily as the price to be paid for a desired result.

It is only human to desire and maybe even expect a reward for the performance of mitzvoth. Yet mitzvoth must not be held hostage to human desire.