Re'eh: Behind the Scenes 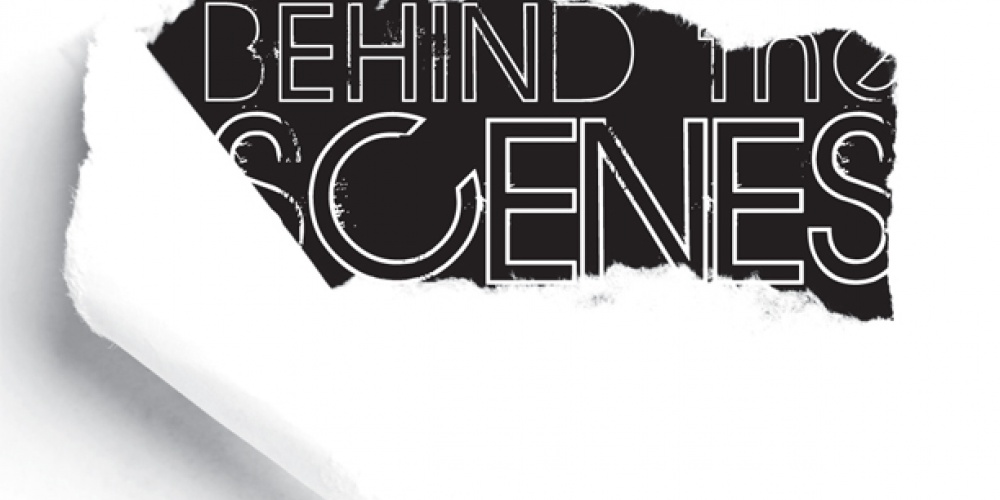 Showing extra sensitivity to the needs of the poor, the widow, orphan, servant, and stranger is a central theme of the Torah. This is especially so around the holidays, when the needy are more likely to feel lonely and forgotten.

Somewhat more surprising is the Torah's constant admonition not to forget the Levi. At first glance, it would seem that the Levites were part of the privileged class. They were entrusted with the honour of carrying the Mishkan, and would serve a vital role in the Temple. Not only did Moshe Rabbeinu (and his siblings) come from the tribe of Levi, they were to be the primary teachers of Torah to the Jewish people. "They shall teach Your ordinances to Yaakov and Your Torah to Israel " (Devarim 33:10) is Moshe's charge to all future Levites.

One might have thought that it is the Levites who should be commanded not to forget the less fortunate. Yet no less than seven times in this week's parsha is the Levite singled out for special mention: once regarding the command that sacrifices be brought only to the Temple in Jerusalem (12:12); three times regarding maaser sheni, the second tithe eaten only in Jerusalem (12:18, 12:19 and 14:27); once by maaser ani, the special title given to the poor; and twice in regard to the celebration of the holidays (16:11 re: Shavuot and 16:14 re: Sukkot).

What is it about the Levite that the Torah felt the need to remind us seven times to include him in our various celebrations? Even the orphan and widow are only mentioned by maaser ani and the holidays, but are seemingly ignored in regard to maaser sheni and the command to eat sacrifices in a designated locale.

The Torah itself provides an answer which, despite its seeming simplicity, requires some explanation. We are told that "he has no share and inheritance with you". In the agricultural society of Biblical times, economic independence and well-being could only be achieved by those who owned land. Those who did not have land were doomed to poverty almost in perpetuity--hence, the many laws of the Torah requiring land owners to share their wealth with others, as well as the Torah's reluctance to allow permanent land transfers. Only in rare circumstances could land be sold beyond the jubilee year. The Levites were landless; the time required to tend to the land would make their vital spiritual tasks impossible to do. (See the beautiful language of the Rambam, The Laws of Shmitta and Yovel, 13:12).

While they were landless, they were not poor, nor were they necessarily lonely as compared to the widow or orphan. They received generous tithes from the nation and were given forty-two cities in which to dwell. Furthermore, the same landlessness was true of the Kohanim, and yet the Torah makes no special mention of them. While it is true that the Kohanim are part of the tribe of Levi, they are often mentioned separately and one would have expected the same here. Yet it is the Levi and not the Kohen who is singled out.

We might suggest that the Levites were more prone to feeling insufficiently appreciated. In the minds of many, they played second fiddle to the "real" spiritual leaders, the Kohanim who actually carried out the Temple service and were most responsible for the teaching of Torah; "for the lips of the Kohanim will guard the knowledge and Torah you shall seek from their lips" (Malachai 2:7).

The Levites may have felt like many support staff of today, people who do most of the work but get little of the credit. They were, as their name implies, melaveh , the ones to accompany the Kohanim who we were commanded to sanctify, "to let them go first, to make the first blessing, to take the first portion"(Gittin 59b).

The Torah goes out of its way to ensure that proper appreciation is shown to the Levite. While we often honour those at the "top"--in this case the Kohanim--those in supporting roles are often taken for granted. The policeman, the executive assistant, the offensive lineman, the nurse are just some of the many whose vital work allows others to take credit. Even the teacher is generally honoured much less than the school administrator.

The Torah enjoins us to rejoice with "the Levite, the stranger, the orphan, and the widow". We must ensure that the truly needy are taken care of, yet we must not forget those behind the scenes who help us in so many ways.