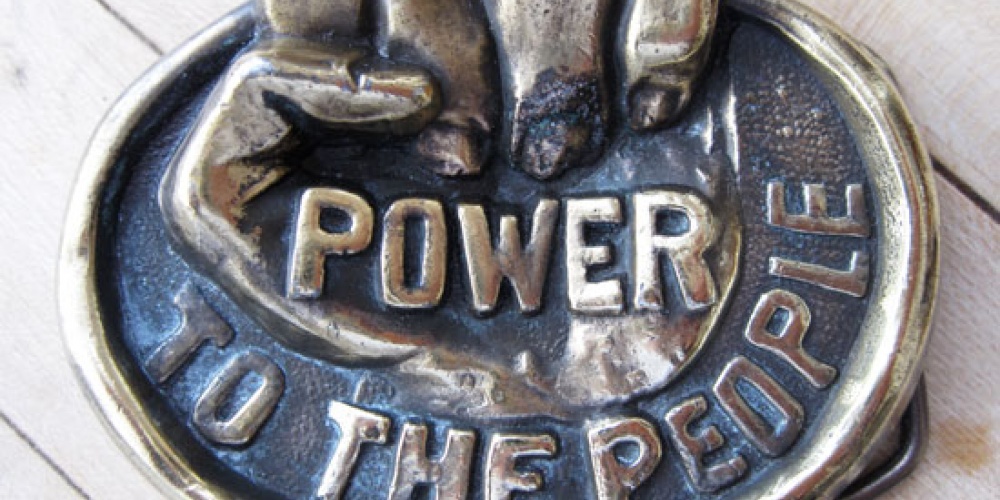 One of the underlying pillars of democratic thought is confidence in the people to make the right choices, and in leaders to respect those choices. In a healthy democracy, people are well informed, allowing for vigorous debate; and leaders have the best interests of the state at heart. The will of the people is constricted by the Constitution, which reflects the core values that are sacrosanct—and as such, can be changed only with great difficulty and a consensus to do so[1].

While many may think that these concepts are foreign to Jewish law, the two systems parallel each other in many ways. To a great extent, rabbinic law is dependent on the will of the people. “One may not establish a decree that the community find too difficult to adopt”. Enactments which are not accepted by the people—i.e., the Talmudic decree that we may only eat bread baked by a Jew—do not take effect[2].

The entire concept of minhag reflects the will of the people, which then becomes part of Jewish practice. And customs are often fluid, changing and evolving over time.

The notion of tircha tzibura, a burden on the community, mandates that we not unduly inconvenience people—even if that requires modifications to the law. For example, while the primary obligation to hear the shofar is during the repetition of the mussaf amidah, once the practice developed to blow shofar before mussaf, the Geonim established a custom that we blow only 10 (not the required 30) notes of the shofar during the amidah. To blow the “required” 30 would be a burden on the community! (We no longer follow this Geonic practice today, and we do indeed sound the full 30 notes during the amidah.)

Further reflecting the power of the people, when the Jewish people were violating the law, rabbinic authorities would often resort to justifications to explain such deviations, allowing questionable practices to continue.

Even our “constitution”, the Torah itself, is open to amendments. “The Sages have the power to uproot something from the Torah in a passive way” is the basis for the rabbinic ruling that we are not to blow shofar when Rosh Hashanah falls on Shabbat.  One could even violate negative commands as a temporary emergency measure, hora’at shah.

Our rabbis invoked the verse, “a time has come to act for G-d; [we must] nullify the Torah” to allow the writing down of the Oral Law, something that was forbidden by the Torah. While we, today, are unable to invoke these principles, when the Sanhedrin is reconstituted, we will once again see the full breadth of Jewish law.

This confidence in the people is a remarkable feature of Judaism, and is a further reflection of our Divine image.

We recently noted how Hillel “forgot” whether one was allowed to carry a knife on Shabbat to slaughter the korban pesach. He thus declared, “’leave it to Israel—if they are not prophets, they are the sons of prophets’. The next day, those whose sacrifice was a lamb put the knife in its wool, and the one who brought a goat put it between its horns” (Pesachim 66a). Hillel used a bottom-up approach, and trusted the people to do what is right[3]. As befits the Jewish people, Hillel was not disappointed: “He saw their actions and he remembered the law, and said: ‘This I received from Shemaya and Avtalyon’” (ibid 66b).

The Jewish people have an intuitive sense of proper behavior. We are the children of prophets.

[1] For example, the debate over the definition of marriage pits those who claim the traditional form of marriage is sacrosanct against those who believe marriage is fundamentally a social institution, and therefore subject to change.

[2] It is crucial to emphasize that such only applies to rabbinic enactments, and not to rabbinic interpretation of the Torah.  The fact that the majority of the Jewish people drive on Shabbat has no bearing on the law, as the prohibition is the application of Biblical law to a new situation.

[3] As Dr. Haym Soloveitchik notes in his seminal article Rupture and Reconstruction: The Transformation of Contemporary Orthodoxy (Tradition 28:4), as Jewish communities became less or non-observant, such reliance on the traditions of the people was discarded and replaced by reliance on texts.