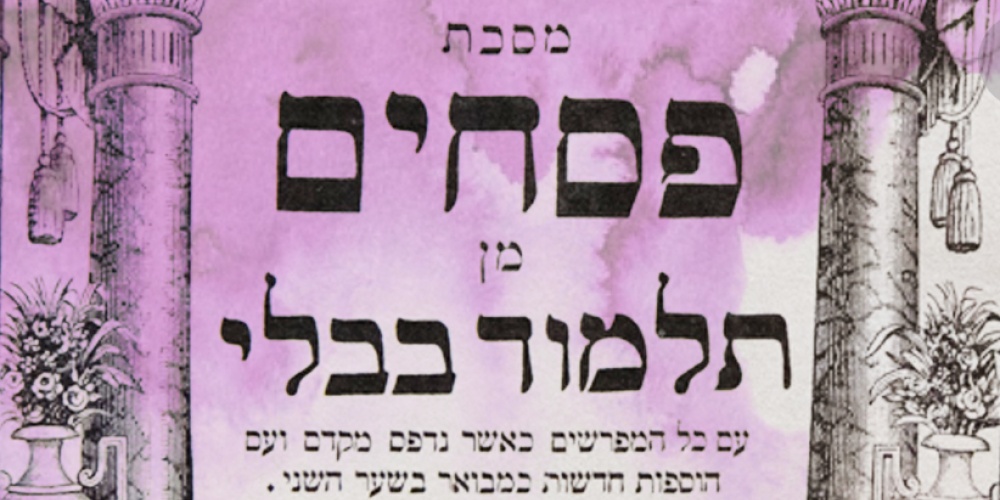 There is a fascinating debate amongst the medieval greats as to whether one is obligated to act lifnim meshurat hadin, over and above what the law demands. On the one hand, it defies logic to claim that there could be a law requiring one to do more than the law requires. If the law requires one to act beyond the law, then doing such is the law, and not beyond the letter of the law. Lifnim meshurat hadin may be the mark of higher morality but presumably, by definition, it cannot be legally required.

Our Sages teach that law “pierces the mountain”(Sanhedrin 6b). Law must be applied equally and objectively. It matters little if one is rich or poor, from a good home or an abusive one, a recent immigrant or a long-time resident, male or female. The law is the law is the law. But in the real world, many subjective factors are of the utmost importance. At times, acting according to the letter of the law can make a mockery of the law, forcing us to go beyond the law, even to act “against the law” in order to preserve the fairness of the law.

Jewish law, for example, has no concept of paid sick leave. Yet I think it’s fair to say that a grocery chain would be “required” to pay sick leave to a cashier quarantining after coming into contact with someone with COVID. When one considers that most grocery chains have seen huge increases in profits, and that cashiers literally put their lives on the line for wages much too low, the requirement to go beyond the law becomes obvious. There is no requirement to offer sick leave, but there is a requirement to “do the straight and the good” and, depending on circumstances, that might require paid sick leave.

What got me thinking about the fine or perhaps nonexistent, line between what one must do and what one ought to do is the first question of the Gemara on the opening Mishna of the fourth chapter of Pesachim. In our last post, we discussed the prohibition to work on erev Pesach. The Gemara wonders why the Mishna singles out erev Pesach for special treatment. After all, our Sages have taught in a Braitta that, “One who performs melacha on erev Shabbat and erev Yom Tov from mincha time onward will never see a siman bracha, a sign of blessing, from this work” (Pesachim 50b).

The Gemara’s first response completely blurs the distinction between our obligations and that which should be done, the prohibited and the recommended, din and lifnim meshurat hadin. The Gemara explains that on erev Pesach, one may not work from midday onward, whereas on Friday, one need avoid work only from mincha time onwards, i.e., some three hours before Shabbat. This three-hour distinction is the reason the Mishna did not include erev Shabbat and erev Yom Tov in its ruling.

The Gemara’s second answer, while not quite as explicit, leaves one with a similar impression. The Gemara explains that on erev Pesach, work is prohibited, whereas on erev Shabbat there is no actual prohibition to work. Rather, one will not see a siman bracha, a sign of blessing, from such work.

The Gemara does not explain exactly what a siman bracha is. One could explain that our Sages are warning that if one does work on Friday afternoon, one’s efforts will be for naught. One might spend all day erev Shabbat working on a deal, only to have it fall apart. One might invest in the wrong stock just before the markets close on a Friday. However, this seems unlikely. If the rabbis really did not want people to work late on Fridays, they could easily have made a gezeirah, a decree, forbidding such work. Why allow one to work and place a “curse” against one’s success? That seems rather mean.

Moreover, our Sages made no claim to have a pipeline to G-d, enabling them to override G-d’s decree that “A person’s entire livelihood is allocated to him during the period from Rosh Hashana to Yom Kippur” (Beitza 16a). They well understood that thieves and cheaters often get ahead materially, and that the pious may be poor. And if they could influence the economy through their words, why not declare that one who engages in onna’ah, price fraud, or geneivat da'at, i.e. misleading advertising, will not see a siman bracha? One who works on Friday until five minutes before Shabbat—or even one who works on Shabbat itself—may actually see great financial success from those efforts. Our Sages had no idea if one's efforts would meet with success.

It seems that the key lies in the word siman, meaning “a sign”. The rabbis did not declare that one’s work efforts on Friday afternoon would not be met with bracha, success; they had little power to do so. Rather, they said that such efforts are not a good siman. A siman is an indicator. The signs that G-d performed in Egypt demonstrated His power. A lost object is returned when one there is a siman, something unique that allows it to be identified. The Rambam writes (Matanot Aneyeem 10:1) that tzedakah is the most important positive mitzvah “and is the siman, the sign, of the descendants of Avraham Avinu”. Before one purchases an object or enters into a business deal, one looks for signs that might indicate if the transaction is worth pursuing. Is the person honest, what is the track record, have others had success? While we are often warned, “Past performance is no indication of future success”, it is a good sign on which to base our decisions.

Working on erev Shabbat is completely allowed. The prohibition of melacha begins at sunset, with a rabbinic obligation to add a few minutes to the beginning and ending of Shabbat. However, we can learn a lot about a person’s attitude towards Shabbat from how they conduct themselves on Friday afternoon. One who comes home with plenty of time to spare, prepares for a special day, spends some time reviewing the parsha, comes to shul (hopefully soon!) nice and early, perhaps even recites Shir HaShirim, has indicated—even before Shabbat begins—the special nature of the day. As the Rambam writes, “What is meant by ‘honour’? The sages explained this by declaring that each person should wash his face, hands and feet with hot water on Friday in honour of the Sabbath, and then enwrap himself in a fringed garment and be seated with dignity in expectation of the Sabbath, receiving it as if he were coming out to meet the king. The ancient sages used to assemble their disciples on Friday, put on their best clothes, and say: ‘Come, let us go out to meet King Shabbat’" (Hilchot Shabbat 30:1).

Similarly, a great indicator of our attitude towards Shabbat is what happens on motzei Shabbat[2]. Do we look at our clocks, ensuring that we do not check our messages a minute too early—or a minute too late? Or do we linger a bit, hoping to infuse the week with a bit of Shabbat[3]? Thus, after explaining the difference between erev Pesach and erev Shabbat, the Gemara continues: “One who performs melacha on erev Shabbat or erev Yom Tov from mincḥa onward, the conclusion of Shabbat, the conclusion of a Festival, the conclusion of Yom Kippur, or on any occasion where there is a trace of sin, including a communal fast, will not see a siman bracha, a sign of blessing” (Pesachim 50b).

It is 100% permitted to work on Saturday night or immediately after Yom Kippur. But it is a telling sign if one can go from the intensity, power, and holiness of Yom Kippur back to the workday world right after havdalah and a quick bite to eat. The work is permitted, but there must be a trace of sin if one feels compelled to do so.

The Meshech Chochmah (Shemot 12:22) beautifully explains that often, it is that which is peripheral to Jewish law—a Jewish name, speaking Hebrew, Jewish clothing—that is of greater significance than actual mitzvot. Shabbat and Yom Kippur are two of the most crucial mitzvot we have. But it is what one does before and after these days that may be the greatest indicator of our religious worldview.

[1] The notion that an act can fulfill a mitzvah, but not be obligatory—an optional obligation, if you may—was developed by the Vilna Gaon and applied, for example, to eating matzah on the last six days of Pesach. Rav Moshe Feinstein applied this to the mitzvah of living in the land of Israel. As you might imagine, others deny that such a concept can even exist.

[2] A colleague of mine would often ask his yeshiva high school students on Sunday mornings if the night prior had been a Saturday night…or a motzei Shabbat.

[3] Rav Soloveitchik tells of the time he walked into a shteibel in Berlin towards the end of Shabbat and asked a chassid what time they would be davening maariv. The chassid looked at him incredulously and asked, “Do you like the work week so much that you want to end Shabbat already?”

Thoughts from the Daf
Pesachim

Pesachim 54: The Heart of Darkness

August 22, 2013
Man, unique amongst all creations, was blessed by G-d with a soul. We are not just physical creations, doomed to death in due course, but spiritual beings whose souls can live forever. The distinction between something physical and something spiritual is the capacity for sharing without...
Continue Reading »