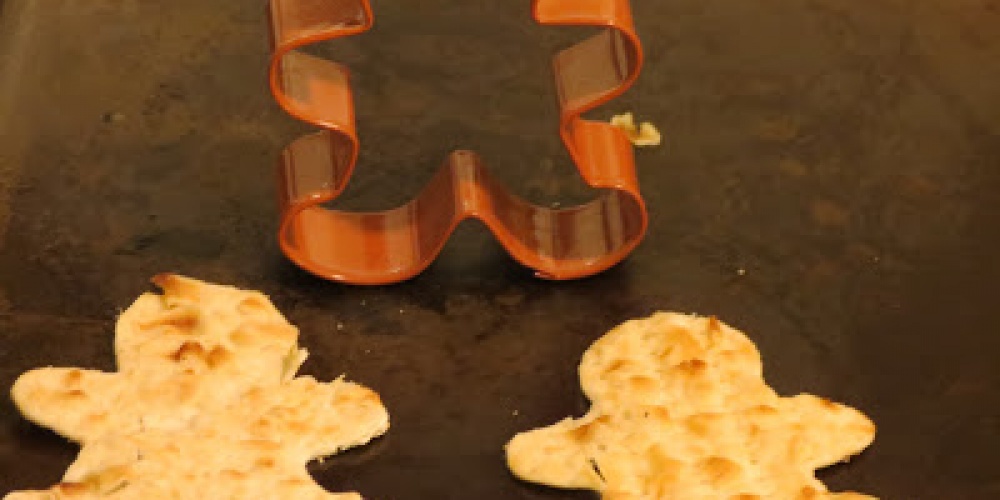 The simple nature of matzah can be seen in the ruling that matzah may not be a work of art, designed in fancy shapes or figures (Pesachim 37a). As we find today withketuvot, kiddush cups, and other religious artifacts, people would make special "designer matzah," displaying their artistic creativity in this most central of mitzvoth[1]. As the starring dish of the most elaborate meal of the year, it is understandable that people might feel that the matzah should not be plain looking. The Talmud, however, was worried that the extra time involved in preparing such fancy matzot might lead to its leavening. Yet despite that fear, the rabbis did not want to ban the making of such matzah-perhaps considering it hiddur mitzvah, the beautification (and enhancement) of a mitzvah--and only forbade it in certain circumstances.

What these circumstances are is a source of Talmudic debate, with some arguing that only private individuals were prohibited from making the "designer matzot," as they lacked the expertise and equipment of professional bakeries, which could delay the process. Others argued that it was specifically the professional matzah shops that were forbidden to make such; they were more likely to insist on very high and exacting standards, potentially delaying its baking by a few too many minutes, whereas the individual baker is less likely to be concerned with such niceties.

The above restriction is just one of many regarding matzah, designed to ensure that matzah remind us of the tribulations of slavery--and hence, appreciate the great gift of freedom.  We have already learned that according to many, matzah ashira, matzah baked with honey, oil or wine, may not be used; such would violate the notion oflechem oni, the bread of affliction. These additions are just too fancy for food meant to commemorate our slavery.

This past Shabbat, we read about ma'aser sheni, the second tithe, in which the Israeli farmer was to eat 10% (or spend 12.5% of the value) of his produce in Jerusalem. This food was to eaten in Jerusalem, shared with others bringing one to a state of happiness. And it is this requirement of simcha that was understood by Rav Yossi Hagalili to forbid the consumption of ma'aser sheni matzah (ibid. 36a). Matzah and simcha just don't mix; and food that is eaten b'simcha, in joy, is inappropriate for matzah, which can be eaten even in a state of aninut, the period between the death and burial of a relative.

This idea can be seen in another interesting Talmudic view, one that prohibits the use of bikurim wheat for matzah[2]. The Talmud derives this from the verse, "In all your habitations, you shall eat matzah," with the phrase "all your habitations" teaching that only items that can be eaten anywhere can be used for matzah; and bikurim can be eaten only in the city of joy, Jerusalem.

Further emphasizing the melancholy mood of the matzah is the Talmudic discussion of marror, where the Talmud (ibid. 39a) links the definition of marror to that of matzah. It is because matzah must grow from the ground and is a plant species that marror must be so. And the matzah is to eaten together with marror--the basis of our korach.

Yet the matzah and marror are also meant to be eaten with the korban Pesach--the food that demonstrates both our willingness to stand up for our beliefs, and G-d's special relationship with us. We look forward to the day when we will be able to eat the complete Pesach meal.

[1] As all who eat handmade matzah know, the "traditional" shape of matzah is round. It was the use of machine-made matzah, popularized by Manischewitz, that changed the shape of matzot to square--those being much easier to produce by machine.

[2] While we generally associate bikurim with the first fruits that the farmer must bring to Jerusalem and give to the kohen, bikurim must actually be brought from each of the shivat haminim, the seven indigenous species to the land of Israel, which include wheat and barley--two of the possible grains one may use for matzah.