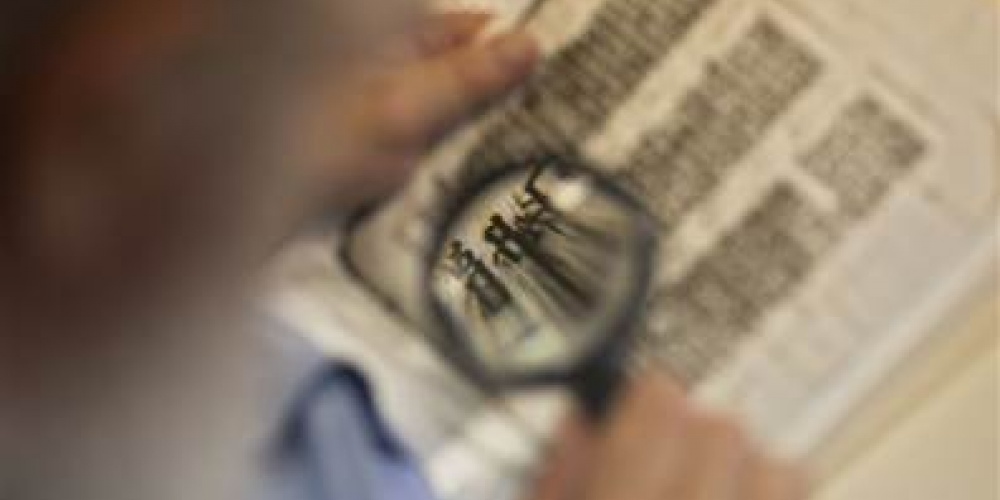 “Shimon Ha'amsoni—and some say, Nechemia Ha'amsoni—used to derive [laws] from all the etim (plural of et) in the Torah. When he got the verse et Hashem Elokecha tirah, ‘and you shall fear G-d’ (a verse we read this past Shabbat), he separated himself [from all his teachings]. His students said to him, ‘all those you have derived from et, what shall become of them?’ He said to them, ‘just as I received reward in the searching, so I shall receive reward in ceasing’; until Rabbi Akiva came and taught et Hashem Elokecha tirah to include Torah scholars” (Pesachim 22b).

This beautiful and relatively well-known teaching is found in the midst of a discussion regarding the prohibition against deriving any benefit from chametz on Pesach. In discussing the source of this extra stringency on chametz, the Gemara discusses other prohibitions that entail a blanket prohibition on deriving benefit. Included in this short list is a shor hanishkal, an ox put to death for killing a human. The Gemara puts forth the claim that the prohibition on benefiting from its skin is derived from the extra word et in the phrase v’lo yeachel et besahro, “and its meat shall not be eaten” (Shemot 21:28). It is in this context that the Talmud says that such a teaching can only be maintained if one accepts the above-noted view of Rabbi Akiva.

The fact that Rabbi Akiva would derive laws from a seemingly meaningless and superfluous word is not at all surprising. It was he who used to derive “mountains and mountains of laws from the crowns on the letters of Torah”. This is a most beautiful sentiment, yet it is one disputed by Rabbi Akiva’s colleague Rabbi Yishmael—whose thirteen principles of deriving Jewish law are the accepted standard (and even included in the daily siddur)—and, of course, by Shimon Ha'amsoni. It is his view on which I want to focus.

Rare is the person—and great is the person—who can admit that years of time and energy were spent in error. And for Shimon Ha'amsoni, there can be no doubt that his efforts (both in his original thesis and in his rejection of that thesis) were herculean. It is not like the word et is uncommon! And he would seek meaning in kol, each and every, et in the Torah, stopping only in Parshat Va’etchanan, more than 80% through the Torah. The Talmud does not even mention the thousands of teaching he must have derived; and we are not even sure if it is Shimon or Nechemia Ha'amsoni who began these teachings. Yet while his efforts may have been wasted in the view of those who seek the bottom line, from the Torah’s perspective, his efforts are amply rewarded. Our duty is to put forth our best effort, to work hard at understanding the Torah to the best of our ability. If we do so, it matters little whether or not we are “right”. It is the process of study, much more than the conclusion, which is crucial.

The Maharsha notes that just a few verses earlier, the Torah commands ve’ahavta et Hashem Elokecha, “and you shall love the Lord your G-d with all your heart”. Why did Shimon Ha'amsoni not realize at that point that his theory was incorrect? After all, who can, or should, be loved on par with G-d? Apparently, claims the Maharsha, there was no issue with equating Torah scholars to G-d vis a vis the mitzvah of love. Man created in the image of G-d is worthy of unbound love, and those who are role models and teachers are on par with G-d (as heretical as that may sound). Yet, fear of G-d is different. It is based on fear of reward and punishment, and no human being, Torah scholar or not, has the right to inflict (or bestow) such. This chasm between man and G-d is so great that Shimon Ha'amsoni felt compelled to abandon his entire theory of et.

The Maharsha does not explain the view of Rabbi Akiva. One could argue that he understood the mitzvah of fearing G-d differently.[1] Or perhaps not!

[1] For the many different views and perspectives on this crucial mitzvah, I highly recommend the volume of the Orthodox Caucus dealing with Fear of Heaven.