Pesachim 108: Sit Back and Relax 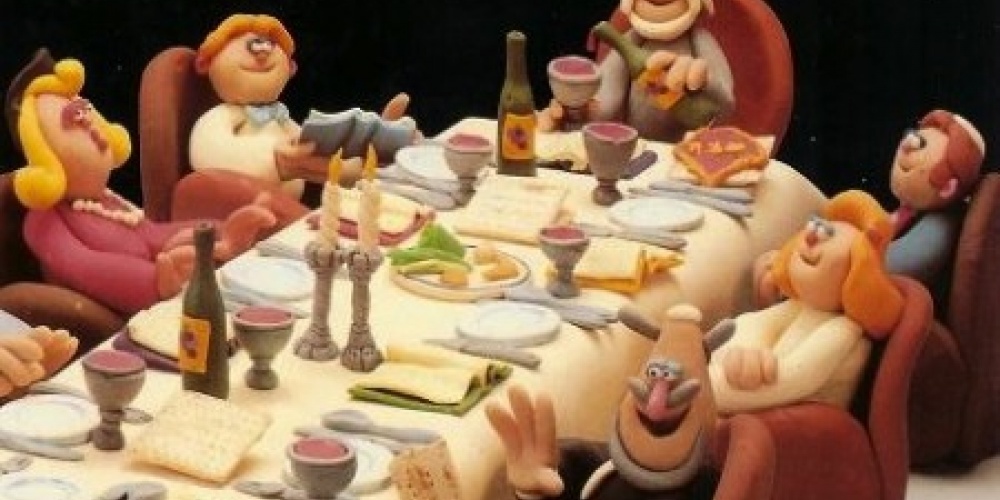 Perhaps the major social issue facing the Orthodox community today is defining the proper role for women within the observant community. While the specific issues may be different, the discussion of women's role in ritual has a long history. Two issues that may seem trivial today concerned some of the most basic aspects of the Pesach seder.

One of the ways we express our freedom and royal status is through the requirement of reclining while we eat matzah and drink wine. Mimicking the practice of the nobility of the ancient world, our rabbis went so far as to rule that one who does not recline must repeat the mitzvah. While a Roman servant was not allowed to recline without the explicit permission of his master, a Jewish servant was obligated to recline--his master had no right to limit his freedom. However, the Talmud teaches that a student should not recline before his teacher; "the awe of one's teacher is like the awe of heaven", and a student may not display such independence.

The Talmud (Pesachim 108a) rules that a woman may not recline in the presence of her husband, a ruling that parallels the ancient Roman practice of having only men lean. Yet the Talmud adds a caveat: if the woman is "important", she must lean; later authorities ruled that all Jewish women of "today" are "important", and independent from their husbands.

The discussion about leaning is followed by one about the four cups of wine. "Rav Yehoshua ben Levi said: Women are obligated to drink the four cups as they, too, were included in the miracle". If not for this reason, women would be exempt from drinking the wine based on the principle that women are exempt from time-bound positive mitzvoth[1]. Rashi and Rashbam explain this ruling based on the rabbinic teaching that, "it was on the merit of the righteous women of that generation that we were redeemed from Egypt." So, too, as it was due to Esther that the Jewish people were saved, women are obligated in the mitzvoth of Purim.

However, Tosafot notes that such an explanation does not fit with the language used by Rav Yehoshua ben Levi of "af hem", that "they too" are obligated, indicating a more secondary role. Rather, they explain that women, too, faced the same danger as the men as our enemies sought "to wipe out, to destroy, and to kill". Our enemies do not attack only the males but, like Amalek in the desert, make no distinction between man or woman (or child), or between religious and irreligious. When one Jew is in danger, all Jews are in danger. We Jews share one fate, and when salvation comes, all Jews are to celebrate together.

According to the view of Tosafot, the fact that it was women who brought about the redemption from Egypt, who were the prime movers behind the miracles of Pesach and Purim, in itself is not reason enough to obligate them in those mitzvoth. Such seems odd!

Perhaps we can explain as follows. Observing mitzvot is the way a Jew carries out the will of G-d. At times, however, we must act in ways in which we are uncertain if doing so is a mitzvah. We must hear and heed the call of history even if we are uncertain if  we are acting correctly. There was much to criticize in the approach taken by Esher and Mordechai and the Talmud tells us that many of of the leading rabbis distanced themselves from Mordechai due to his activist approach.

Closer to our times it was very questionable whether settling the land of Israel was the correct thing to do. However what may have been doubtful yesterday often becomes clear today and I shudder to think of our fate had Jews not moved to Israel. The question we must ask in not whether something is a mitzva but rather whether our actions will further the historical  destiny of the Jewish people. They often are, but may not be the same.

[1] The reason for this exemption is not at all clear and has generated much speculation. Whatever its reason, there seem to be more exceptions to the rule than the rule itself. Women, for example, are obligated no differently than men in kiddush, matzah, megillah, and seudah shlesheet. For an excellent treatment of this issue, see Rabbi Saul Berman's article in Tradition, Vol. 14, No. 2, Fall 1973.