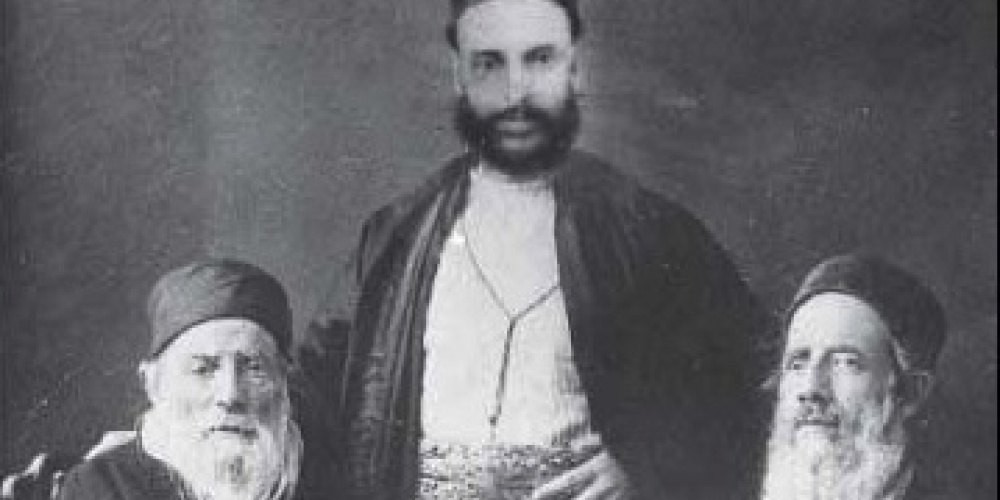 Considering the myriad of opinions on almost every aspect of Jewish law, it is not surprising that many pious Jews would try to act in a way that complies with as many differing opinions as possible. Such a sincere desire is lauded by the rabbis, who teach "hamachmir tavo alav beracha", to the one who wants to be strict, blessings should accrue.

However, there are times when being strict is inappropriate, counterproductive, or even harmful. Such usually is the case when my stringency might cause pain to others. The greatest of legal (and moral) minds would use whatever leniency they could to free one from the status of an agunah[1] or that of a mamzer.

The inappropriateness of stringency manifests itself in many instances, even when the stakes are not quite as high. As we discussed in our previous post, the Mishnah teaches that on erev Pesach, one must not eat from mid-afternoon onwards. The Gemara questions the need for such a ruling, as a braita had already taught that one may not eat from mid-afternoon on every erev Shabbat and Yom Tov--so why the need for a special teaching for Pesach?

The Gemara explains that our Mishnah reflects the view of Rav Yossi, who disagrees with the braita and allows one to eat all afternoon, even on erev Shabbat or Yom Tov. However, he agrees that on erev Pesach, as we prepare for the most important meal of the year, one may not do so.

Rav Yossi also maintains that if one started a meal early in the day and it extends into the evening, one need not stop eating, even on erev Pesach. Rav Yehuda disagrees on both points: he does not allow one to start a meal after midday on erev Shabbat or Yom Tov, and rules that if people have started a meal while it is permissible to do so, they must stop eating at the onset of Shabbat or Yom Tov. This is certainly so on erev Pesach.

The Gemara relates how one Friday afternoon (sometime in the middle of the second century CE), Rabban Shimon ben Gamliel and Rav Yossi were eating together in Acco. As the sun set, turning Friday into Shabbat, Rabban Gamliel asked Rav Yossi, "Might it be your desire that we should stop and be concerned for the view of Rav Yehuda, our friend? He said to him: "Day in and day out, you treasure my words in the presence of Rav Yehuda--and now, you will treasure the words of Rav Yehuda in my presence? 'Do you also wish to conquer the queen while I am in the house? (Esther 7:8)'" (Pesachim 100a).

While Rabban Gamliel's request does not seem unreasonable, it was an unnecessary slight to Rav Yossi, with whom he was eating. Rav Yossi's citation from Megilat Esther is striking. Esther had just told Achashverosh that it was his trusted minister, Haman, who was planning to kill the Jewish people. While Achashverosh angrily went outside to digest this information, Haman "fell" onto the same bed as Esther. While he may have been pleading for mercy, lying on the Queen's bed in the presence of the King will get one killed.

Rav Yossi was, rightly or wrongly, extremely hurt; and like Achashverosh, he felt violated. One does not eat with a friend and then question if, perhaps, we can improve upon the  "kashrut"[2]. This is not an issue of Jewish ritual law, but one of sensitivity to others, which is a more basic requirement.

Rav Yossi's words seem to contain a double rebuke. "Day in and day out, you treasure my words in the presence of Rav Yehuda"--this, too, it seems, was incorrect. In the presence of Rav Yehuda, you should have followed his views and not mine, Rav Yossi gently mentioned to him. But if you (inappropriately) followed my view in his presence, how much more so should you follow my views in my presence?

[1] To cite one example: Rav Moshe Feinstein, the greatest posekwho has set foot on American soil, with the stroke of the pen allowed woman survivors of the Holocaust to remarry on the assumption that, with modern technology (this was in the 1940's!), a wife who did not hear from her husband could assume he was dead. We know--as he did--that such an assumption was not universally valid; but it was valid enough not to condemn hundreds of thousands of women to a life alone. (see Iggrot Moshe, Even HaEzer #4, 58.1)

[2] Several Mishnayot deal with the limits of leniency one can employ in eating with one who may not be meticulous in kashrut observance. While there are definitely limits, there are also definitely leniencies. This is one of the themes of Mashechet Demai.