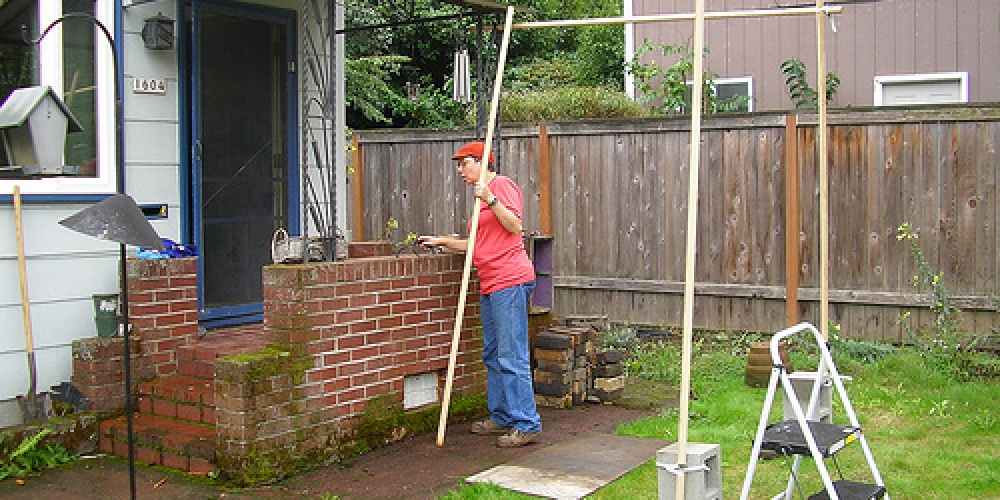 Masechet Sukkah holds a special place in my heart, being the first tractate I learned cover to cover. Its topics are interesting, wide-ranging, joyful (by and large), and offer some fascinating historical insight into the religious schisms that afflicted the Jewish people at the end of the second Temple period.
Each of the five chapters of the masechet deals with a different aspect of the festival. The first and longest chapter details the laws relating to the construction of a sukkah. It is a mathematician's paradise with its myriad diagrams, calculations, and attempts to figure out the Gemara's understanding of the relationship between diameter, circumference, and area[1].
The second chapter discusses the mitzvah of living in the sukkah, detailing who may--and when and what one can--eat outside of a sukkah. The third chapter discusses the arba minim, opening with the fascinating case of the lulav hagazul, the stolen lulav. This poor lulav is exhibit A for the principle of mitzvah haba'ah b'aveirah, the concept that one cannot fulfill a mitzvah through the medium of a sin- the ends do not justify the means. It is in this chapter that the laws of Hallel, recited on all holidays, are explained. Sukkot is known in rabbinic literature simply as chag, the holiday par excellence, and Hallel is an expression of the joy associated with zeman simchatenu[2]. The fourth chapter discusses the special Temple mitzvah of surrounding the altar with (twenty-foot high) aravot and the attendant hakafot around the altar[3], along with the special water libations for Sukkot. The fifth and final chapter describes the festivities of the simchat beit hashoeva, where the Talmud says that one who has not seen the joy of the simchat beit hashoeva has not seen joy in his life.
Like all masechtot, Masechet Sukkah discusses topics beyond its primary theme; though, on further examination, one realizes that such generally reflect added dimensions of the holiday.
Perhaps the central meta-theme of the masechet is that of chinuch, educating our children. The masechet begins with a discussion of the maximum height of a sukkah. In trying to resolve this dispute, the Gemara seeks evidence from the very tall sukkah of Queen Helena. While she herself was exempt from the mitzvah of sukkah, her minor children were not--part of their mitzvah of chinuch. Despite the fact that the sukkah may have been used for chinuch purposes only, the Gemara feels comfortable using her sukkah as a paradigm for all sukkot. There is no chinuch if a mitzvah is done haphazardly, ignoring its technical details because one is not yet obligated. Instead of proper training, such behavior reinforces bad habits--habits that will be hard to modify when one is actually obligated in the mitzvah. Only perfect practice leads to perfection.
Later on in the masechet (42a), the Gemara teaches that the obligation of a child to begin performing mitzvoth begins only once he has mastered that particular mitzvah. It is here that the Gemara teaches that when a child learns to speak, the first words he should be taught are "Moshe commanded us the Torah, a heritage to the congregations of Israel" (Devarim 33:4), and the Shema.
The masechet ends with the punishment given to the Bilga family for the horrific speech of Miriam, their daughter--"the speech of a child in the marketplace comes either from the father or the mother" (Sukkah 56b). One learns much about parents from the talk of the children.
It is regarding the holiday of sukkot that the Torah tells us, "so that your generations will know" (Vayikra 23:43). Sukkot, more than any other holiday, is about knowing what it means to be a Jew and why one should be a link in the generation of Jews. The sukkah may have no protective roof. Rather, we yearn for G-d to spread upon us the canopy of peace, so that we celebrate to the fullest zeman simchateinu, the time of our joy.

[1] I recall how our high school Rosh Yeshiva, Rav Binyamin Tabory, may Hashem grant him a refuah, had a mathematician come to teach the mathematical parts of the masechet.
[2] Interestingly, the Rambam codifies the laws of Hallel not in Hilchot Sukkah (which he groups together with the laws of Shofar), but in Hilchot Chanukah (which is grouped together with the laws of Purim). Presumably, this is because the Talmud defines Chanukah as days of Hallel and thanksgiving, whereas Hallel is only one aspect of Sukkot.

[3] While our custom today is to do hakafot with the lulav, this was a point of disagreement amongst earlier authorities, with many ruling we should circle the bimah with the arava.
Thoughts from the Daf
Succah
Sukkot
sukkah
masechet sukkah
joy of holidays
bilga