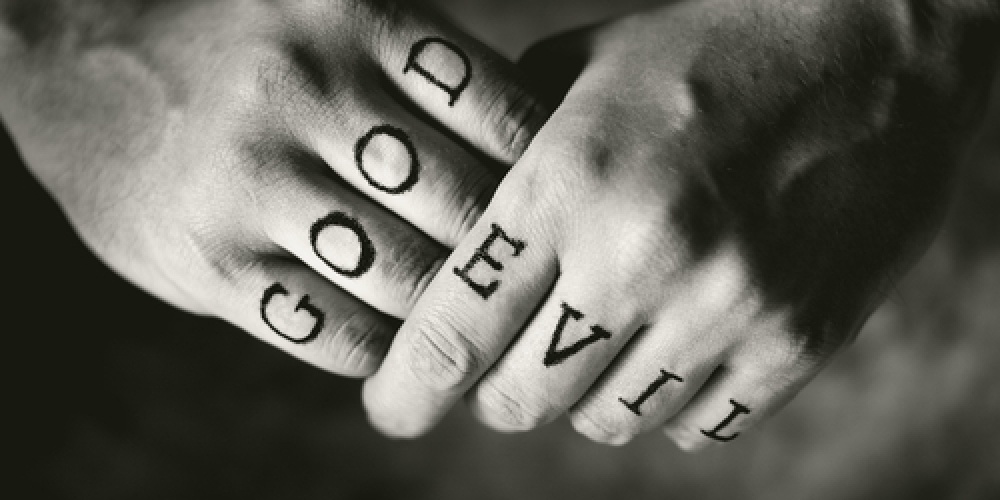 Judaism has long insisted that we give people the benefit of the doubt: one is innocent until proven guilty. It is always difficult to determine what happened in any questionable situation and even in those rare cases when we might know all the facts, we will rarely be privy to a person's motivation, a factor that is most crucial and telling. This reluctance to judge others is rooted in the fact that only G-d is the true and accurate judge. "Judge not alone, for there is only One who may judge alone; do not say, accept my view" (Pirkei Avot 4:10). It is only to prevent injustice that society, both Jewish and non-Jewish, is obligated to set up a justice system, imperfect and incomplete though it may be.
People generally desire to paint things as black and white, rarely acknowledging the shades of grey in others. We are prone to filter information about others through our preconceived notion of them. Thus, we might interpret someone's charitable giving as a good business move, or a desire to be honoured, discounting the noble motive of simply wishing to help others. We may think, "If only those bestowing these honours knew what we know—that this person is calculating and self serving—they would be more circumspect." Truth be told, both propositions may be true; one can be ruthless, egotistical and untrustworthy in one’s business dealings and yet still truly want to help others.
There is no better example of our Sages’ view of the inconsistencies (even downright hypocrisy) of humans than their analysis of the case of the Sotah. The Torah describes a tragic marital situation in which the husband suspects, based on solid circumstantial evidence, that his wife has been unfaithful. The wife, wanting to clear her name, vociferously proclaims her innocence. The Torah details a most unusual ritual in which the woman, after being disheveled, is made to drink a potion containing water and earth and a "scroll" of the Torah's description of this ordeal. The Torah, for the first and only time, promises that her guilt (or innocence) shall be determined by a miracle. "It shall come to pass that if she has forfeited her purity and has been unfaithful to her husband, that the curse-bringing water shall enter her for bitterness and her belly shall swell and her thigh waste away. However, if the woman is pure and has not been defiled to her husband, she will remain unharmed and will become pregnant" (Bamidbar 5:27-28). While not explicitly stated in the Biblical text, our Sages were able to divine from the wording of the text that the male counterpart suffers the same fate for his adulterous union.
The Mishnah (Sotah 20a), in discussing the fate befalling this couple, tells us that if the woman is otherwise meritorious, her punishment can be delayed for many years. Despite having committed one of the cardinal sins of Judaism, one that requires death before transgression, she may still have many merits—merits that can forestall her severe fate. And what might those merits be, asks the Talmud? If she takes her children to school and is willing to let her husband spend time learning (and thus, less time with her), is the Talmud's pithy response. Amazingly, although the woman has committed adultery, the fact that she drives some carpools and enables her husband to learn can, at least temporarily, suspend whatever she has coming to her otherwise. Such is the power of learning Torah—or should we say, the power of supporting the learning of Torah.

While we humans might want to automatically condemn the adulterer, G-d, who sees the whole picture, has a much more "nuanced" view. It might seem strange that one heavily invested in Torah learning would commit adultery, but we know otherwise. Man is full of contradictions and should never be simplistically judged by only one aspect of his life. Many a murderer has some fine qualities, and even terrorist groups may perform charitable works when they are not involved in terror.

Rabi Yochanan posits that the Mashiach will come when a generation is fully pious or fully wicked (Sanhedrin 98a). These are not necessarily two opposing views, but rather mirror our own generation, one that is full of piety and yet, at the same time, full of evil. It is well known that our tradition teaches (Yoma 9b) that the Temple was destroyed due to sina'at chinam, baseless hatred. What is less well known is that the Talmud says that generation was also one that excelled in gemillut chasadim, acts of kindness. Apparently, both kindness and hatred can coexist, often within the same person. Despite the continued infighting amongst the Jewish people, may the tremendous acts of kindness the Jewish people are involved in lead to complete redemption speedily in our days.
Parsha Thoughts: Rabbi Jay Kelman
Naso
thought for the week
parshat hashavua
Naso
adultery