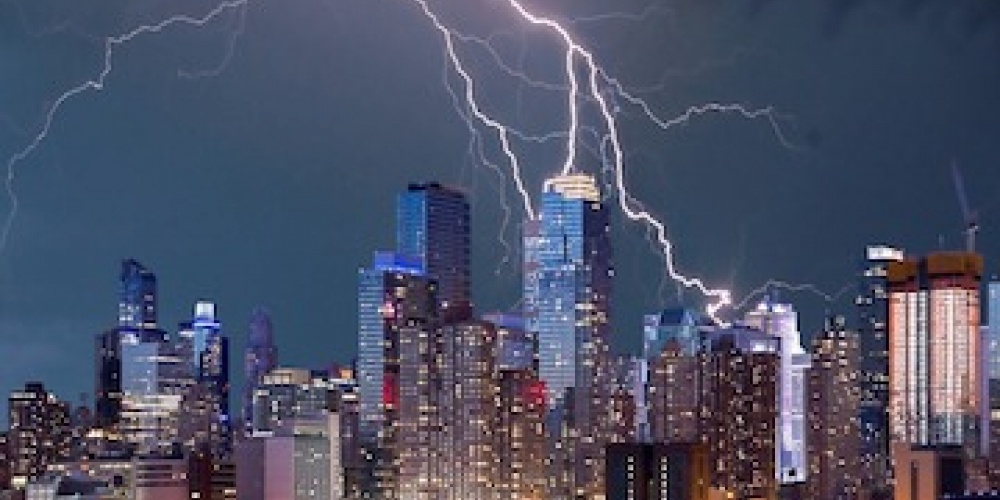 It is common after a major event to have difficulty getting back into our daily routine. Whether it is a child's wedding, an exotic vacation or a summer at camp, rarely do we feel ready to return to our daily schedule. Surely the excitement of the events surrounding the receiving of the Torah at Sinai would seem to affect our daily activities similarly! The thunder, lightning, and masses of people all gathered to hear the first two commandments directly from G-d would have put one on a spiritual high from which it must have been hard to come down. Following on the heels of the ten plagues and the splitting of the Red Sea, daily life seemed just plain boring.

Yet it is Parshat Mishpatim which follows Parshat Yitro. Its many mitzvot discuss such "inspiring" topics as the laws of slavery, goring animals, bailees, torts, bestiality and the handling of loan collateral. Is this what follows the grandeur of Sinai?

The essence of Judaism consists of its infusing the mundane with holiness: a meal becomes a seudat mitzvah. This is especially true in matters relating to money. Meticulousness in religious observance is one thing when it relates to such relatively easy matters as Shabbat, kashrut, and even tzniut (modesty). It is much harder to be extra meticulous, worrying about every potential and possible religious violation, when extra stringency can often mean less money in your pocket. This week's parsha deals mainly with civil law relating to monetary issues and disputes. Proper observance of these laws is the true test, and the real grandeur of Sinai.

Rashi already sensed the difficulty people have in considering business matters as a religious issue. Commenting on the proximity of Parshat Mishpatim to Parshat Yitro, Rashi states that just as the Ten Commandments come from Sinai and are of Divine origin, so, too, are the laws of slaves, oxen and the like.

Most of us tend to compartmentalize the different spheres of life-- there is the religious sphere of davening, Shabbat and the holidays, and then there is the real world of making a living and the "secular" side of life.

While we readily acknowledge the divine origin of our rituals, civil law and even "ethics" are often viewed as man-made. Both, however, emanate from the same source, with the basic principles given at Sinai along with a mandate to the scholars of each generation to apply the principles to day to day living. Mishpatim teaches us that there is no such thing as "secular" in life. There may be different levels of holiness, but all of life's activities can and must be conducted with an awareness that Torah is just as relevant in the boardroom and bedroom as it is in the synagogue.

Pirkei Avot, commonly translated as Ethics of the Fathers, is the Mishnaic tractate which has as its primary focus character development, ethics and morals. In editing the 63 tractates of the Mishnah into six orders, Rabbi Yehuda HaNasi placed Pirkei Avot in Nezikin (damages), which focuses on monetary matters. It is precisely here that we must stress ethics and morality.

This Shabbat, we read Parshat Shekalim. This is the first of the four special readings which start before Purim and conclude before Pesach. The Maftir describes the collection of a half shekel from each Jew in order to help defray the costs of running the Temple. According to rabbinical tradition, both the command to build the Mishkan (tabernacle) and the appointment of a judiciary took place on the same day. Apparently, the Rabbis are stressing the point that we cannot build our Temple if monetary disputes--even of only a half shekel--are still outstanding. The path to holiness can only be achieved if our monetary dealings leave no room for dispute.

Let us each contribute our personal half shekel as we bring the grandeur of Sinai into our day to day routine.