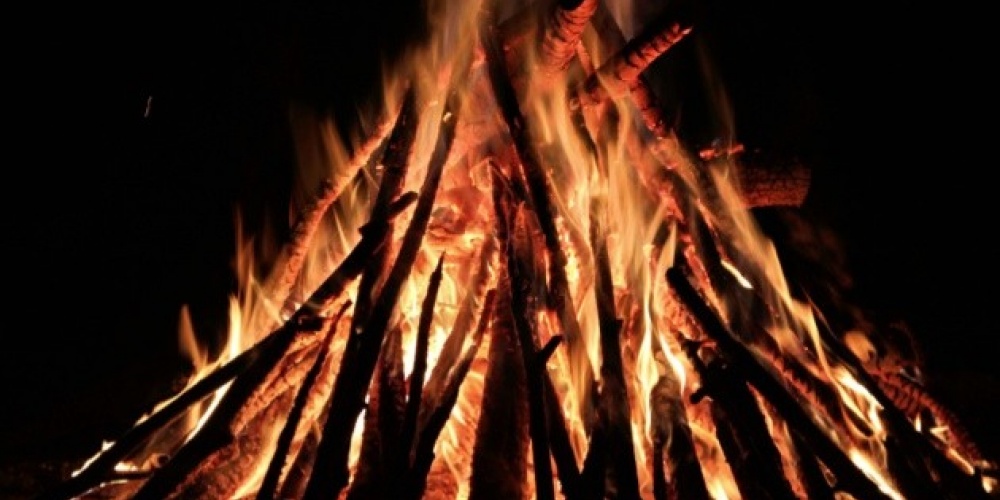 Lag BaOmer is a mysterious holiday. There is no mention of it in the Gemara, a fact that led the Chatam Sofer to object to the many practices of the day that had come into vogue. The two standard explanations for this holiday are that it is the day that the students of Rabbi Akiva stopped dying, and that it is the yahrzeit of Rabbi Shimon bar Yochai (or perhaps the day in which the decree of the Romans to kill him was rescinded).

The Talmud (Yevamot 62b) describes how all the students of Rabbi Akiva died "between Pesach and Azeret" (Shavuot), making no mention of Lag BaOmer. In fact, the simple reading of the Gemara is that the dying (or the killing by the Romans in the Bar-Kochba revolt) did not end on Lag BaOmer, but continued until Shavuot. Even if the plague did stop on Lag BaOmer, why exactly is that a time for celebration? The dying stopped because there were no more students of Rabbi Akiva left to die. And if there had been survivors, should they celebrate?

Sefirat haOmer links Pesach and Shavuot, the Exodus and the receiving of the Torah[2]. It is the time to prepare, so that we are ready to receive the Torah[3]. "Vayichan sham Yisrael, and Israel encamped next to the mountain" (Shemot 19:2). Sensitive to the use of the singular "vayechan, and he encamped", as opposed to "vayachnu, and they encamped", our Sages comment that the Jewish people were, for perhaps the only time in our history, united "like one person, with one heart" (Rashi). It is only when the Jewish people are one that G-d can truly be our King. "And there was a king in Jeshurun, when the heads of the people were gathered, all the tribes of Israel together" (Devarim 33:5).

Sefirat HaOmer is the time when we focus on bringing Jewish people together as we prepare to reaccept the Torah. And there was no better proponent of this than Rabbi Akiva, who taught that "love your neighbour as yourself" is the fundamental principle of the Torah. Perhaps this is because there was no one who understood the need to respect others better than Rabbi Akiva.

"Rabbi Akiba had twelve thousand pairs of disciples...and all of them died at the same time, because they did not treat each other with respect. And the world was desolate" (Yevamot 62b). Lack of respect amongst Torah scholars causes desolation. Torah must bring us closer--and it is noteworthy that, instead of teaching that Rabbi Akiva had 24,000 students, the Gemara teaches that he had 12,000 pairs of students. Torah in isolation can lead to desolation.

If Rabbi Akiva is the exemplar of the need for unity, his student Rabbi Shimon bar Yochai continues teaching the importance of this message, perhaps even expanding it to our relations with the non-Jewish society around us.

"Rav Yehuda said, 'How beautiful are the works of these [Roman] people! They made streets, they have built bridges, they have erected baths...' Rav Shimon bar Yochai answered and said, 'All that they made they made for themselves; they built marketplaces, to set harlots in them; baths, to rejuvenate themselves; bridges, to levy tolls for them'" (Shabbat 33b).

Upon hearing this, the Romans decided to kill Rabbi Shimon bar Yochai, who escaped to a cave--emerging only after 12 years, when the Caesar died and the decree lifted (which, according to some, was on Lag BaOmer). Yet, after 12 years in a cave studying Torah, he (and his son) were not able to adjust to living in society with others. They were shocked to see people farming the land. "Whatever they cast their eyes upon was immediately burnt up. Thereupon, a Heavenly Echo came forth and cried out, 'Have you emerged to destroy My world? Return to your cave!' They did so for 12 months, saying the punishment of the evil ones is Gehinom is 12 months".

After 13 years, Rabbi Shimon bar Yochai understood that the greater one is in Torah, the greater understanding one must have towards working folk. They are the ones who ensure the operation of the world. Only one who is "evil" would dare destroy what the people have built. The language of the Talmud is unmistakable. Rav Shimon bar Yochai understood his actions were evil, and he (and his son) had to suffer 12 more months alone in a cave.

It could very well be that not only was his critique of the "farmers" inappropriate; so, too, was his mocking of the Romans. They built wonderful cities, regardless of their intent - even as they persecuted the Jews. It is not by chance that Rav Moshe Feinstein often referred to America - which in addition to all its has built has been wonderful to the Jewish people - as a malchit shel chesed, a kingdom of kindness.

Lag BaOmer is known as the hilulu of Rabbi Shimon bar Yochai. Ahilulu generally refers to a wedding--the ultimate in bringing people together. Whether or not these events happened on Lag baOmer is not really relevant. Sefirat haOmer in general, and Lag baOmer specifically, are meant to bring people together. And that is worthy of celebration.

[1] To the best of my knowledge, not one Talmudic sage's yahrzeit is mentioned, most likely for the simple reason that the concept of observing a yahrzeit is a post-Talmudic development.

[2] In the Torah itself, Sefirat haOmer links the barley offering brought on Pesach and the offering of two loaves of bread on Shavuot. The celebration of Shavuot as day of receiving the Torah most likely only began after the exile (see R. Mordechai Breuer, Pirkei Moadot), changing our perception of the nature of Sefirat haOmer. We will have to elaborate on this another time.

[3] Thus, for example, the custom to study Pirkei Avot at this time--beginning with the teaching that Moshe received the Torah at Sinai and ending with a full chapter describing the beauty of Torah.