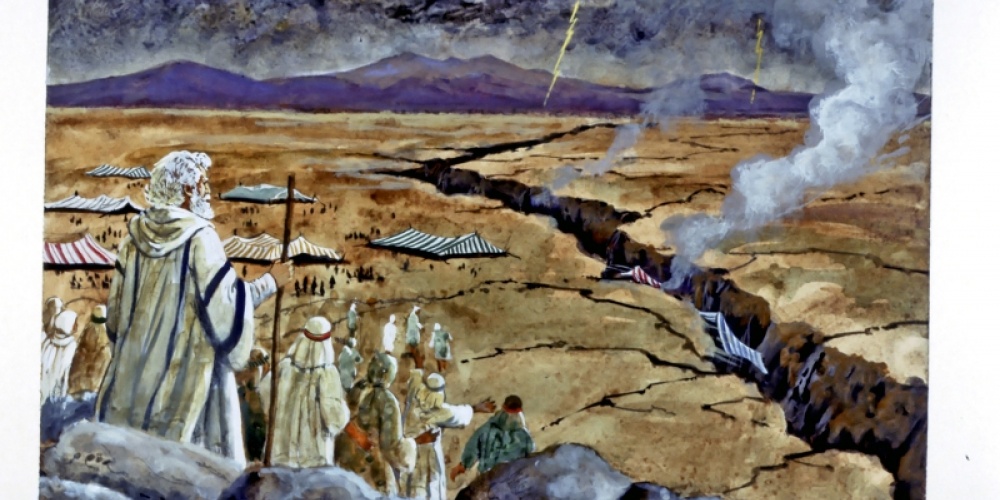 This week's d'var Torah is dedicated in honour of my father Rabbi Joseph Kelman z"l whose yahrzeit is this week. May his memory be for a blessing.  --JHK

It often takes a crisis to bring people together. The greater the crisis, the greater the sense of unity. Countries at war generally unite around their leadership, and issues that caused great public debate are quickly pushed to the back burner. Those nations that are unable to unite in times of crisis face a bleak future, as can readily be seen by the breakup of so many countries today.

The Jewish people, for the first time in their nascent history, faced a major crisis; one that threatened their continued existence. Up until this point, there had been bumps along the way--even serious sins and setbacks--but the march of Jewish history was continuing on schedule. And then came the sin of the spies.

While Moshe “convinced” G-d not to destroy the people, the entire generation would have to die in the desert. No longer could the people be confident about their destiny. To borrow a rabbinic phrase, “perhaps sin will cause” the journey to be stillborn. If there ever was a time for the Jewish people to come together, now was it.

Instead of rallying around the leader, Korach choose to foment rebellion. The Torah does not tell us what Moshe had done wrong, or why Korach felt that Moshe and Aharon had too much power. To do so would have meant that a proper response could be offered, something Korach was not interested in hearing. With no actual claim of mistakes made, Moshe could offer no response save for “falling on his face” (16:4). Korach’s quest for power was not about who could serve the Jewish people better; rather, it was little else but lust for power. What better time for a leadership change, on the heels of the “failure” of Moshe to bring the people of Israel to the Land of Israel? Korach’s partners Datan and Aviram refused Moshe’s request for a meeting to see if they could work things out. Korach’s basic claim “that the entire nation is holy” was taken straight from G-d’s charge at Sinai, “and you shall be for me a kingdom of priest and a holy nation”. A great political slogan for those who put personal ambition above the needs of the community.

It is most telling that Korach’s rebellion marks the end of “Act 1” of the journey from Egypt to Israel. Our story began just two years earlier, with G-d instructing Moshe to redeem the Jewish people. How different is the end from the beginning! Moshe had to be forced to become a leader. His innate humility, his lack of charisma, his comfort in Midian were not the qualities of those who seek leadership. But what better (and harder to find) quality for a leader than humility? And as too many rabbinic and other scandals have demonstrated, all too often, it is charisma that allows leaders to cross boundaries.

The story of the first generation ends with Korach. The beginning and end is all about leadership. While choosing the right leader does not always guarantee success, choosing the wrong one almost always guarantees failure. While G-d chose Moshe--and the many prophets that followed--we do not have the luxury of relying on Divine choice. But we can follow His model, searching for modesty over money, character over charisma, commitment over connections, dedication over demagoguery.

When the journey of the Jewish people picks up, it is 38 years later and the second generation is readying to enter the Land. And that generation won’t have the comfort of Moshe's leadership. But luckily, they had the servant of Moshe to lead them, and that made all the difference.

My father, z”l, led his community for over 40 years, serving with great dedication, dignity, and distinction and, I am proud to say, with much humility. I pray that some of that has been passed down to my own and future generations.