Ketubot 104: After the Rebbe 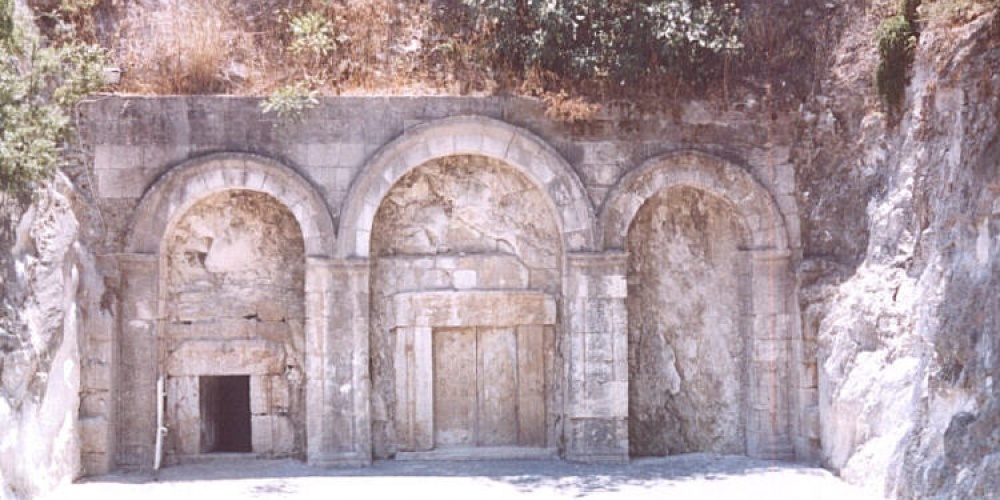 The life of Rebbe, Rabbi Yehuda Hanassi, marked a turning point in Jewish history. He was the one who, strange as it may sound, acted in defiance of Torah law and decided that the Oral Law was to be written down (Gittin 60b)--by its nature an oxymoron. The times called for such a drastic measure. With exile and dispersion, persecution and the loss of the Temple, no longer could Torah be effectively taught orally. To save Torah from being forgotten, he had to “violate” it--invoking the verse, “There is a time to act for the Lord--they have nullified your Torah” (Tehillim 119:126). Only by changing the nature of Torah from a dynamic, fluid oral one to a more “rigid” written one could the eternity of Torah be preserved[1].

Perhaps for this reason the Talmud spends so much time--possibly more than for any other Talmudic sage--describing his death[2]. I want to focus on three fascinating halachic issues that arise from the Talmudic account of his death.

“On the day that Rebbe died, a heavenly voice announced: 'Whomever was at the funeral of Rebbe is invited to the World to Come'. A certain cleaner, who used to come to him every day, failed to call on that day; and, as soon as he heard this, he went up upon a roof, fell down to the ground and died. A heavenly voice came forth and announced: That cleaner is also invited to the World to Come” (Ketubot 103b).

Amongst the explanations is that his suicide reflected his extreme disappointment in missing the funeral. While wrong, we can’t really blame him for his actions. Perhaps he so yearned for his teacher he felt life was not worth living without him. Wrong again, but not something one loses the World to Come for. As a launderer, it is unlikely he had a strong knowledge of Judaism. His heart was in the right place, even if his actions were not. This story helps to lay the groundwork for our modern treatment of suicide, where full burial rites and shiva are observed.

“On the day that Rebbe died, holiness ceased” (Ketubot 103b). Rabbi Yehuda Hanassi is known as Rabbeinu Hakadosh, the holy Master, and with his death holiness ceased. Based on this passage Rav Chaim HaCohen (Tosafot, s.v. otto hayom) asserted, “had I been [alive] when Rabbeinu Tam died, I would have become impure for him”, attending the funeral (carrying the body?) despite being a kohen. The holiness that was lost was the holiness of the priesthood. This holiness was suspended just for the day--allowing kohanim to attend and give honour to Rebbe. And thus, the Gemara says otto hayom, that day, implying the day that Rebbe died but no other, holiness ceased. Honouring a true giant of Jewish history is to take precedence over maintaining the purity of the priesthood.

As Rebbe lay on his deathbed, his students gathered around him in prayer, seeking Divine mercy for him to extend his life. When Rebbe’s maidservant saw the pain that Rebbe was in, she understood that the path of mercy meant a quicker death for her master. She thus switched her prayer, and beseeched G-d to quickly take Rebbe from this world. However, the students kept praying and Rebbe kept living. She then smashed a barrel to distract the students and the sudden noise caused the students to cease praying. At that moment Rebbe died.

It is based on this Gemara that many authorities (see, for example, Igrot Moshe, Choshen Mishpat 2:74:4) note that while one may not actively end a person’s life, we may and perhaps at times should pray for one to die (and surely making a mi Sheberach is inappropriate when there is realistically no hope and much pain). This story--with huge ramifications for end of life issues [3]--points both to the effectiveness of prayer while at the same time teaching that prayer is not action. When something needs to be done, we must do it.

[1] Please see the introduction to the Dor Revi'i, here  (Hebrew). This commentary on Masechet Chulin  by Rav Moshe Shmuel Glassner, the eldest great-grandson of the Chatam Sofer--hence, its title, The Fourth Generation--opens with a fascinating discussion of the fundamental difference between an Oral Law and a written one. It is the former that allows Torah to be much more responsive, and this Hungarian Zionist saw the return of the people to land as part of a process of restoring the Oral Torah to its original and ideal state (see here where I elaborate on this idea).

[2] The other great Sage whose death is described in great detail is Rav Yochanan ben Zakkai (Brachot 28b), who saved Torah by moving its center for Jerusalem to Yavne--a most radical idea--where the Oral Law was greatly developed. Six generations later, it was Rav Yehuda Hanassi who “codified” that Oral Law into the Mishnah.

[3] There are some authorities who based on the passages above rule that one is permitted to commit suicide when in great pain. We plan to discuss this topic at our upcoming conference on Jewish Medical Ethics, August 20-23, 2015.