Eiruvin 63a: May We Debate? 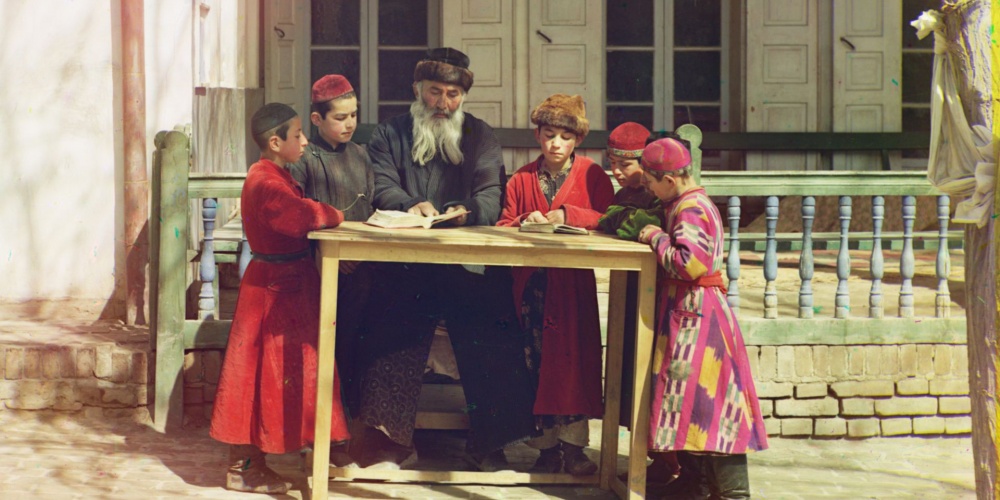 The teacher/student relationship is a most special one.  A teacher must treat his student as he would treat his own child, and a child must relate to his teacher as a parent. The Talmud even rules that one must return the lost object of one’s teacher before that of a parent, for “a parent brings you into this world, whereas a teacher brings you to the World to Come”1 (Bava Metzia, 33a).

One of the ways in which a student must show respect to a teacher is not to issue rulings on matters of Jewish law in that teacher’s presence (Eiruvin 63a). In fact, the primary purpose of semicha today is to allow a student to issue rulings—provided he does not do so in the presence of his teacher (hence the term for semicha, heter hora’ah, which translates literally as permission to issue rulings2. This prohibition is taken extremely seriously by the Talmud, which ascribes the deaths of Nadav and Avihu to the fact that they issued a ruling in the presence of their uncle, Moshe Rabbeinu.

Even when there is good reason for such rulings, one must exercise great caution. Our Sages note that, “one who comes to anger will come to mistake”. This statement is made three times in reference to Moshe—and is the reason given as to why the laws of kashering utensils were told to Elazar (the younger brother of Nadav and Avihu) to relay to the Jewish people. Moshe, who had just expressed anger, could not be trusted with such an important mission (see Bamidbar 31:13-25). Elazar, sensitive to his Rebbe, actually noted that G-d told the laws to Moshe—and that he, Elazar, was just a messenger—yet, the Talmud says that he was “lowered from his high position” for doing so. The Torah records that “before Elazar the kohen shall he (Joshua) stand, who shall inquire of him of the judgment” (Bamidbar 27:21). Yet Joshua had no need ever to inquire of him on matters of Jewish law. While Elazar was obligated to teach these laws, he should have only done so when not in the presence of Moshe (see Torah Temimah, ibid).

Joshua, too, may have violated this principle, as the Talmud quotes a (contested) opinion that the reason Joshua did not have any children was that he told Moshe to prevent Eldad and Meidad—about whom we will read this week—from prophesying in the camp (Bamidbar 11:28). Even when looking out for the honour of one’s teacher, one must be extremely careful.

Notwithstanding the respect due to one’s teacher, the search for truth is even more important. Based on the verse in Proverbs that “there is no wisdom, and no understanding, and no advice against G-d” (21:30), our Sages teach that, “whenever there is a desecration of G-d’s name, we do not show honour to the teacher”. Thus, if a student sees one doing something wrong and his teacher does not respond, the student should do so.

The demand to refrain from expressing one’s opinion in the presence of one’s teacher is one that might strike many as odd. However, such was never meant to stifle debate; students are encouraged to question that which they hear. They may even present arguments and proofs against the position of their teachers.  It is offering rulings independently that concerned our Sages—and this prohibition applies even if the rulings are in full agreement with those of one’s teacher.

More striking is the halacha that a child must not even assert that his parents are correct, because such a statement implies that there is a possibility that they are not. We (at least I do) live in a culture that values the exchange of ideas, that encourages children and students to think independently, even (I would say, especially) if they disagree with their mentors. What constitutes respect can and does change from generation to generation, so that while debating with a parent may have been considered disrespectful in the past, that may no longer be the case. And even if one were to argue that such laws are fixed, Jewish law notes that parents or teachers may renounce their claims to the honours due them.

What is most important is that we show the utmost respect to our mentors. The exact form that might take is one that requires sensitivity to one’s time and place, and to the personality of those involved.

1Such only applies if the teacher teaches without remuneration. When a parent pays the teacher, i.e., day school tuition, the teacher is merely the messenger of the parent, and it is the parents who must be attended to first. Furthermore, the above law assumes that the parent does no teaching of the child--something that may have occurred in ancient times, when fathers could travel for years on end--but if a parent also teaches his child, it is once again the parent who comes first.

2There are many nuances and exceptions to these rulings, which are delineated in the Shulchan Aruch, Yoreh Deah #242.