Eiruvin 13a: Just One Letter 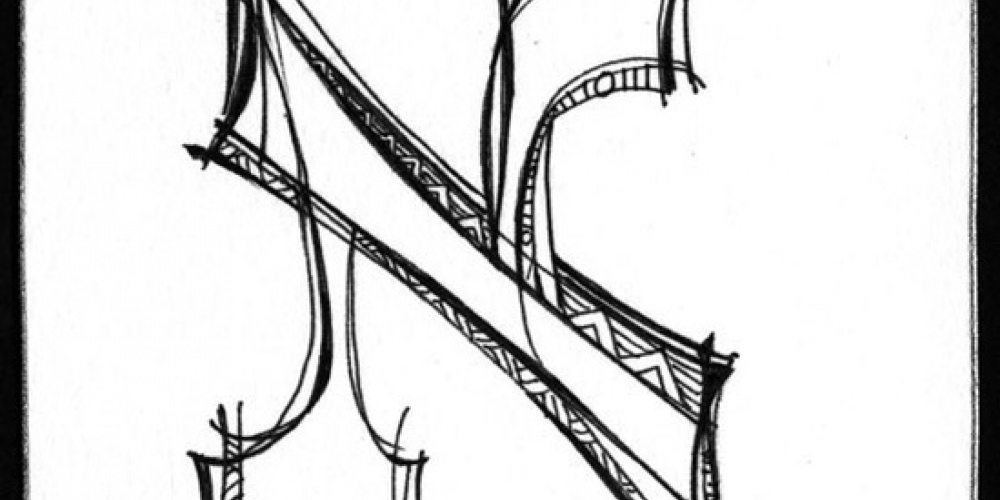 "When I [Rav Meir] came to Rabbi Yishmael, he said to me, 'My son, what is your occupation?' I told him, 'I am a scribe', and he said to me, 'Be meticulous in your work, for your work is the work of heaven—perhaps you will omit one letter or add one letter; you would thereby destroy the entire world'" (Eiruvin 13a).

Being a sofer, a religious scribe, is hard work, requiring great meticulousness, long hours and little pay. Mistakes cannot be tolerated. Omitting even one letter in writing a mezuzah, tefillin or sefer Torah renders the text unfit for use, and often such an error cannot be fixed, rendering hours of work useless.[1]

Hence, Rav Yishmoel's admonition to Rav Meir to be very, very careful in his work as a scribe. While this may seem excessive, modern technology actually sheds light on this phenomenon. Machines that cost millions can—and often do—break due to some problem with a part that may cost mere pennies. Often after some terrible accident, investigators will discover that it was the most minor of parts and errors that made all the difference.

Rashi, apparently focused on Rabbi Yishmoel's warning that a missing or additional letter destroys the world, interprets this teaching in a more focused manner. He explains that if one were, for example, to leave off the aleph, א in the phrase, "The Lord our G-d is true, אמת"--rendering it as מת, dead—this would be a blasphemous statement like no other. Conversely, if one were to add the letter vav, ו , to the expression, "and G-d spoke to Moshe"—rendering vayidaber, וידבר , as vayidabru, וידברו, "and they spoke to Moshe"—we would be (inadvertently) guilty of polytheism. While in comparison with atheism, this is a major improvement, it is still something for which a Jew must be prepared to die rather than accept.

For those more mystically inclined, our Sages teach that G-d looked in the Torah and created the world; the Torah serving as the architectural blueprint of the world. Commentaries explain (see, for example, Maharsha) that G-d actually used the letters of the Torah to create the world, so that a missing letter has ramifications beyond the validity of the Torah scroll. If one were to assume, as the kabbalists taught, that the letters of the Torah are the names of G-d, it is readily understandable that a sofer would want be extremely careful about missing letters.

The warning of Rabbi Yishmoel to Rabbi Meir regarding the importance of even just one letter takes on additional significance in light of the Gemara's (13b) assertion that Rav Meir, whose name translates as "light", was actually a nickname given because "he enlightened the eyes of the sages in [their understanding] of halacha", with his actual name being Rav Elazar ben Arach. The Talmud in Shabbat (147b) records that Rav Elazar ben Arach was caught up in seeking a life of luxury and forgot his Torah learning. (Click here for my thoughts on that fascinating episode.) When after a long absence, he returned to the beit midrash and was given an aliyah, instead of reading "החדש הזה לכם", (this month is for you) he read it as "החרש היה לבם" (his heart was deaf). His first mistake, the changing the daled, ד of "החדש" to a reish, ר, in "החרש" was a very minor change in the form of the letter, but one that fundamentally changed the meaning of the verse.

It surely is not coincidental that Rav Meir, or shall we say Rav Elazar ben Arach, responded to Rabbi Yishmael with the information that he adds kankantom, vitriol, to his ink, making it impossible to erase and thereby guarding against the possibility of "a fly perching on the crownlet of a ד and blotting it out, turning it into a ר". It was exactly these letters that Rav Elazar ben Arach had confused years earlier.

These are not letters one wants to mix up! Besides the error of חדש and חרש, such a mistake would have the first line of the Shema (אחד 'ה, G-d is one) being read as אחר, another god. It is for this reason that the custom when reciting the Shema is to elongate the אחד.

[1] This is because of the special law of tefillin and mezuzot known as כסידרן, k’sidran, the requirement that each letter be written in the exact order. While one could, in theory, go back and erase every letter from the mistaken point onwards, this would only work if one had not subsequently written the name of G-d. Such a rule thankfully does not exist in writing a sefer Torah; if it did, it would be next to impossible to ever write a kosher sefer Torah, it being beyond human capability to write the 305,000 letters without error. Yet, until such an error is fixed and any missing letters added, the Torah remains invalid for use.