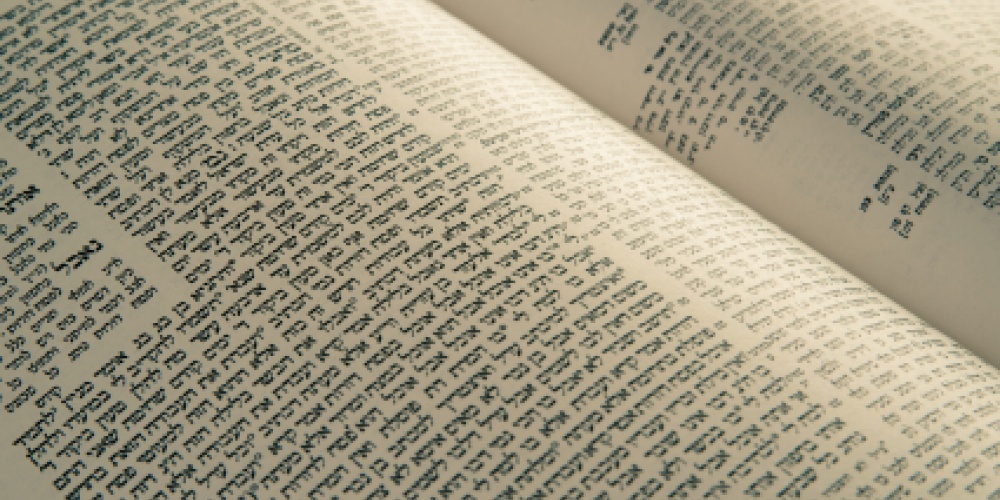 "Mei’emati korin et hashema b’arvit, from what time may one begin reciting the evening shema?" So begins the Talmud Bavli, the first volume of the Gemara and the page that will be studied by hundreds of thousands of Jews around the globe as they begin the 13th cycle of Daf Yomi on Friday. The hundreds of thousands who celebrated the completion of the 12th cycle highlight the enduring relevance of this ancient text, and its crucial role in Jewish continuity.

(As many of you may already know, the Gemara is made up of the Talmud, consisting of the short legal statements of the Mishna and edited circa 220, and the much longer and more expansive discussion of Gemara edited circa 499.)

It is noteworthy that the Talmud begins with the mitzvah of the shema. Coincidentally (not that we Jews believe in coincidences), the mitzvah of the recital of the shema is to be found in this upcoming week’s parsha. But more importantly, the shema is, in the words of the Talmud, “the acceptance of the yoke of heaven”. And when we open up the Talmud, we must be cognizant—even if, at times, it is only subconsciously—that we are attempting to understand the word of G-d, enabling us to live under “the yoke of commandments”.

The Talmud records a most startling view: The reason we lost the Temple, the reason we just observed Tisha B’Av, was because when Jews studied Torah, “they did not make a blessing first” (Nedarim 81a). The Talmud is, first and foremost, a religious text; and to study it only with a detached, academic perspective risks corrupting its very essence.

The shema is also the first mitzvah a bar or bat mitzvah can perform on a biblical level. So when we open the Talmud, we are reminding ourselves of our duty to transmit our wonderful heritage to the next generation.

Each of the tractates of the Talmud begins on page 2, teaching that there really is no beginning or end to the sea of Talmud. This idea is further expressed in the first word of Talmud. Mei’emati presupposes an obligation in the first place, yet such an obligation has yet to be mentioned; it is assumed that the “beginner” already knows this. The source of this assumption serves as the opening line, and hence the first question of, the Gemara as to the source of the obligation to recite shema.

By beginning with a question both in the Mishna and the Gemara, we establish the truism that, in Judaism, it is questions more than answers that are important. Only one who has the curiosity to ask will ever truly learn. We can—and have had to—survive as a people without answers; but without questions, there is no future for the Jewish people.

The opening word of the Talmud, “from when,” also reminds us of the importance of time. Of course the Talmud, as is its practice, gets its question from the Bible itself, where we begin with “in the beginning,” Breisheet.

The Talmud notes that the second question we will be asked at the end of our time on earth is, “Kavata itim leTorah? Did we set aside fixed times for Torah study?” I can think of no greater demonstration of kevata itim than Daf Yomi. Two thousand, seven hundred and eleven double-sided pages, seven and one-half years, day in and day out, no breaks, and no vacation, not Yom Kippur nor erev Pesach nor the day of your daughter’s wedding. It is an unbreakable commitment to the study of our most important and influential text.

The dedication, perseverance, and commitment required by the study of Daf Yomi is worthy of many gold medals. While the world at large celebrates physical prowess—something that does have its place in Judaism—the Jewish people focus our celebrations on our spiritual vitality. Unlike physical power, spiritual strength does not wane over time; it actually can become greater and greater as we age. The tremendous interest of even the secular press in the phenomenon of hundreds of thousands of people around the world studying the same ancient Hebrew-Aramaic text is piqued by the fact that it is something at which they can only marvel. It is most difficult to understand for those far removed from a God-centred morality.

Again, coincidentally (and again, not that we Jews believe in coincidences), the beginning of the 13th cycle corresponds to Tu B’Av; this is the day that the Talmud declares the happiest day of the year, along with Yom Kippur. On Yom Kippur, G-d renewed the covenant with the Jewish people; and the Torah, the written word of G-d, was given anew. On this Tu B’Av, we celebrate the beginning of a new cycle of the study of the Oral Law, bringing great joy to our nation. Twelve and thirteen are the ages of bat and bar mitzvah, respectively; of maturity, of taking on the divine commandments as we enter a new phase in our lives. As we begin our bar mitzvah cycle, may we accept with joy the commitment to increase our own Torah learning, day in and day out; and join with Jews around the world in the noblest of tasks, the study of Torah.