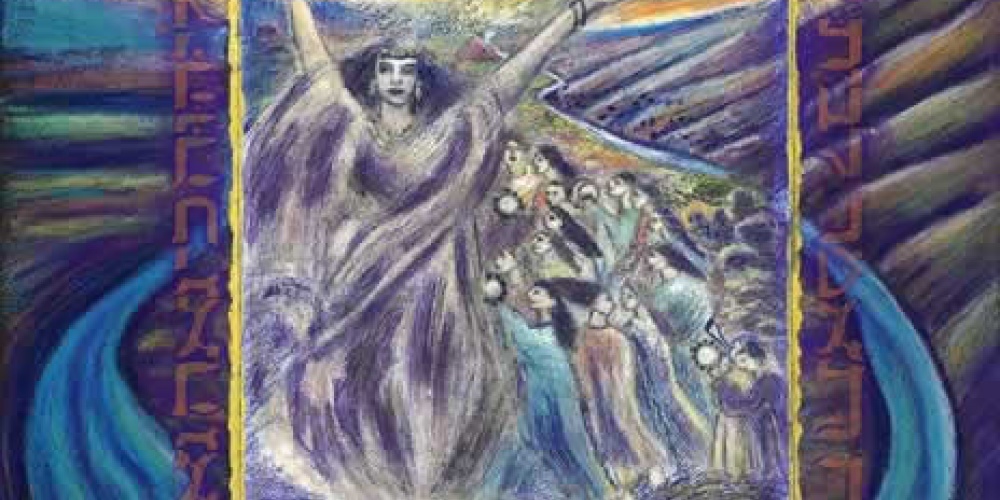 This week's devar Torah is dedicated in honour of the bat mitzvah of Temira Koenig. Mazal tov to her parents, Tali and Jason, and to the entire family. May Temira follow in the footsteps of Miriam, sanctifying the name of G-d in all that she does.

“And the Jewish people, the entire congregation, came to Midbar Zin in the first month, and they dwelled in Kadesh; and Miriam died there, and was buried there” (20:1). Parshat Chukat is the parsha of death. It begins with the mystifying law of the red heifer, detailing the ritual needed to cleanse one who comes in contact with death. The decree of the Divine “death penalty” is issued against Moshe and Aaron. Linking the two is the death of Miriam; no reason is given for her death. What better name for a parsha that deals with death than Chukat? After all, a chok denotes something that defies our understanding.

While the focus of commentaries and preachers is the “reason” for the death of Moshe Rabbeinu, the deaths of Miriam and Aaron often take a back seat. Seen together, it becomes obvious that the totally changed circumstances of life in the land of Israel called for a different model of leadership. While this may seem like a punishment, it is a chok—a fixed feature of life—that even the greatest of the great will face circumstances that call for different models of leadership.

Most revealing is how the Torah records the dates of deaths of our three leaders. Miriam, the Torah tells us, died “in the first month”. We are told neither her age, nor the date, nor even the year of her death. What we are told is, “there was no water for the congregation to drink”; and as Rashi notes, “from here, we learn that the entire 40 years, they had the well in the merit of Miriam”.

This description is in marked contrast to the death of Aaron, where we are told “he died in the fortieth year from the Exodus of the Jewish people from the land of Egypt, in the fifth month, on the first of the month. And Aaron was one hundred and twenty three when he died b’hor hahar” (Bamidbar 33:38). Moshe’s burial place is intentionally not revealed, nor is the date of his death—apparently, the Torah did not want his burial place to become a shrine or the anniversary of his death to be commemorated. All we are told is that he was 120 when he died, and had his full faculties until the very end. Try as we may, it is extremely difficult to emulate Moshe in this regard; 120 years of life now serves only as a blessing to bestow upon others.

There is clearly something special about the first month. “And G-d spoke to Moshe and Aaron in the land of Egypt, saying: This month is the first of months, it is first for you of the months of the year” (Shemot 12:1-2). The precursor to redemption was the establishment of the calendar, the sanctification of the new moon marking the holiness of time.

The enabler of the redemptive process was Miriam. Without Miriam’s actions, there would have been no Moshe and no redemption; truly, “in the merit of righteous women were we redeemed from Egypt”. Throughout Sefer Breisheet, the only women of whom we hear are wives and mothers. The one sister about whom we are told anything, Dinah, is acted upon (in a most tragic way); we are told nothing of her activities. Miriam introduces a new paradigm into our biblical role models.

The Jewish people’s survival, both physical and spiritual, was due to the efforts of Miriam. It was she who convinced her parents to have another child despite the horrors of Egypt, and it was she who ensured her brother’s safety and survival. While the command to sanctify the new moon may have been given to Moshe and Aaron, our tradition declares that Rosh Chodesh is to be celebrated specifically as a holiday for women. It was Miriam who was mekadesh (sanctified) that first month. It is not by chance that she died at Kadesh in the first month.

When Aaron died, his son Elazar succeeded him. When Moshe died, his student Yehoshua succeeded him. No successor is named for Miriam. That is the role all women are to fill as they sanctify each month, ensuring the wellbeing of the Jewish people.