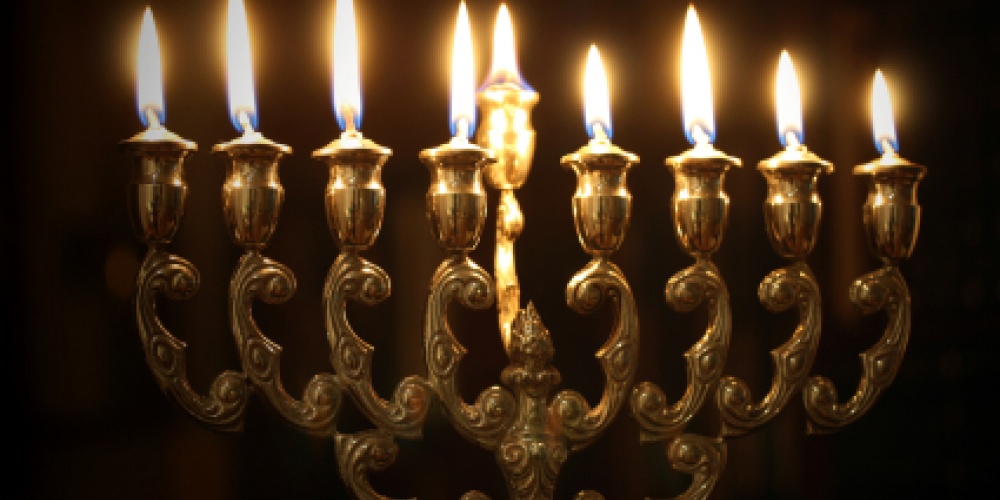 The holiday of Chanukah is a most beloved one. Lighting the candles is the only mitzvah that has, built into its performance, a three-tiered system: what we may call good, better and best. We begin with the basic mitzvah of one candle per household on each of the eight nights of Chanukah. We may opt for the more beautified version, mehadrin, where we light candles according to the number of people in the home on each night. Finally, there is the most beautiful manner in which to perform the mitzvah, mehadrin min hamehadrin, where we increase the number of candles each night.

Not surprisingly, Jews the world over all perform the mitzvah in the most beautiful fashion, mehadrin min hamehadrin. While we no longer have a Temple, and the Maccabees are just a blip in our history (one that quickly descended from its initial glory), the Jewish people instinctively understood that Chanukah has an eternal message.

Through the dark years of our long exile, the light of Menorah has guided and sustained us. Many Jews whose Judaism is little more than a flicker in their lives meticulously light the candles as mehadrin min hamehadrin, even if they simultaneously observe ceremonies of the dominant faith culture. They understand, even if they can’t articulate it, that the world needs a strong Judaism and a strong Jewish people. The battle of the Maccabees was the battle of all freedom-loving peoples, one that has inspired so many throughout history.  Yet it is all too easy for the lights to burn out into the winter darkness, never to be rekindled again.

A debate between Beit Hillel and Beit Shammai, the two great schools of Jewish learning at the turn of the first millennium, may help shed light on the best approach to preserving our Jewish heritage.

While we are familiar with the position of Beit Hillel that we are to light candles in ascending order, starting with one candle the first night and culminating in eight on the last night, Beit Shammai rules that one should do the reverse, beginning with eight on the first night and working our way down to one. The Talmud explains that Beit Shammai focuses on the yamim hanichnasim, the entering days of the holiday; so that with eight days ahead of us, we light eight candles on the first night. Conversely, Beit Hillel focuses on the yamim hayotzim, the days that are leaving; thus, as we begin Chanukah, there is only one candle to light.

The view of Beit Shammai makes perfect sense. As Chanukah begins, we look forward to eight days of celebration. “Opening night” is most special, much like Pesach and Sukkot, where the actual obligation to eat matzah or to sit in the sukkah applies on the first night only. Beit Shammai is future-oriented, something much attuned to the ethos of our society. They look ahead and see great potential; there is so much the Jewish people can accomplish.

This approach can also explain the second reason the Talmud offers for the approach of Shammai. As on Sukkot, when we bring 70 bulls in descending order (starting with 13 on day one and ending with 7 on day 7), so, too, we descend when we light the menorah. Our Sages explain that the 70 bulls represent the 70 nations of the world; and on Sukkot, we pray for their well-being. Beit Shammai sees the great possibility of Jew and non-Jew living in harmony, praying for the welfare of each other. What a beautiful future.

Yet it is only natural that as the holiday progresses, the excitement of the celebration diminishes. As we grasp that the Jewish people and the nations of the world often don’t live up to that potential, the light on our menorah gets dimmer and dimmer.

Beit Hillel has a different approach. One must start with the foundation. The Jewish people, first and foremost, gain their inspiration from our past: from our Matriarchs and Patriarchs, the Exodus, the era of David and Solomon, Esther and Mordechai and from the Sages of the Talmud—and on and on it goes. It is our past that inspires us to build a better future. We celebrate not what might be, but what we have accomplished. We build slowly each day, adding to the foundation of what came beforehand. A great future may beckon, but the path to get there is a slow, long-drawn-out one—adding a little light each day. This is the meaning of the more famous Talmudic explanation for the view of Beit Hillel, that ma’alim bekodesh, we must ascend in holiness, and may not diminish.

Jewish law follows the opinion of Beit Hillel. It is better to start with limited expectations and to slowly exceed them step-by-step. We can avoid the disappointment of not meeting lofty but ultimately unrealistic goals.

There is a tradition (quoted in the Tosaoft Chadashim, in the introduction to Pirkei Avot here) that in the messianic age, Jewish law will follow the opinion of Beit Shammai. The messiah will come when we are able to actualize our potential, when we will have ascended high in holiness. At that point, we can look forward to a glorious future that will only get better over time.