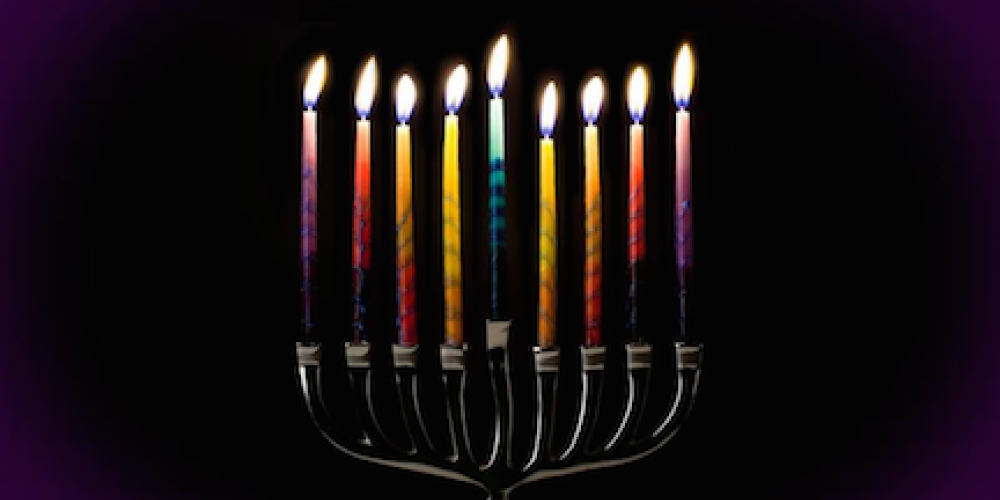 Perhaps the greatest challenge facing Jewishly conscious people in the modern world is figuring out the proper relationship we are to have vis a vis the outside world. Should it be one of rejection, integration or compromise? The above models have all been tried and have all met with varying degrees of success. As the challenges of the outside world are constantly changing, so must our approach; what works in one generation may be a disaster for a later one. We can look to historical models for guidance only, but not as an ideal to mimic.

No generation in Jewish history has been as successful as ours at becoming part and parcel of the dominant culture. While this has not been all good for Judaism, it has been very good for Jews. It is the holiday of Chanukah that is amongst the most widely celebrated amongst Jews of all stripes, no doubt due to its placement in the calendar. In many ways this is truly ironic. Chanukah represents the rejection of foreign cultures being grafted onto Judaism. The Maccabees led a revolt against Hellenistic culture and their battle was equally, if not more so, against the majority of the Jewish people who embraced Hellenism to the point of assimilation. How ironic that our generation with its rampant assimilation (and ignorance) “celebrates” a holiday dedicated to keeping Judaism pure and unadulterated by foreign ideas! Chanukah teaches that it is the light of the menorah that must be our focus, not the flames of the Olympic torch. Yet there is much we have learned from Greek/Hellenistic culture, ideas that have enriched Judaism. No less a personage than Maimonides worked on the premise that Greek culture and Judaism are harmonious. Yes, at times we must reject, but at other times we must embrace.

This idea, it seems to me, is reflected in the famous dispute between the students of Shammai and those of Hillel regarding the proper order for the lighting of the menorah. Beit Shammai maintains that on the first night, eight candles are lit, working our way down to one for the last night. Our practice follows that of Beit Hillel, namely that we start with one candle and only on the eighth night are eight candles to be lit. In trying to explain the rationale for Beit Shammai's position, the Talmud declares that it is meant to correspond to the parei hachag, the 70 young bulls that were brought on Sukkot in descending order with 13 on the first day and seven on the last day. What, we may ask, is the relevance of the descending order of the Sukkot sacrifices to Chanukah, a post-biblical holiday that has no korbanot?

Sukkot is the holiday where we focus on the nations of the world and our rightful place in it. The seventy korbanot represent the rabbinic notion of the seventy nations of the world. On Sukkot, we recognize that we are part of the larger world and that “the tabernacle of peace” must include all nations. The concerns of the world must be Jewish concerns. We do not and must not live on a secluded island, inured from worldly concerns and influences.

Yet at other times, we must be steadfast and even fight foreign influences. This is what Chanukah is all about. But as we light the Chanukiah, we must be cognizant of the fact that while now we are rejecting, we must also at times embrace the ideas and mores of our non-Jewish neighbors. Our challenge is to know when and what to reject and when and what to embrace. We can’t celebrate Chanukah without reminding ourselves of Sukkot. Rejection can never be the last word.

The story of Yosef - specifically Parshat Mikketz – is always read on Shabbat Chanukah. This is no coincidence. Yosef was the first to face the onslaught of a foreign sophisticated culture. What must be accepted and what must be rejected was a constant debate in his life. Yes, Yosef adopted an Egyptian name, spoke the language and wore the dress of Egyptian royalty. Yet in his essence, he remained true to his heritage, successfully raising two Jewish sons in Egypt. It is his sons, Ephraim and Menashe, who are invoked as the role models when Jewish parents bless their children every Shabbat. It is not by chance that of all the biblical figures, only Yosef is known as HaTzadik, the righteous one. He who finds that proper balance between rejection and integration truly is a tzadik. Our generation, more than any other, has the capacity to produce many a tzadik. Chanukah Sameach!