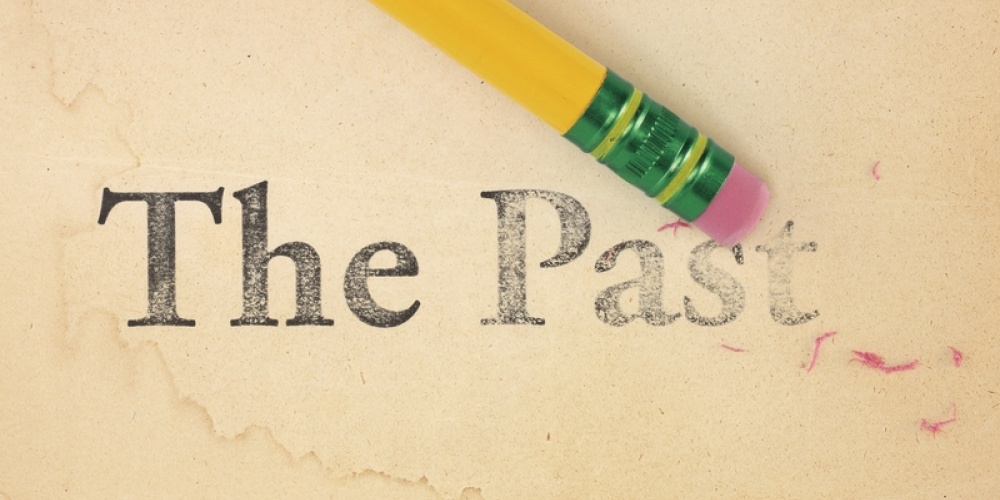 With the beginning of selichot season (at least for Ashkenazim), we turn our thoughts to the notion of teshuva. This most difficult concept allows past deeds to be forgiven and at times, even to be turned into mitzvot. But no matter how much we may try, we cannot just undo the past (Yoma 86b). We can learn from the past and, by learning from our past mistakes, we can be better people moving forward--hence, the power of teshuva--but we can't just erase the past.

"One who did not celebrate [by bringing the korban chagigah] on the first day of the festival can celebrate on the remaining days, and even on the last day of Yom Tov (Shmini Azeret). If the holiday ends and he did not offer his sacrifice, he is no longer responsible for it. On this, it is said, 'that which is crooked cannot be straightened, and that which is missing cannot be counted'" (Kohelet 1:15, Chagigah 9a).

The korban chagigah is the means by which we are meant to celebrate the shalosh regalim. But one cannot celebrate a holiday after the holiday is over. Once an opportunity to do a mitzvah passes, it is lost forever. The fact that one who misses daveningcan "make it up" by davening two amidot in the next prayer service is no contradiction. Fundamentally, prayer has no fixed time; our Sages assert "halevai, if only one would pray all day" (Brachot 21a). All day, every day is an appropriate time to approach G-d in prayer. Realizing the difficulty of sincere prayer, our Rabbis "limited" prayer to three times daily, and allowed one to make up for an unintentionally missed prayer. Yet even here, the Gemara says that "something that is crooked cannot be fixed" refers to one who intentionally misses a prayer service.

Rav Shimon ben Menasiae argues that the verse refers not to a lost opportunity, but to a terrible act, one that no amount of teshuva can undo. "This is the one who has relations with a woman forbidden to him and begets a mamzer". Missing out on the korban chagigah is one thing, but such cannot compare to adultery. Making matters worse is that having an affair not only destroys one, or more likely two families--it stigmatizes an innocent child for life. And even if a spouse wants to forgive this terrible act--one for which we are meant to forfeit our life rather than transgress (Sanhedrin 74a)--such forgiveness has minimal effect. Jewish law mandates that a husband must divorce his unfaithful wife (Sotah 27b)[1], who is forbidden to marry her adulterer.

Rav Shimon bar Yochai, focusing on the word meuvat, suggests that the verse refers to someone who was originally upright and then became crooked: "And who is this? This is a Torah scholar who departs from the ways of Torah".

The verse in question lends itself to multiple meanings, and the Gemara suggests alternate interpretations. Ben Heh Heh says it refers to a case where one is invited to join in a mitzvah and declines the opportunity. While this can refer to any mitzvah, coming from Ben Heh Heh, it takes on additional meaning.

Ben Heh Heh was a convert to Judaism, and Tosafot (Chagigah 9b, s.v. bar heh heh) explains that his name is a reference to Abraham and Sarah--the first converts to Judaism--who each had the letter heh added to their names[2].

Ben Heh Heh is quoted in only one other place in the Talmud, in the last Mishnah in Pirkei Avot. "Ben Heh Heh says: According to the effort is the reward". There is no greater opportunity than that of joining the Jewish people. It is one that takes great effort, and is fraught with many challenges. But it comes with great rewards. Like the examples cited above, it is something that can never be undone. However, unlike the examples above, it is the greatest ofmitzvot, one that brings the special love of G-d. For Ben Heh Heh, for one who embraced the Jewish people, giving up an opportunity to perform a mitzvah is almost inconceivable.

And it is this attitude that we must embrace and emulate. The harder we try, the greater will be the results.

[1] While a man who commits adultery is equally in violation of the most heinous of sins, the wife is not obligated to divorce her husband in such a case--as, according to theoretical Torah law, a man may marry more than one woman. Of course, in such a case, a woman may demand a divorce be given; but at least on this point, partial reconciliation is possible.

[2] Most interestingly, this teaching was said by Ben Heh Heh to Hillel, the champion of converts (see Shabbat 31a).

Thoughts from the Daf
Chagigah