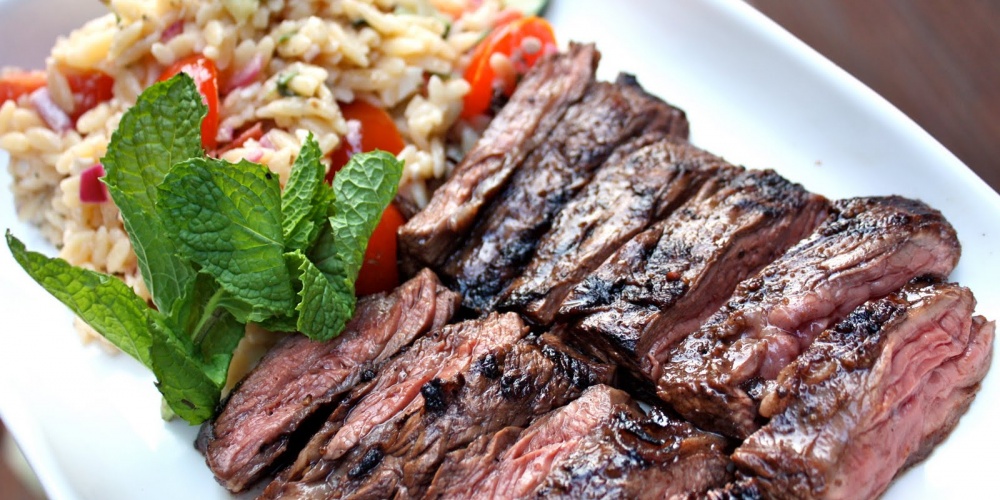 Jewish law prescribes not only that we make a blessing on food, but that we do so in the correct sequence. Thus, to cite a very basic example, we first make kiddush and only afterward make hamotzi. Not surprisingly, which blessing should take priority was a matter of Talmudic dispute, and the rabbis developed a number of principles to help us eat properly.

The Talmud relates how two of Bar Kappara's students were visiting, and out came a plate of food. When the first student rushed to eat the meat, the second student mocked him. Bar Kappara got angry admitting that while it may be true that the student acted as "one who has never tasted meat before, is that any reason for you to laugh?"

The Gemarah then makes the startling comment that the students "did not complete the year", or to put it more bluntly, they died. As seen by the harsh punishment given to Moshe Rabbeinu and Nadav and Avihu, our scholars and leaders are are often judged in ways we can not understand.

Almost as an afterthought, the gemarah then explains on what point of law these two students who kindled their teachers' anger were arguing. Of course,in the broader scheme of things, that was irrelevant.

Making fun of one whom you believe has made a mistake is a terrible thing to do. And while perhaps not as hurtful--and hence, Bar Kapara's anger was originally directed elsewhere--there is no excuse for a student not to ask his teacher, who is standing right next to him, to clarify a point of law. The food will be just as good a few minutes later.

We all are prone to mistakes, but how we react when others make one and what we do to try and avoid them can be a matter of life and death.