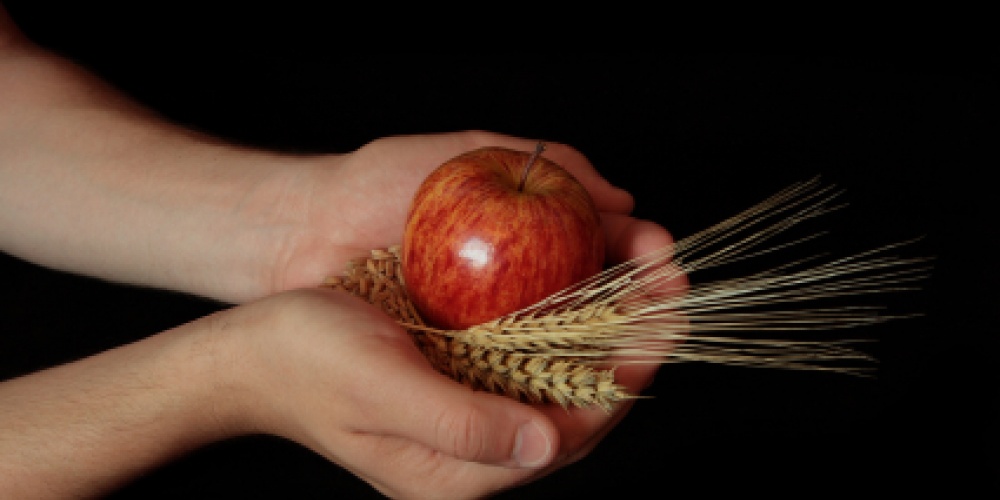 The opening Mishnah of the sixth chapter of Brachot discusses the various blessings one makes on different types of food. The Talmud attempts, but is unable, to find a scriptural source that tells us that one must make a blessing before eating, finally concluding that we need no source. It is a sevarah, a simple, obvious, logical inference that one must bless G-d before we eat, as "it is forbidden to benefit from this world without a blessing" (Brachot 35a). Verses in the Torah are (generally) needed only to tell us that which we would not otherwise know. Basic gratitude, both to G-d and to our fellow human beings (and even to other life forms), needs no source.

The Talmud then makes a rather startling claim, that one who fails to make such a bracha is a "friend of Yeravam ben Nevat, who destroyed [the relationship] of the Jewish people to their Father in heaven". There are few people who caused more harm to the Jewish people than Yeravam, the king who managed to permanently split the Jewish people. He is the classic example of a sinner who causes others to sin, and is one of the very few our Sages claim have no share in the World to Come.

Yes, it's inappropriate not to make a bracha, but comparing one who fails to do so to Yeravam ben Nevat seems a bit much!

Our rabbis understood that evil begins with the small things. Cheating on a test or failing to report the winnings of the office pool on our tax return may be the precursor to failing to disclose pertinent information to a potential investor. Those arrested for fraud and the like never begin at such a "high level". The Nazis, yemach shemam, did not begin with the Final Solution. On a more positive note Rudy Giuliani understood that the way to lower the crime rate is to start by cleaning up the graffiti and fixing the broken windows.

Showing basic gratitude is the simplest but most profound of activities. One who does so is much less likely to lie, cheat or gossip. Someone who is filled with gratitude is someone who will share their blessings with others, and bring people together.

There is a long road to travel from failure to recite a blessing to Yeravam ben Nevat. But the path to such evil begins with a small misstep. Lets us make sure we walk in the right direction.

Tu B'Av: Breaking the Glass »
VaEtchanan: Beyond the Law »
Marriage over Mourning »
Tisha B'Av: Back to School »
Shabbat 139: It's Good to Forget  »
Devarim: Justice Justice You Shall Not Pursue »
The Nine Days: Aharon's Yahrzeit »
Massei: Living in Canada »
Pinchas: Three Models of Leadership »
Chukat: Undressing Aaron »