BeShalach: Dying in the Desert 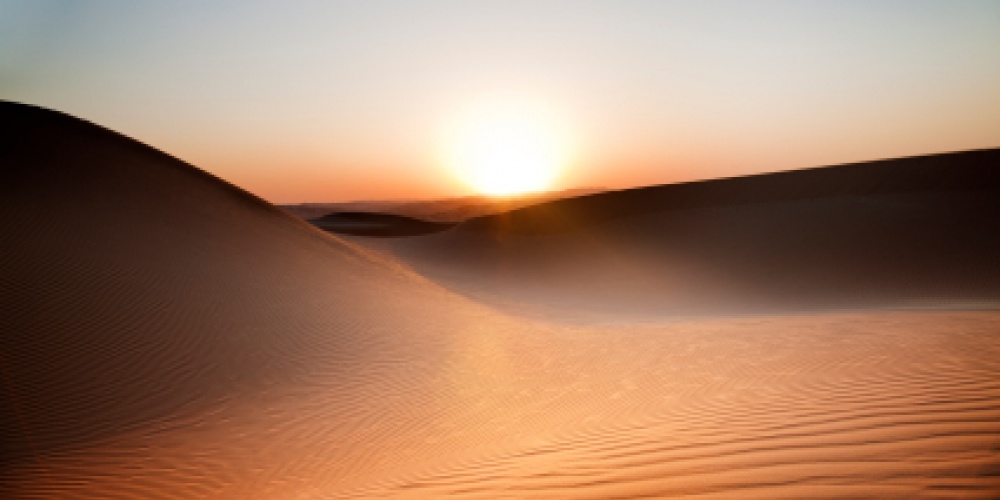 “And Pharaoh approached...they saw the Egyptians marching at their rear, and the people became very frightened. The Israelites cried out to G-d....They said to Moshe, ‘It would have been better for us to be slaves in Egypt than to die in the desert’” (Shemot 14:10-12).

Days earlier, the Jewish people had triumphantly left Egypt, walking right past the Egyptians in broad daylight (Shemot 12:41). Surely, after all that they had witnessed, the sight of a few hundred Egyptian chariots should not have shaken their faith. Yet at first sight of the pursuant Egyptians, hysteria broke out. Disheartening, but not at all surprising. As the Ibn Ezra notes, such behaviour is to be expected. Having been raised from birth to fear their taskmasters, they did not have the psychological ability (not to mention military training) to fight. One's mindset is often more important than the reality one faces, and for the slave, fear and inertia reign supreme. It is this reality that allows dictators to hold on to their power with relatively few enforcers.

Precisely because the reaction of the Jewish people was most natural—and to be expected—Moshe did not get angry with them. He understood their frustration and fear, and showed no signs of disappointment, despair or distrust of the Jewish people. These were feelings that he would (understandably) often display over the next forty years. However, in this case, he gave them a pep talk, telling them not to fear as once again, G–d would come to their rescue.

Yet it was not faith in G-d that the Jewish people lacked. Their reaction upon seeing the Egyptians was to “cry out to G-d”. As Rashi notes, they “grasped the ways of their fathers”, following in the footsteps of Abraham, Yitzchak, and Yaakov, who established the concept of thrice-daily prayer. The complaining of the people was directed towards Moshe (foreshadowing much of the next forty years), as if he was preventing them from receiving G-d's kindness. Only with the crossing of the sea, when they witnessed the drowning of the Egyptians, did the Jewish people “believe in G-d and His servant Moshe” (Shemot 14:31). A few weeks later, these same people would display great faith in Moshe and little in G-d as—with their leader missing—they built the golden calf. The Jewish people have always been a fickle lot.

Ironically, their fear of dying in the desert would be realized. Their cry that it would have been better to be slaves in Egypt rather than die in the desert seems, in retrospect, quite reasonable. After all, despite the hard work, life in Egypt was not that bad. On more than one occasion, the Jews yearned to go back to Egypt, where they “fondly remember[ed] the fish that we ate for free, with cucumbers, melons, leeks, onions and garlic” (Bamidbar 11:5). Life was such in Egypt that our Sages note most Jews had no interest in leaving, something no one could ever say about Eastern Europe of the 1940's.

While this yearning might have been true from an individual perspective, it wasn’t from a Jewish one. The Jews who left Egypt formed the crucial link between slavery and freedom. It is just not possible for a people to transform from slaves to independence in the same generation.

Leaving the land of Egypt was an act of great faith, and most Jews were not up to the challenge. In fact, leaving Egypt was so great that on Rosh Hashana, we ask G-d to judge us favourably in the merit of our ancestors who did just that. Yet this same group of Jews would not, could not, be the ones to enter the land of Israel. They sacrificed their lives so that the Jewish people could become a great and independent nation.

One can think of no greater miracle than a people wandering from place to place for century after century and then building a flourishing country in such a short time. The transformation we have experienced in one lifetime—from the depths of the Holocaust to citizens of a remarkable state, one that leads the world in so many areas—is so miraculous that we often fail to recognize its magnitude. Many sacrifices have been made so that Jews can be free once again. And all is not perfect. Yet we who have witnessed the hand of G-d in history must answer that call, as we strive to build a nation that will continue to bring more and more light into the world.