Behar: The End of the Torah 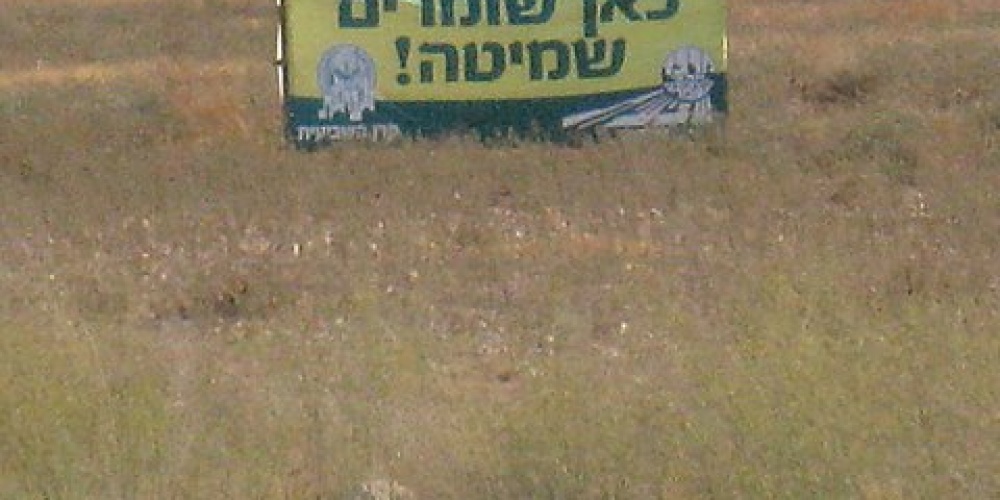 The Torah was edited with great precision. This is the idea behind the notion that "there is no chronological order to the Torah". Items are placed were they can teach the greatest messages—form can be as important as substance.

For example, the Torah records Yitro's advice to Moshe to set up a court system, and to delegate to them much of the task of interpreting Jewish law, immediately prior to the giving of the aseret hadibrot. This, despite the fact that this advice, by definition, could only have been given after Sinai. Yet the Torah wants to teach (amongst other messages) that "there is wisdom in the nations" and that wisdom is a prerequisite to Torah. It is an application of the notion that derech eretz kadma leTorah—that, literally, the ways of the land must precede Torah; if we don't have the proper procedures for delivery it makes no difference how great the message is—it will be an ineffective one.

Parshat Behar opens with a most unusual expression: "G-d spoke to Moshe at Mount Sinai, saying". As the Hizkuni notes, the expression "on Mount Sinai" means that this portion of the Torah was given on Mount Sinai itself, before Moshe came down with the second set of tablets on that first Yom Kippur.

While we tend to teach that the entire Torah was given at Sinai, such is figuratively but not literally true. Most of sefer Bamidbar and much of Devarim is a reaction to historical events that occurred after Sinai. Rather, at Sinai, the aseret hadibrot were given along with parshat Mishpatim and scattered other mitzvoth—such as the laws of shmitta, which open our parsha. The majority of the Torah was given throughout the course of 40 years—or more precisely, in the first and last years of the wandering in the desert—and hence, they are not introduced with the expression "behar sinai[1]".

What is not explained is why specifically the laws of shmitta were given at Sinai, and why those laws were not recorded in sefer Shemot with the other laws given at Sinai.

Clearly, the laws of shmitta are of central importance, reflecting G-d's dominion over the world. We may only sub-lease our land from the Master of the Universe—it is to lay fallow every seven years, and reverts back to its original owner every fifty. As explained in sefer Devarim, the laws of shmitta also cancel outstanding debts, demonstrating once again that our possessions are given to us only "in trust"[2].

The laws of shmitta thus serve as preparation for entering the land of Israel and, apparently, our ticket to remaining in the land. The Torah warns that failure to observe the laws of shmitta will lead to exile (see Vayikra 26:32-35).

[1] In a famous comment, Rashi notes that the Torah uses the expression behar Sinai to teach that—just as the laws of shmitta, in all its details, come from Sinai—so, too, does the entire corpus of Torah come from Sinai. A precise reading of Rashi—and no others should ever be tolerated—will note that Rashi uses the phrase "miSinai", from Sinai, as opposed to “beSinai", at Sinai. The entire Torah is based on the events at Sinai, but not all of it was actually given at Sinai. As strange as it may sound it is impossible to claim otherwise.

[2] It is prohibited for one to refuse to lend money due to the fear of non-collection, and it is similarly forbidden to purposely delay repaying a loan so that it becomes uncollectable.

[3] One of the conditions needed before yovel can be observed is that the majority of the people of Israel are living there. That may already be the case, and if not, it will PG be so very soon.

[4] How the laws of shmitta are to be observed today is a most complex issue.