Beha'alotcha: It's Good to Complain 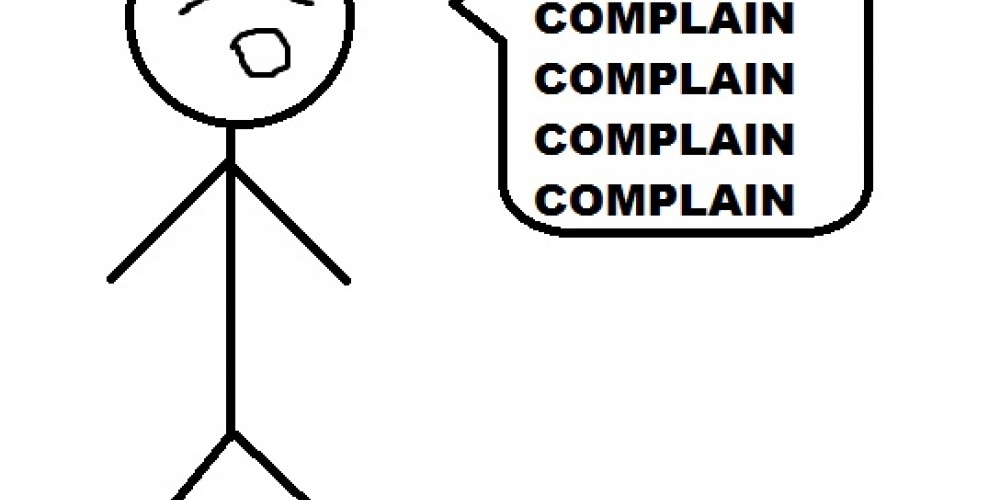 One of the causes for disappointment with the generation that left Egypt was their constant complaining.  Each week, as we study Sefer Bamidbar, we witness another complaint, often more than one per week. Whether it's the food, the drinks, the leaders, the religious obligations, the long journey, or the dangers lurking, there is always something to complain about.

The lesson some derive from this is the destructiveness of complaining, and the importance of being accepting of, if not happy with, with our lot. While there is much to be said for such an approach, complaining does have its rightful place. Without complaining, one learns to accept one's lot. Yet often such acceptance is just plain wrong. Complaining is the initial first step in an action plan to make things better. As believing Jews, we know that it is G-d who controls the world; and thus, it is to G-d we must turn to with our complaints.

"Moshe returned to G-d (after his initial meeting with Pharaoh) and said, ‘O Lord, why do you mistreat Your people? You have done nothing to help Your people" (Shemot 5:22-23).  While there is some midrashic criticism of Moshe, the Biblical text tells us that this harsh complaint was followed by G-d's promise to redeem the Jewish people. The complacency of the Jewish people in accepting their subjugation did not allow for redemption. Only one who has the courage and foresight to gripe about what should be unbearable circumstances can lead the people to freedom. It appears as if G-d actually wanted Moshe to complain—that being the secret to redemption.

While Sefer Bamidbar is full of destructive complaining, it also has much complaining of a positive nature. The daughters of Zelofchad were unwilling to accept that their "father's name be diminished merely because he did not have a son" (27:4). Our Sages note that we bring merit through the meritorious, and their complaints were followed by the verse, "G-d spoke to Moshe, saying, ‘the daughters of Zelofchad have a just claim’". In this week's parsha, it was the griping by those who had been in contact with the dead and thus were unable to participate in the Pesach offering that led to the laws of Pesach sheni. Interestingly, the same language—lama yi’nigara—is used in both cases.

There is another complaint at the end of the parsha that demarcates the very fine line between a legitimate complaint and bickering. The Torah, rather cryptically, describes Miriam (and to a lesser extent Aharon), "speaking" about Moshe. While her criticism of Moshe was unwarranted, Miriam's complaint was based on her (mistaken) understanding of her spiritual position: "Is it to Moshe exclusively that G-d speaks? Doesn't He also speak to us?" (12:2). While she was punished with tzara'at for this statement, Moshe pleaded for her speedy recovery and "the people did not move until Miriam was able to return home" (12:13).

This distinction between good and bad complaining is actually stated right in the Chumash.  "And the people were mittoninim ra", literally, “complaining bad”. If there is bad complaining, then there must be good complaining. And the difference, as articulated by the Torah, is clear. The Torah does not tell us what the mittoninim complained about. There are some who can be counted on to complain about anything; after all, nothing is perfect. They may not even need a specific reason; complaining may be just a knee-jerk reaction. That is bad complaining. But there are those whose complaints are rooted in a desire to help others, to come closer to G-d, to right an injustice, or because of their love for the land of Israel. That is good complaining, even—perhaps especially—when it is directed towards G-d.

While our complaints are often too numerous and too petty, ironically, we often do not complain enough. It seems to me that we are all-too-willing to accept mediocrity in our spiritual lives. We often lack that push to strive for excellence that ensures that good does not become the enemy of great. May we learn to complain wisely.