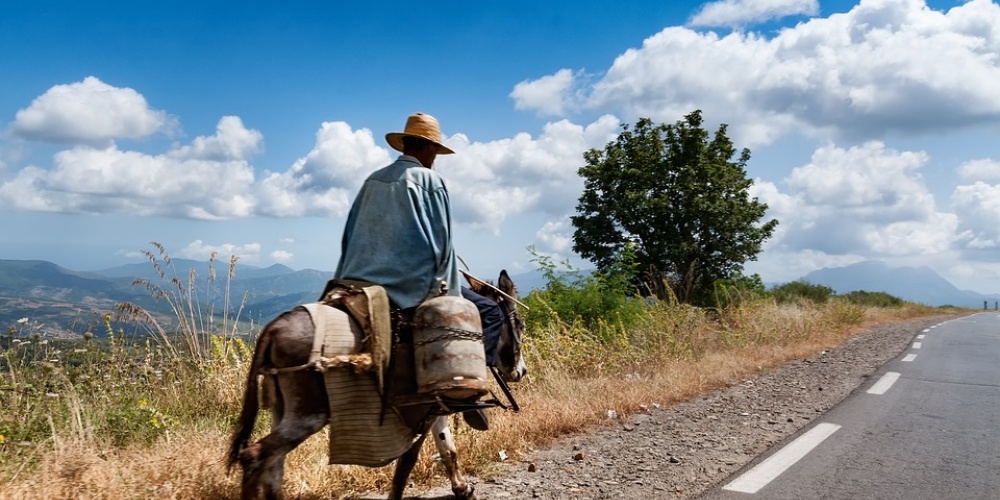 What a waste of talent. “No other prophet like Moses has arisen in Israel who knew G-d face to face” (Devarim 34:10).  Our Sages, in an astounding comment, assert that in Israel, no prophet arose like Moshe—but that amongst the nations of the world, there did arise an equal to Moshe, namely Bilaam.

Here was a gifted prophet recognized throughout the world for his immense abilities. A man who, greeted by the leaders of Moav, told them to sleep over while he consulted with G-d. Bilaam let it be known that “even if Balak gave me his whole palace full of gold and silver, I would not be able to do anything great or small that would violate the word of G-d, my Lord” (Bamidbar 22:18). And true to his word, he never did violate any of G-d’s commands. He, like the Avot, built altars and offered sacrifices to G-d. His penetrating insights into the strengths (and weaknesses) of the Jewish people were such that his words, “How goodly are your tents, Yaakov, your tabernacles, Israel” (Bamidbar 24:5), serve as the opening to our Siddur. Bilaam “realized that G-d desired to bless Israel” (Bamidbar 24:1) and therefore, he obliged. His obedience to G-d was such that finally “Balak got angry with Bilaam and struck his hands together; ‘I brought you to curse my enemies but you blessed them…now run away to your home’” (Bamidbar 24:10-11).

Yet clearly, despite all his outer appearances of piety, Bilaam was no tzadik. In fact, he is known as Bilaam HaRasha, Bilaam the Evil One. “And Bilaam the son of Beor they killed by the sword” (Bamidbar 31:8). Our Sages in Pirkei Avot contrasted his true character with that of Avraham. Instead of modeling himself after the first Jew, with his good eye, humble spirit and undemanding soul, he used his enormous talents in the opposite way: with an evil eye, a haughty spirit and a demanding soul (Avot 5:22). What happened?

“In the path that a person desires, he is led” (Makkot 10b). So state our Sages with regard to Bilaam. While G-d did not forbid him to go to Balak, it was clear that G-d did not want him to go, either. Not everything that is permissible should be done. The Ramban, in his famous explanation of Kedoshim Tihiyu (Vayikra 19:2), the obligation to “be holy”, explains that one can follow the Torah to the letter and still be a disgusting person, a naval b’reshut haTorah. Bilaam fit this description perfectly.

There is, however, much more. Reaching great heights takes hard work, discipline and the ability to control and sublimate our base desires. Personal wishes and wants cannot always be fulfilled. This has nothing to do with talent–which Bilaam had in great abundance–and everything to do with desire. What type of life do you truly want for yourself? A life of fulfilling a divine mission, or one of satisfying your own desires? Serving G-d is not always easy, but if you want to badly enough, no obstacle will or can stand in your way. Avraham, Moshe, and all our great leaders struggled mightily at times with their desires. They learned to channel them for the service of G-d, something Bilaam was not willing to do. The Tiferet Yisroel (Kiddushin 4:14) quotes an amazing story, the (very basic) outline of which runs as follows: Experts, analyzing the facial features of Moshe Rabbeinu, came to the conclusion that he was an evil person, full of arrogance, prone to excessive love of money, “and all other faults”.  The King, who knew of Moshe, could not understand this and traveled to the desert to meet Moshe himself. Moshe told him that the experts were right, as by nature he, Moshe, was “no good”, even worse than had been described. Yet through hard work, he explained, he was able to conquer his evil traits, channeling his energies to developing positive ones.

Bilaam could have been a Moshe for the nations of the world; instead he was just Bilaam, meaning a man b’lo am (Sanhedrin 105b)–without a nation, without a following. We can use whatever G-d-given talents we may have to follow in the path of Moshe, or in that of Bilaam. “In the path that a person desires, he is led”.