Avodah Zarah 27: Time for a Haircut 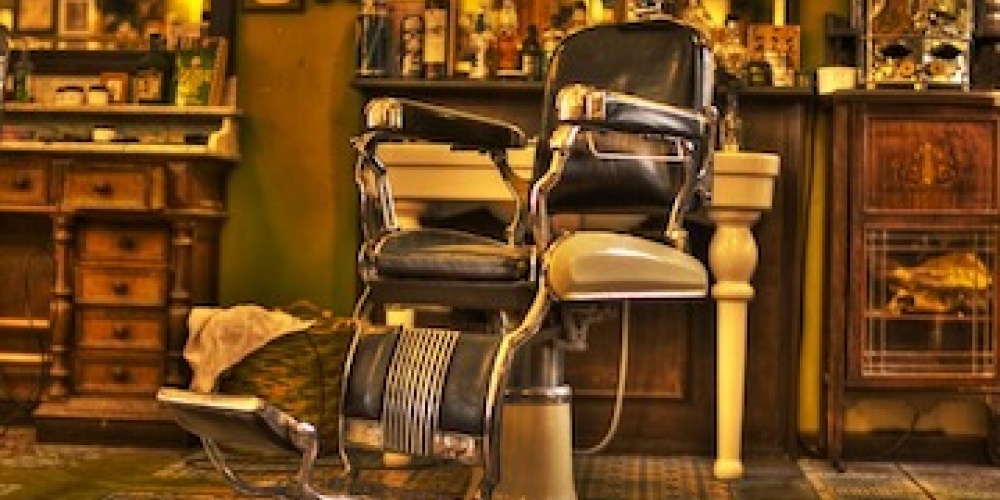 Imagine going to the barber and fearing that barber may take his razor and slit your throat. Or going to a doctor who may purposely give you medicine that is designed to kill you. What if one had to live in constant fear of one’s neighbours, never knowing whom to trust? Sadly, such was the reality for much of our history.

“One may not get a haircut from them [idolaters] in any place. These are the words of Rav Meir. The Sages say that in a public domain it is allowed, but not in private” (Avodah Zara 27a). The Sages and Rav Meir both agree that given the chance, an idolater is liable to kill a Jew – perhaps seeing such as a religious ideal. As our Sages saw it, religious belief and moral behaviour went hand in hand, with those lacking or misguided in the former assumed to be lacking in the latter[1]. Given the great emphasis Judaism places on pikuach nefesh, preserving life, it is not surprising that our Sages feared the worst and took necessary precautions. About this, there was little disagreement.

What Rav Meir and the Sages do disagree about is whether we need to fear that the idolater might kill the Jew even if others might be watching. The Sages say he would not; surely, people would stop him or prosecute him if he did such, with the fear of punishment serving to deter him from doing harm in the first place. Rav Meir disagrees, afraid that killing Jews might be so acceptable that one could do so with impunity, even in public. How sad to have to issue such a ruling! Yet having lived through the Hadrianic persecutions and having witnessed the horrific torture that his father-in-law, Rabbi Chananya ben Tradyon, had to endure as he was being killed by the Romans (see here), his views become most understandable.

It was not only the murder of Jews that the Sages feared. While terrible, killing those who were viewed as a threat to the regime has some twisted logic to explain it. As we all too tragically know, one can be cultured, sophisticated and educated and yet perpetrate the greatest of evils.

Our Sages assumed that for the most part, ancient idolaters were little more than barbarians, with little class and few morals. They ruled that one could not entrust one’s animal to an idolater, lest they engage in bestiality. One could not let them handle food as one had to fear that they would replace kosher food with non-kosher.

While one would hope that these enactments were a bit excessive, that was likely not the case. It is a rule of rabbinic jurisprudence that all rabbinic laws must have a legitimate reason for enactment. A decree may be issued only if the fear of a particular outcome is reasonably likely to occur. “For something that is not common, our rabbis do not issue decrees” (Beitza 2b). Hence, these laws reflected the reality of life – something that thankfully is hard for most of us to imagine, but that any Holocaust survivor would understand all too well; and tragically, this is still the case in too many parts of the world.

Yet despite the suffering they may have endured and despite their desire to eradicate idolatry, our Sages ruled that we must feed, visit the sick and bury the dead of idolaters (Gittin 61a). In other words, the same acts that epitomize our love for our fellow Jew must also be done for those who worship the “stars and the constellations”, i.e., those whose beliefs could not be further from our own.

Highlighting its importance, the Rambam quotes this halacha in no less than four places: in the laws of idolatry (10:5), laws of gifts to the poor (7:7)—where the Rambam adds a requirement to provide clothing to idolaters, a requirement not mentioned in the Talmud—the laws of mourning (14:12), and the laws of kings (10:12). He then adds a rhetorical flourish, quoting the verses, “G-d is good to all, and His mercy to all His creations (Tehillim 145:9), and the ways of Torah are the ways of pleasantness, and all its pathways are peace" (Mishlei 3:17) to explain why we have to extend mercy to idolaters.

Some may argue that these laws mean little, as they were instituted “only” to promote peaceful relations, but in theory, Judaism cares little about idolaters. I would argue that this reflects the greatness and continuing relevance of Torah. Doing something for peace is the essence of Judaism – “The Holy One, blessed be He, could find no vessel to hold blessing for Israel except for that of peace” (Mishna Oktzin 3:12[2]).

Furthermore, the Torah is much less a book of theory than one of practice, meant to be applied in the real world. Had Judaism remained static in its theoretical purity, Judaism would have long ago ceased to be relevant and would have few, if any, adherents. Whereas the written law reflects Torah in theory, Torah in practice is determined by the Oral Law, which can be quite different. We do not require “an eye for an eye”, nor do we kill the owner of an animal who has killed for a second time (see Shemot 21:29). These may be the appropriate punishments in theory, in the system of Divine justice and we must internalize the Torah's crucial message that money can’t repay an eye and an owner, in theory, deserves to die for not watching his ox. Yet that is not how Jewish law is meant to be applied in practice. In a similar vein, it is crucial that we recognize the overarching importance of monotheism, but that has little to do with how we are to treat an actual idolater.

In addition to helping idolaters, we must allow them to enter our fields to glean the leket, shichicha and peah that farmers leave for the poor. We must even greet idolaters on their pagan festivals, wishing them well.

It is not only peaceful relations that we seek; we must learn from them when appropriate. It is “a worshipper of the stars from Ashkelon” who the Sages give as the model of kibbud av v’eim (Avodah Zara 23b). This is worthy of much reflection. In looking for models for one of the most important mitzvoth of the Torah—one of the very few that promise length of life— our Sages found the best example to be that of a idol worshipper. It almost defies belief. When our Sages said that we should learn from “all people”, they really meant it.

[1] It is this equation that many later authorities sought to downplay or eliminate altogether. The reality of people practicing what Judaism undoubtedly had characterized as idolatry, yet who were not evil, forced legal authorities to reexamine this link. See our discussion of this most practical issue here.

[2] Significantly, this is the very last of the over 4,200 Mishnayot in the six orders of the Mishna, i.e., the teaching we are to be left with when we complete a cycle of learning.